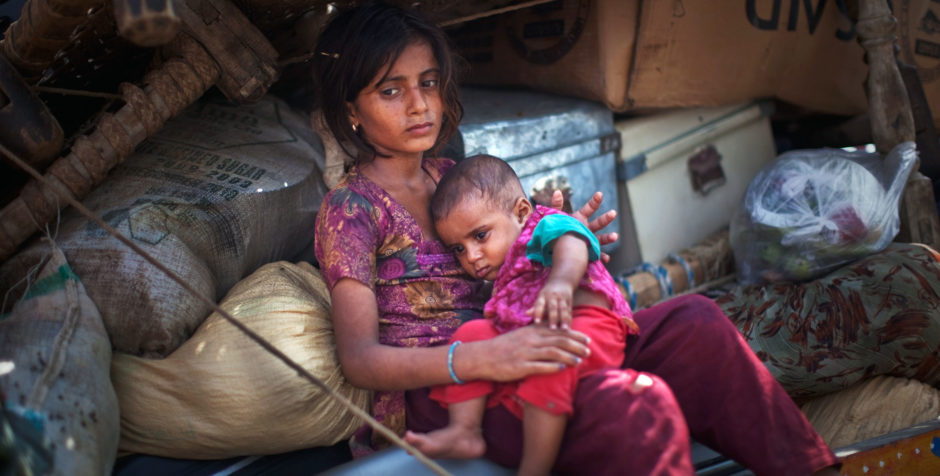 Another Christian Family is Murdered in Pakistan

Violence against Christians in Pakistan just keeps escalating – this time with ISIS taking the credit – as mobs rule and the government continues to look the other way.

ISIS has claimed responsibility for the cold-blooded assassination of a Christian family in Quetta, Pakistan the day after Easter. The family of four Christians who’d come to the city to visit relatives was riding in a rickshaw when reports say gunmen on motorcycles surrounded them on both sides and opened fire before speeding away. They left only one survivor – a 12 year-old girl who was taken to a local hospital and treated for injuries.

This attack comes just over a year after ISIS took credit for two suicide bomber attacks on Churches in Egypt on Palm Sunday.

These latest jihadist murders just add to the many violent attacks committed against Christians in Pakistan. In the days before this Easter holiday, we reported on another eruption of violence against Christians – this time a mob hurling bricks at Christians trying to hang a Palm Sunday banner for their church.  Just a few weeks before that, Christians were beaten by a mob with clubs. In fact on Easter Sunday just two years before, a jihadist suicide bomber attacked a park in Pakistan, killing 18 Christians.

Christian families have been driven from their homes by angry mobs threatening to burn their houses to the ground. Multiple churches have been attacked and bombed. And we continue to advocate for Asia Bibi, the Christian mother of five, falsely accused of blasphemy and sentenced to death because of her faith.

These are not isolated incidents. Pakistan is currently not a safe place for Christians, despite the fact their government said it would abide by international agreements to protect religious minorities. So far there has been little evidence of any protection.

In fact in some parts of Pakistan, Christians can’t even count on protection from the local authorities. Last year, a gang of police officers in Sheikkupura, Pakistan beat an eighth grade Christian student to death over a schoolyard scuffle with a Muslim student. Our affiliate, the European Centre for Law and Justice (ECLJ), through its Pakistan office – the Organization for Legal Aid (OLA) – was able to secure a victory against the attackers.

While not perhaps the justice we’d expect here at home, it is at least a positive turn in a nation where attacks on Christians largely go unpunished. But it’s far from an end to the threat of violence Christians are living under.

Recently, we appealed to the United Nations, through the ECLJ, to remind Pakistan of its commitment to protect religious minorities against human rights violations and to prosecute those who harass or commit acts of violence against them.

ISIS is said to be weakened and losing ground, but these most recent vicious slayings are proof that the aftershocks of their Christian genocide are still actively being felt, not just in Iraq and Syria, but even in Pakistan. They cannot be permitted to gain another foothold in Pakistan.

The ACLJ will continue to monitor the situation in Pakistan and fight on behalf of persecuted Christians at the U.N., here at home before Congress, and globally through our affiliate offices.

Stand with us to demand protection for Christians around the world.