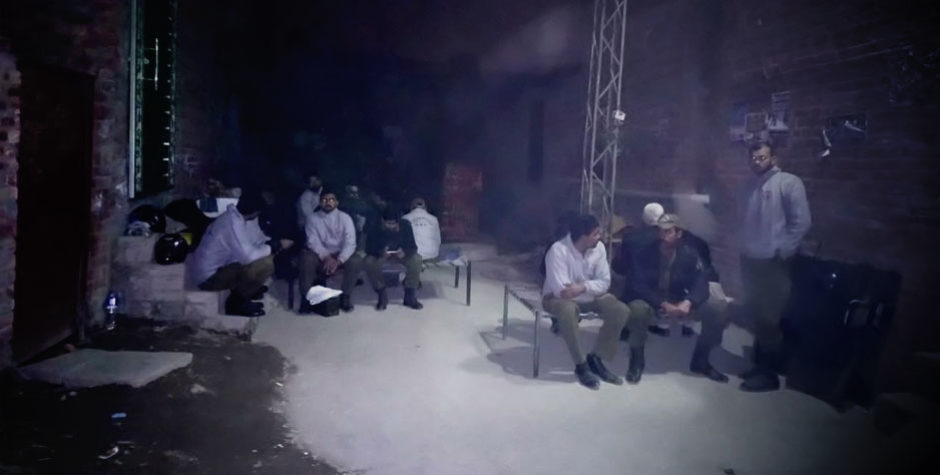 We parents constantly caution our children, particularly teens, about what they post on Facebook and other social media. We never imagine it could lead to a child’s execution. For Christians living in Pakistan it can turn into a real life horror story.

On February 20, 2018, at least 800 families fled a Christian neighborhood near Lahore, Pakistan following the arrest of a 20-year-old Christian man, Patras Masih, who was accused of posting allegedly blasphemous material on Facebook over a month before.

Our international affiliate, the European Centre for Law and Justice’s (ECLJ) office in Pakistan, the Organization for Legal Aid (OLA), went to Shahadra, Lahore, after hearing of the incident. They spoke to the local police Station House Officer (SHO), who said that Patras Masih was in police custody, and that it would be best if the local Christians did not return to their homes for two or three days until the situation had cooled down. The Head Constable told us that, according to the allegation, Patras had posted a picture on Facebook putting a mosque under his feet.

A Pakistani daily reported that on February 19 a mob set tires on fire and blocked part of a main road in Lahore, home to the largest population of Christians in Pakistan, demanding that Patras be publicly hanged for disrespecting the prophet Muhammad. A local pastor told World Watch Monitor that several men in the gathering demanded that Patras Masih be delivered to them. Gas cans in hand, they threatened to set the neighborhood on fire if the mob’s demands were not complied with. Consequently, over 800 families fled the neighborhood where the mob gathered.

According to his uncle, Patras was arrested the evening of January 19. A press conference was held the next day with a few Islamic clerics and Christian leaders at the Shahdara police station, after which the leaders signed a joint statement calling for a return of peace, and stating that “[Christians] will respect the religion of Muslims and holy places and their religious festivals and they [the leaders] will teach this to the members of the community.” Patras’ family is now in hiding.

On February 23, Pakistani news agencies reported that Patras’ cousin, Sajid Masih, jumped from the fourth floor of the Federal Investigation Agency’s (FIA) building. According to a video testimony recorded at the hospital, Sajid stated that the officials summoned him to their office. After he went there, they beat him. When he asked why they were beating him, they said that his fault was that he was Patras’ cousin. He further stated that the officers demanded that he sexually abuse Patras. Sajid said that he couldn’t do that, and when the officers got upset he ran and jumped out of the open window. The FIA has also filed a case against Sajid for attempted suicide.

We ask you to keep Patras, his family, and the many other Christians of Lahore in your prayers, especially for their safe return to their homes and for the police and other Muslims to deal with the situation wisely.

Lahore, Pakistan is the same city where we told you a suicide bomber detonated an explosive at an Easter Service held by local Christians, killing over 70 innocent people, many of the victims young people and teens. Our own affiliate office in Pakistan was on the ground and our team surveyed this devastation personally.

After that is was an attack on a Christian church during Sunday services. And the heartbreaking sagas of Asia Bibi, the Christian mother the ACLJ continues to fight for, locked away in prison, awaiting execution for the “heinous crime” offering a Muslim a glass of water. Pakistan is getting more dangerous and less peaceful for Christians.

It’s no wonder the United States has stepped up, cutting all foreign aid to Pakistan until they take action, and the U.S. Department of State has placed them on a Special Watch List for violations of religious freedoms. As we reported, over the last 15 years we sent Pakistan nearly $34 Billion. Not anymore. The President has frozen over a billion dollars earmarked for aid to Pakistan until they fix this horrific situation.

But the world’s leaders must intervene as well. We have filed a report through our European office to the U.N. Human Rights Council documenting these atrocities. The U.N. must demand Pakistan protect Christians and bring these violent agitators to justice.

This latest incident is only further proof abuses against Christians in Pakistan are out of control. No child should be killed for a Facebook post, nor should anyone be harmed for their faith.

The ACLJ will continue to fight on behalf of persecuted Christians at the United Nations, here at home before Congress, and all over the world through our affiliate offices.