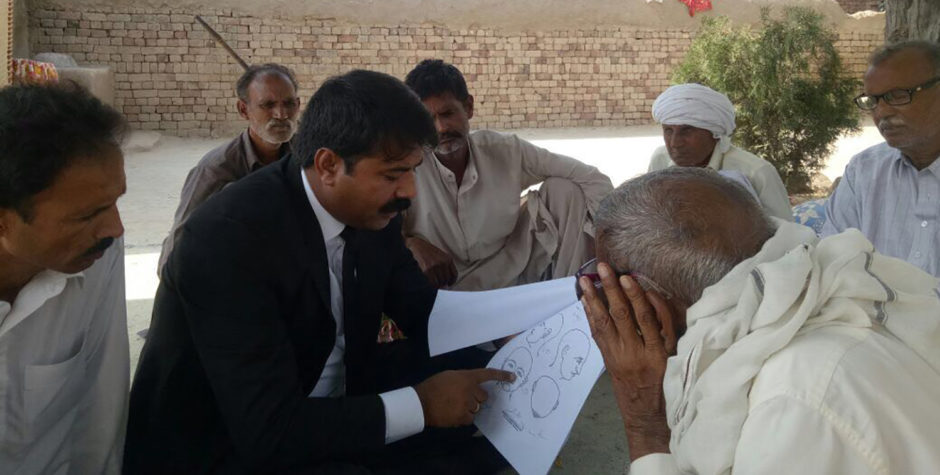 Over the last several weeks, the Organization for Legal Aid (OLA), the Pakistani office of our international affiliate, the European Centre for Law and Justice (ECLJ), has worked diligently to secure justice for a Christian family whose teenage son was murdered by local police officers.

In October 2017, we first reported the tragic circumstances surrounding Arslan Masih’s death.  Because the accused were police and that Arslan was a Christian, the authorities were ready to look the other way but Arslan’s family protested by blocking the road to the police station.  Eventually, the authorities filed the charges and the officers were arrested.  The family sought help from our office who agreed to seek justice on their behalf.

A few weeks ago, we reported a promising court ruling that denied one of the defendants’ bail.  Pakistani law prohibits bail where the defendant could be sentenced to death unless the allegation is without supporting evidence.  At the hearing, the prosecutor and our attorney on the ground, Khurram Maan, argued that this case does not fall within the exception because there is “tangible, convincing, and cogent evidence” of the defendant’s guilt. The court agreed and denied the Defendant bail.  This holding sent a clear sign to the defendants that they might be punished for Arslan’s murder.

The Pakistani system, which is a mix of British common law and Shariah law, considers acts such as murder, battery, or assault as crimes against the person rather than against the State.  For this reason, under restitution (diyat) and an eye-for-an-eye or equal punishment (qisas) laws, the victim or his legal heirs can pardon an otherwise guilty aggressor with or without compensation.

Additionally, because of the high level of corruption in Pakistan, powerful offenders (especially police officers) use their influence to coerce and threaten victims in order to stop otherwise meritorious prosecution claims. This is particularly true in cases where the victim is part of the Christian minority.

In February 2016, we reported about a similar case where a Christian man was tortured and killed by police. The police officers accused of the heinous crime threatened the family with more violence if the claim was not dropped. Succumbing to the threats, the family dropped the charges.

In contrast, when the legal heirs pardon the defendants (with or without monetary restitution), it means that the defendants accept their guilt. For this reason, the outcome in Arslan’s case is critical to Pakistani Christians because it shows that justice is possible with the proper help.

Although, from a western perspective, this may not seem as an ideal form of justice, it is a significant step in places like Pakistan where a poor Christian family like Arslan’s would not be at a level playing field with the powerful defendants.

We hope this case will serve as a deterrent against Christian persecution as well as encouragement for Pakistani Christians to stand their ground.