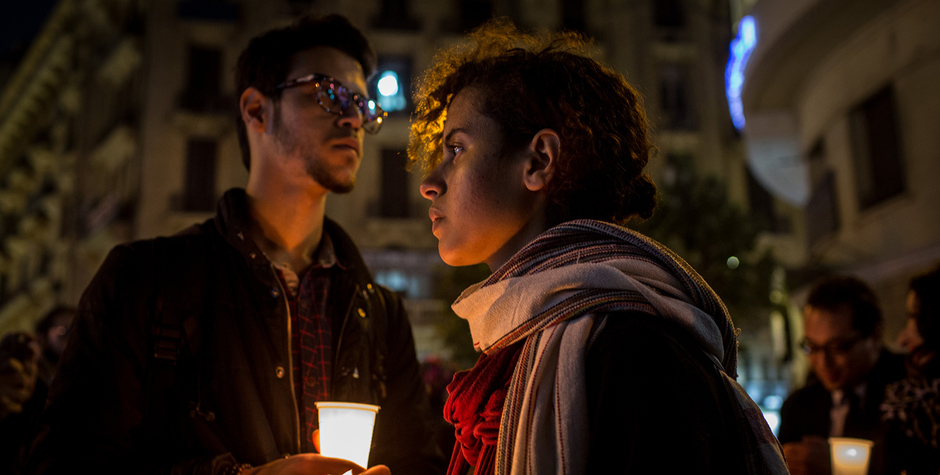 As Christians gathered in Egypt to celebrate Palm Sunday, ISIS (Islamic State) jihadists struck with two bombs. The blasts killed at least 47 and injured more than 100 others.

In the minority Christian community increasingly persecuted in Egypt, this is a heartbreaking jihadist terrorist attack occurring on one of the holiest days of the year.

ISIS’s intent is clear: eradicate Christians. It is spreading its ongoing genocide of Christians across the globe.

The first explosion targeted the Mar Girgis Church in the Nile Delta city of Tanta, some 60 miles north of Cairo, as worshipers attended morning services. . . .

The blast killed 29 people and wounded another 69, a health ministry official told state media. Footage aired on state television showed bloodstains on the floor of the church hall, shattered furniture and bloodied palm fronds as victims and survivors wailed in shock and grief.

Shortly afterward, a suicide bomber attempted to enter Saint Mark’s Orthodox Cathedral in the center of the coastal city of Alexandria, blowing himself up at the entrance after being stopped by police, the interior ministry said.

The cathedral is a major landmark in the city and had been the historic seat of the Coptic Pope. . . .

The incident took place as Pope Tawadros, the head of Egypt’s Coptic church, led a Palm Sunday service. He was unharmed but at least 18 people were killed and 40 others wounded, the interior ministry said.

Unfortunately, these attacks are not new or unexpected.  Just last Easter jihadists targeted Christians in Pakistan as they gathered to celebrate the Easter Sunday, killing 18 people in a suicide bomb attack.

These attacks track with what ISIS and other jihadists have been doing and saying they would do for years – target innocent Christians and other religious minorities on the holiest days of the year.

In an ISIS propaganda video released just a few weeks ago featuring images of the Coptic Pope, a masked ISIS militant warned, “O, worshippers of the cross . . . the soldiers of the state are watching you.” The video also referred to Christians in the Middle East as ISIS’s “favorite prey.”

Make no mistake – this is completely consistent with the atrocities being carried out against Christians and other religious minorities by ISIS in Iraq and Syria. It is further evidence of the genocide ISIS is committing.

We have been advocating for the persecuted for years. But in the last several months, we have ramped up our advocacy, submitting written legal filings and oral interventions at the United Nations in addition to urging Secretary of State Tillerson and the Trump Administration to fulfill their moral and legal obligations now that the U.S. government has declared that ISIS is committing genocide.

We are now preparing legal letters to the new U.N. Secretary General urging that international body to recognize the genocide and protect Christians and other religious minority victims.

Enough is enough. The bloodshed of the Church must end.

As Holy Week continues, we urge you to pray without ceasing for our persecuted brothers and sisters around the world.