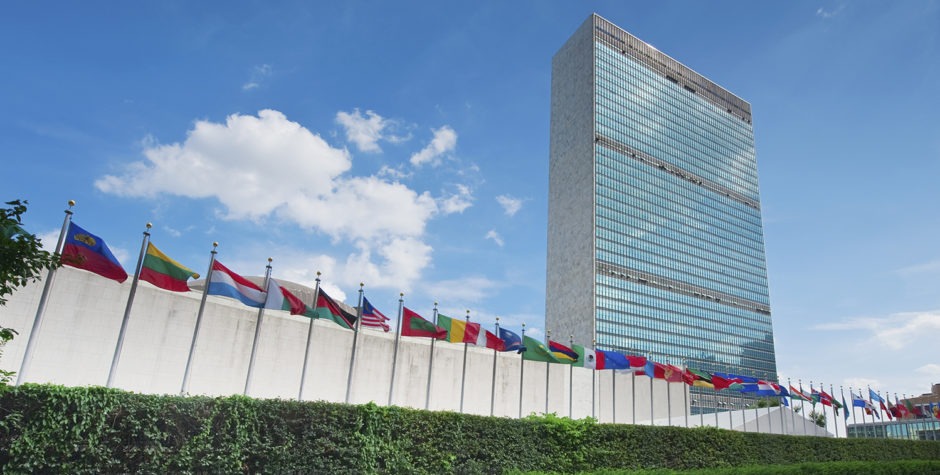 Demanding Action for Pakistan’s Persecuted Christians at the U.N.

For Christians in Pakistan, the nightmare of violence, brutality, and death continues to intensify. Innocent men, women, and precious children live in constant danger.

We just appeared before the United Nations (U.N.) Human Rights Council in Geneva through our affiliate, the European Centre for Law and Justice (ECLJ), to address the plight of Pakistan’s Christians. We asked that the U.N. to recognize this deplorable violence and push the Pakistani government to protect its own citizens regardless of faith:

In Pakistan, persecution and discrimination against Christians and other minorities are commonplace and the government has failed to bring perpetrators to justice.

Through its affiliate office in Pakistan, the ECLJ has firsthand knowledge of the plight of Christian and other minorities in the Islamic Republic of Pakistan.

Last December, gunmen and suicide bombers attacked a Methodist Church in Quetta, killing at least eleven people and injuring over fifty others. During the same month, a terrorist attacked a Christian neighbourhood in Chaman, killing three people, including a young boy.

Blasphemy laws are still a major concern in Pakistan. Just this month, over 800 Christian families fled their homes after a Muslim mob formed to attack them because a young Christian man was accused of posting blasphemous content on Facebook.

Asia Bibi, a Christian mother of five, and about 40 other people are currently on death row or serving life sentences under the blasphemy laws.

Police torture is yet another threat. Last October, six policemen beat a Christian student to death over an argument with some Muslim classmates. The ECLJ’s affiliate in Pakistan is representing the Christian student’s family, seeking justice. However, in cases of police torture, justice is rarely served.

The ECLJ calls the United Nations to request that Pakistan protect Christians and other religious minorities and bring the perpetrators of violence to justice.

Thank you for your attention.

The barbaric treatment of Christians in Pakistan seems to have no limits, while the Pakistani government turns a blind eye. Only recently we informed you about an Eighth Grade boy who was savagely beaten to death by police in Pakistan. In another instance, hundreds of Christian families were driven from their homes as an angry mob threatened to burn their homes to the ground if they didn’t turn over a young man wanted for a “blasphemous” Facebook post. And, we continue to work on behalf of Asia Bibi, the Christian mother of five who was falsely accused of blasphemy and sentenced to death for offering a Muslim co-worker a glass of water.

The U.N. must intercede with Pakistan and demand that the government abide by its international agreements to protect religious minorities against these clear human rights atrocities and bring violent agitators to justice.

The ACLJ will continue to monitor the situation in Pakistan and fight on behalf of persecuted Christians at the U.N., here at home before Congress, and around the world through our affiliate offices.

Stand with us on behalf of Christians all over the world.