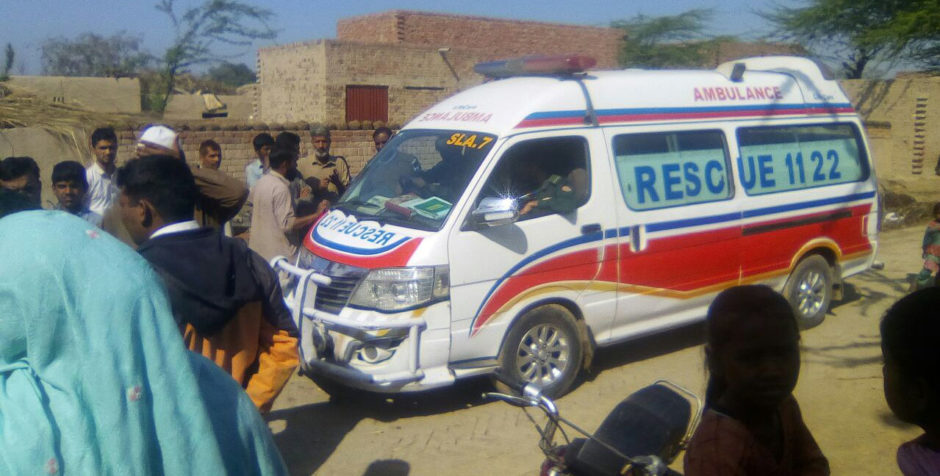 Good fences may make good neighbors, but in countries like Pakistan where religious tensions are high, even a simple dispute can become an excuse for violence.

Our international affiliate, the European Centre for Law and Justice’s (ECLJ) office in Pakistan, the Organization for Legal Aid (OLA), reported that on March 4, 2018, during a Sunday morning service, a group of about eleven Muslim men wielding clubs attacked a group of about four Christians who were building a boundary wall around their church in Sahiwal, about 170 km south of Lahore, Pakistan.

The incident arose after a local man named Rao Muhammad Tufail claimed that part of the land the church was built on belonged to him. Just over a week ago, on Sunday, he gathered a group of Muslim men armed with clubs to prevent the building of the church’s perimeter wall.

A handful of Christians were working on the wall while a few others prayed inside. After hearing the shouts and insults targeted at the Christians working outside, those who were praying rushed outdoors to find their fellow believers being beaten with clubs. The police were called, but the attackers had dispersed by the time the police arrived.

Some Christians sustained injuries from the incident, but thankfully none of the injuries are major. Neither the wall nor the church sustained any damage. The members of the church were able to continue to erect wall in police presence after the legal possession of the land had been verified.

Various charges have been filed against the attackers, including trespass, assault, wrongful restrain, assault on women with intent to outrage their modesty, rioting with deadly weapons, and unlawful assembly. However, no arrests have been made so far. Two days after the attack, the District Police Officer called Christian and Muslims together in his office and made the Muslims agree not to interfere in the church’s property matter.

The OLA team is scheduled to meet with the pastor to discuss any legal assistance our team can provide.