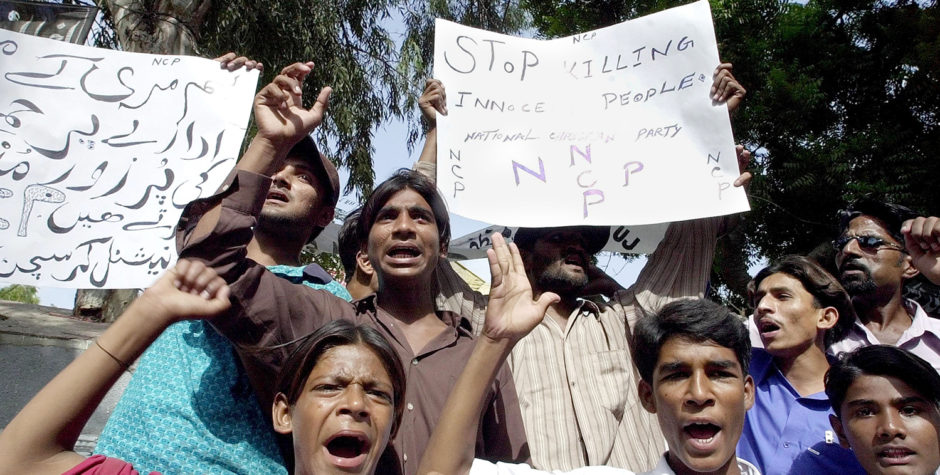 Last week, we were reminded again about the dangers faced by Pakistani Christians even in the most mundane daily activities. This time, a pastor hung a banner advertising his church’s Palm Sunday service. That simple act led to a violent skirmish.

The Organization for Legal Aid (OLA), the Pakistani office of our international affiliate, the European Centre for Law and Justice (ECLJ), received a report of the events from the church’s pastor, Haleem Feroz Bhatti.

The church, located in Burewala, approximately 250 kilometers south of Lahore, sat across the street from a home belonging to a fellow Christian.  Haleem received permission from the homeowner to hang a banner advertising the church’s upcoming Palm Sunday service.  However, in order to hang the banner, Haleem and other church elders needed to remove an old banner that had been hanging since Christmas. The old banner belonged to Muhammad Sharif, a Muslim government official.

When the pastor and church elders began taking down the old banner, one of Sharif’s sons told them to leave the banner alone. As the interaction became more hostile, more Muslims, including Sharif and his sons joined in.

Suddenly, the tense situation turned violent when one of the townspeople hit another with an iron rod.  Soon, bricks were being thrown at the Christians.  In the end, the entire situation lasted for nearly half an hour.

When the police arrived, they arrested Sharif and three of his sons. Seven injured Christians were taken to the hospital.

While reports reveal that the parties are working to resolve the issue, this pointless violence represents how simple interactions between Christians and the Muslim community can easily erupt in violence.  Where such injustice is done against Christian communities, we stand ready to represent their interests in the courts.