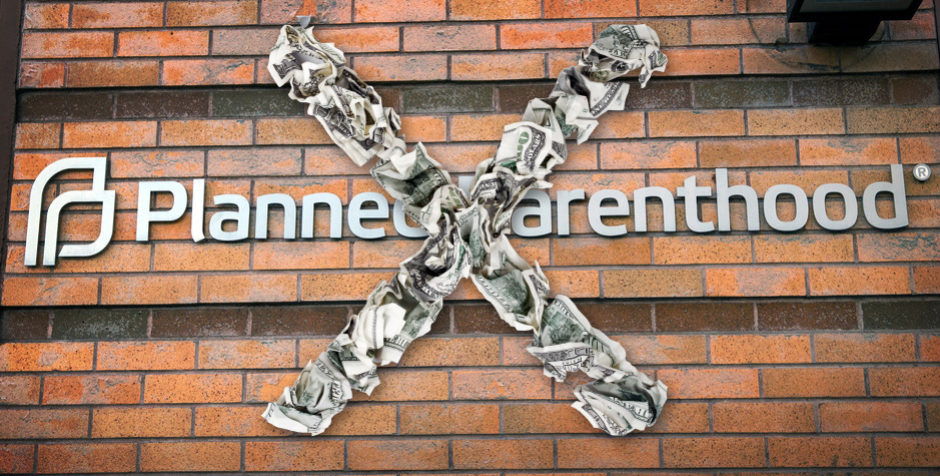 Like a petulant child, Planned Parenthood has essentially taken its ball and gone home, withdrawing from the Title X program because the Trump Administration won’t let it keep raking in millions from American taxpayers while it works to expand abortion across the country.

As a result, healthcare facilities that offer family planning services in compliance with the law will now receive that crucial funding. In other words, it’s a win-win.

The Department of Health and Human Services (HHS) just announced that, after Planned Parenthood and other abortion providers have withdrawn from Title X, the more than $33 million dollars it relinquished will be redirected to current grantees who are in compliance with the law:

Today, the Office of Population Affairs (OPA) announced $33.6 million in fiscal year 2019 funding awards to 50 current Title X grantees in order to supplement their family planning services. The funds awarded were relinquished by grantees that left the Title X program rather than comply with statutory and regulatory requirements prohibiting federal funding where abortion is a method of family planning. HHS expects that the supplemental awards will enable grantees to come close to—if not exceed—prior Title X patient coverage.

Today's awards prioritize unserved and underserved jurisdictions and low-income individuals. These awards also prioritize filling service gaps left by the grantees that chose to leave the Title X program rather than comply with the law. These new awards are for a six-month duration; however, the recipients can request additional supplemental awards in their non-competing continuation application for funding starting in April 2020.

HHS recognizes the importance of continuing services through experienced providers with a history of successfully serving those with the greatest need for assistance. OPA acted quickly to mitigate the potential interruption in services caused by a minority of recipients that chose to abandon the Title X program between July and September. HHS is committed to ensuring that Americans have access to high-quality, affordable family planning services, contraceptive care, cancer and HIV screenings, health education, and other health and social services.

Abortion giant Planned Parenthood has opted to withdraw from the Title X program rather than abide by the requirements of the law and the new HHS rule – the rule we filed public comments to support – which stipulates that all grantees separate any and all abortion services from all other healthcare services. Because abortion is so central to Planned Parenthood’s business model, any effort to remove it, or even separate abortion facilities physically and financially, would be devastating to its bottom line.

Despite claiming time and time again that abortion services make up only a tiny portion of its business – a myth we told you was disproven years ago – Planned Parenthood, by voluntarily withdrawing from Title X rather than separating abortion from its other programs, has demonstrated to the world that abortion is indeed its primary focus.

In crafting a new myth, Planned Parenthood CEO Alexis McGill-Johnson issued a statement regarding the decision to withdraw from Title X, continuing the distortion that the new HHS rule is a “gag rule” and hurling incendiary, dishonest accusations at the Trump Administration:

“Today, we are announcing that due to an unethical and dangerous gag rule, the Trump administration has forced Planned Parenthood grantees out of Title X—the nation’s program for affordable birth control and reproductive health care . . . . For too many people struggling to make ends meet—including those people in rural areas and communities of color—this gag rule may mean they delay or go without care.

We believe that the Trump administration is doing this as an attack on reproductive health care and to keep providers like Planned Parenthood from serving our patients.”

This is demonstrably false. This money IS going directly to those who truly need it.

Actually, someone should let Ms. Johnson know that because Planned Parenthood was kind enough to move out of the way and stop siphoning off taxpayer dollars it was never eligible to receive but took anyway, there will be an increase in non-abortion family planning services provided through these funds. In other words, this rule has provided more reproductive health care opportunities for those in need.

In her statement, Johnson went on to say:

“For nearly half a century, Title X has ensured that those struggling to make ends meet or who don’t have health insurance can access services . . . . Planned Parenthood health centers have been a part of the program since its inception nearly 50 years ago. We are its largest provider, serving approximately 40 percent of its patients.”

What she left out is that in the express language of the statute authorizing the program are the words: “None of the funds appropriated under this title shall be used in programs where abortion is a method of family planning.”

Planned Parenthood has, until now, been able to somehow tiptoe around that language. Not anymore. And it seems it would be even harder for it to find a loophole to gain access to Title X funds now, after its former CEO just outed its plan to increase abortion services. As we reported, according to recently ousted CEO Leanna Wen:

“I came to Planned Parenthood to lead a national healthcare organization and to advocate for the broad range of public health policies that affect our patients’ health; ensuring access to quality, affordable health care . . . . The new Board leadership has determined that the priority of Planned Parenthood moving forward is to double down on abortion rights advocacy.”

Now, because of HHS’s actions, a number of qualified women’s health facilities will be able to provide real care to patients who couldn’t otherwise afford it. That’s more than $33 million in health care for those in need.

As we’ve stated before, this new rule is a major victory in the ACLJ’s ongoing battle to defend innocent unborn babies and defund and defeat Planned Parenthood and the taxpayer funded abortion machine.

But this is only the beginning. Planned Parenthood receives more than $500 million in taxpayer funding every year, even as it reports record profits. All for the business of aborting defenseless babies. And as if that wasn’t bad enough, the abortion industry has been exposed for the horrific practices of harvesting and selling aborted babies’ body parts for use in medical experimentation.

Right now, we’re engaged in one of the biggest and longest trials in our history, directly against Planned Parenthood. Planned Parenthood filed a lawsuit to silence and discredit those who worked to reveal abortion practices. We will be providing more information as the trial continues.

The abortion distortion has to end. Planned Parenthood’s ever tightening grip on our country must be pried away for good. This is why we fight.

Help us defund and defeat Planned Parenthood and save countless innocent babies.