After String of Defeats, Reeling Planned Parenthood Fires Its Own President as She Admits It Would Rather “Double Down on Abortion” Than Provide Health Care | American Center for Law and Justice
Search  |  Logout  |  Login  |  Register 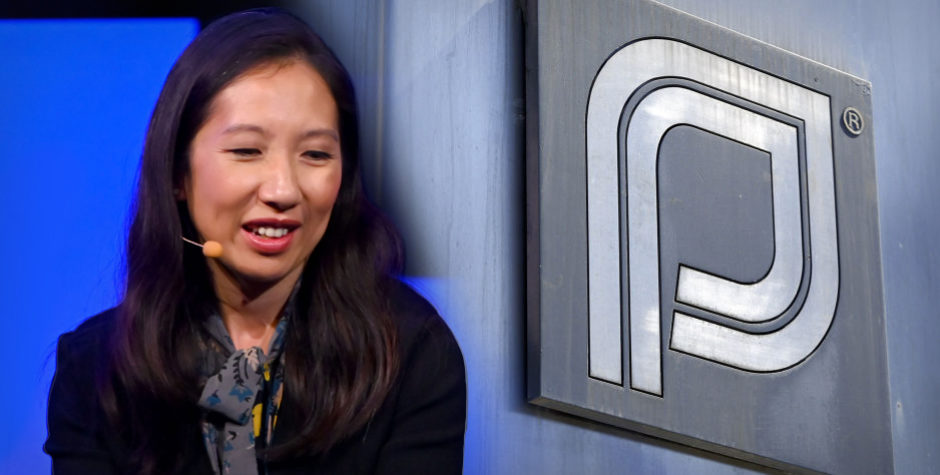 After String of Defeats, Reeling Planned Parenthood Fires Its Own President as She Admits It Would Rather “Double Down on Abortion” Than Provide Health Care

It could be called a mutiny. In a desperate move to bail out its sinking ship, Planned Parenthood just threw its own captain overboard after less than a year on the job.

It’s really no wonder Planned Parenthood is looking for a scapegoat.

The organization that rakes in over a half-billion in taxpayer funding every year while killing roughly 900 babies every day has recently suffered a string of defeats.

Planned Parenthood coldly took to Twitter to announce that it had just ousted its president Leana Wen with a brief tweet, offering little detail other than that Wen was departing the organization.

Planned Parenthood Federation of America and the Planned Parenthood Action Fund announce Dr. Leana Wen’s departure from the organization. We thank Dr. Wen for her service and wish her the best in her next venture.

Mainstream media outlets like the New York Times speculated that Wen was removed because Planned Parenthood felt she wasn’t aggressively focused on abortion.

Wen tweeted that she had been notified that Planned Parenthood had made the decision to fire her during a “secret meeting.” Wen also released an official statement citing “philosophical differences” with the board.

In a stunning rebuke, Wen took to Twitter to unmask Planned Parenthood’s biggest lie. As we’ve been saying for years, Planned Parenthood may talk a good game on health care, but all it really cares about is abortion. In an eye-opening letter, Wen wrote:

“I came to Planned Parenthood to lead a national healthcare organization and to advocate for the broad range of public health policies that affect our patients’ health; ensuring access to quality, affordable health care—which includes the full spectrum of reproductive health care—for all; improving maternal health and the health of women before, during, and after pregnancy; increasing programs for cancer detection and STI/HIV treatment; and calling attention to the social determinant of health that food insecurity and housing instability that deeply affect people’s health and widen rampant disparities. The new Board leadership has determined that the priority of Planned Parenthood moving forward is to double down on abortion rights advocacy.”

Think about this. Planned Parenthood claims that its primary focus is healthcare, and that abortion merely makes up 3% of its services (something even the mainstream media has debunked). Yet this move, and Wen’s own stinging rebuke, make clear that all Planned Parenthood really cares about is not healthcare but “doubl[ing] down on abortion.”

Despite her own issues – being caught lying for Planned Parenthood that “thousands of women died” from back alley abortions before Roe v. Wade (with even the Washington Post giving her lie 4 Pinocchios) – Wen is a canary in the abortion coalmine. Planned Parenthood is crumbling. Its abortion empire will be its own demise.

Planned Parenthood is in severe trouble. It’s support for the sale of aborted babies’ body parts has led several congressional committees to refer it and others in the abortion industry for criminal prosecution. $60 million dollars of its previously untouchable federal taxpayer funding under Title X has now been ripped away. And its compulsive forum shopping in the 9th Circuit has finally come back to haunt it with a string of stinging losses. Planned Parenthood is losing on judges. It is losing federal dollars. It is losing the public’s support. It’s losing its mainstream media firewall.

Planned Parenthood has now lost its second president in less than 18 months. When Cecile Richards jumped ship one can only wonder if like rats on a sinking ship, she saw the writing on the wall.

Planned Parenthood is reeling. Firing its president is an act of desperation, flailing its arms hoping to hit on something. It immediately named Board Chair Alexis McGill-Johnson as interim President to replace Wen. Johnson tweeted:

Having been part of the Planned Parenthood family for nearly a decade, and having spent my career working in movements for social justice, I can’t think of a greater honor or more weighty responsibility than leading an organization like Planned Parenthood in this moment.

If she truly considers raking in a fortune while pushing for extreme abortion laws across the country and killing over 330,000 babies annually an honor, she’s clearly the right fit for the job. As the new captain of the abortion Titanic, she is clearly ignoring the warning signs, instead driving Planned Parenthood headlong into icy waters.

We will not back down. We will continue to fight to help defend pro-life legislation, save unborn babies lives, defeat Planned Parenthood in courts across the nation, and defund abortion behemoth once and for all. The newly implemented HHS rule hurt Planned Parenthood, but it’s only the beginning. Planned Parenthood still takes over $500,000,000 of your tax dollars every year. It has to stop.

Sign our petition and demand they not receive another dime as long as the life of even one unborn baby remains is at risk.