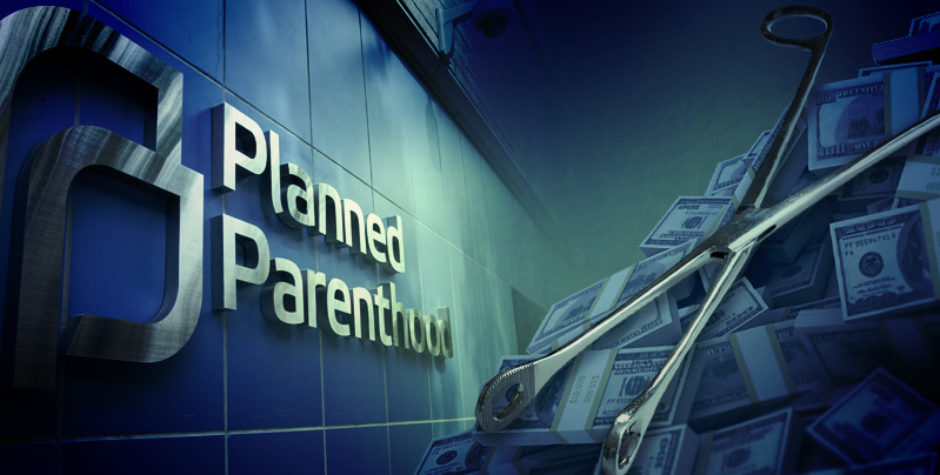 This is one of the biggest and most important abortion related cases we’ve ever been involved in.

On Wednesday, Oct. 2nd, the ACLJ is going to court representing our pro-life client against Planned Parenthood in a monumental trial that could last weeks. Maybe even longer.

We have to battle back against this abortion giant that is attempting to strengthen its horrific grasp on the country, silencing those who shine a light on its appalling practices committed behind closed doors, and using its vast resources to push horrific extreme abortion legislation.

It’s been four years since we first reported that Planned Parenthood had been exposed for being involved in the illegal selling of aborted babies’ body parts.

A pro-life investigative group called the Center for Medical Progress (CMP) posted the disturbing undercover videos including one in which Planned Parenthood’s senior director of medical research described “crushing” the “fetus” in a manner that kept internal organs intact to be sold for medical research. She also shared researchers’ requests for other specific organs from aborted babies.

After being exposed, the abortion industry and its media allies immediately went on a public relations offensive, seeking to discredit CMP and its work in order to preserve the myth that no one has ever profited from the sale of fetal organs. The Planned Parenthood Federation of America and several of its affiliates also filed a lawsuit seeking to discredit and silence these investigative journalists. At the ACLJ, we represent Troy Newman, a former CMP board member, in this major lawsuit set to begin trial next week.

As we told you, in direct response to these shocking videos, federal inquiries were made into the abortion industry’s horrific practices:

In light of CMP’s investigative reporting, the United States Senate and House of Representatives conducted thorough investigations into illegal, unethical, and immoral practices within the abortion and fetal tissue procurement industries.

The Congressional investigators asked various law enforcement and regulatory bodies to investigate the offending organizations for possible criminal prosecution. Additionally, a $7.8 million court settlement was filed in California under which DaVinci Biosciences, LLC and DV Biologics, LLC admitted liability for their role in the unlawful sale of fetal tissue and stem cells for profit. Further, the Texas Health and Human Services Commission’s Office of Inspector General (“OIG”) concluded, based on the CMP videos and the Congressional investigation, “that [Planned Parenthood] at a minimum violated federal standards regarding fetal tissue research and standards of medical ethics.”

In one of those lawsuits, PPFA v. Center for Medical Progress, the parties and their attorneys have spent much of the past three years dealing with extensive discovery requests, document review and production, depositions, and related disputes. Tens of thousands of pages of documents have exchanged hands. Close to three hundred hours of depositions have taken place since January. Numerous hearings have been held in Oakland or San Francisco concerning various aspects of the parties’ disputes over discovery. There are now over 700 entries on the case docket, which means that over 700 documents have been filed with, or issued by, the court in the past few years.

Planned Parenthood also has made preposterous claims against CMP, including as we reported, the accusation that the pro-life group’s use of “undercover journalism” was a seedy activity on par with criminal organizations.

This is just more abortion distortion, trying to twist the truth to somehow hide what a terrible thing Planned Parenthood was actually doing. That is why it is so imperative that it be exposed before the entire world and the abortion industry is held accountable for these unconscionable practices, disregarding any sanctity or dignity for innocent human life.

Our trial begins next week and may last weeks or more. But every defenseless baby that’s been slaughtered, and then had its body parts sold to profit an already immense abortion empire deserves every ounce of effort we can give. If we don’t fight, abortionists might continue the gruesome trade of selling innocent babies for profit.

That cannot happen again. And we will keep fighting to ensure it does not. We will keep you updated as the trial gets underway.

But as we prepare to go to court next week, we need YOU with us.