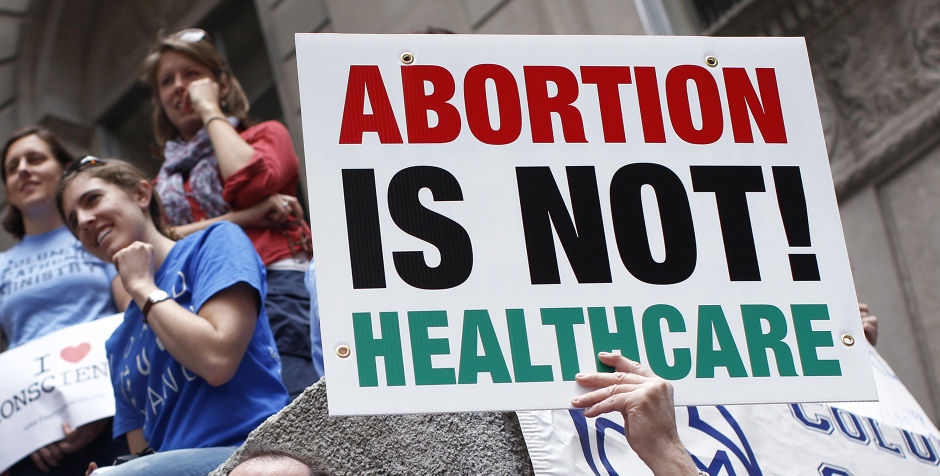 Planned Parenthood has long been able to promulgate its 3% abortion lie, and the mainstream media has eaten it up hook line and sinker, not once questioning the veracity of the largest abortion provider in the U.S.

That is all changing.

Yesterday, the Washington Post – no friend to the pro-life movement – lobbed the first salvo at Planned Parenthood’s unbreachable – and equally absurd – assertion, bluntly concluding that Planned Parenthood is “misleading,” “using meaningless and incomplete comparisons to make their argument, and the public should wary . . . .”

It’s been repeated ad nauseam by willful abortion promoters and mindless commentators alike.  It has been unquestioned.  It has been the number one propaganda piece Planned Parenthood has perpetuated each and every time its abortion business and its half-billion dollars in taxpayer funding has been questioned.

Planned Parenthood is skillfully adept at accounting gimmicks (it was after all in the room for the finalization of ObamaCare, its abortion pill mandate and subsequent bogus “accommodation”).

As I have explained many times, Planned Parenthood unbundles all of its services except abortion to create a lopsided and deceptive view of its services.

Now the Washington Post has actually taken the time to push past Planned Parenthood’s nonsensical figures.  Its Fact Checker notes:

When all services are counted equally, abortion procedures do account for 3 percent of Planned Parenthood’s total services.

But there are obvious differences between these services. For example, a first trimester abortion can cost up to $1,500, according to the Planned Parenthood Web site. Yet an emergency contraceptive pill costs around $45 and a urine pregnancy test costs around $10 at a pharmacy. An abortion is a different type of procedure than a vasectomy, or testing for sexually transmitted infections or diseases, or a vaccine for human papilloma virus (HPV), and so forth.

While each service is listed separately, many clients received multiple services. A woman may get a pregnancy test, birth control and a pap smear, but she would be counted three times, once for each service, in the annual report.

“Such cracked reasoning could be used to obscure the purpose of any organization.
The sponsors of the New York City Marathon could count each small cup of water they hand out (some 2 million cups, compared with 45,000 runners) and say they are mainly in the hydration business.
Or Major League Baseball teams could say that they sell about 20 million hot dogs and play 2,430 games in a season, so baseball is only .012 percent of what they do.
Supporters of Planned Parenthood want to use its health services as leverage to preserve its abortions, as if you can’t get one without the other.
Of course, this is nonsense.”

Typically, this calculation is made by taking the number of abortions, multiplying them by the average cost of abortions advertised by Planned Parenthood clinics, and dividing the figure by the organization’s total non-government health services revenue [clinic income].

The main Planned Parenthood Web site says first-trimester abortions can cost up to $1,500. Some affiliate clinic Web sites provide a range of costs: a Western Pennsylvania clinic lists $390 to $1,090 for abortions, and first trimester abortion is priced at $515 in Arizona.

It explains that while “advocates and opponents of abortion rights have calculated somewhere between 15 percent [of total revenue] and 37 percent [of clinic revenue]” comes from abortion, “[d]epending on which price you use, you can even get up to 55 percent.”

In the end, the Washington Post gives Planned Parenthood’s longstanding 3% claim three Pinocchios (out of four), which according to its rating standard means that the claim is a “Significant factual error and/or obvious contradictions.”

The 3 percent figure that Planned Parenthood uses is misleading, comparing abortion services to every other service that it provides. The organization treats each service — pregnancy test, STD test, abortion, birth control — equally. Yet there are obvious difference between a surgical (or even medical) abortion, and offering a urine (or even blood) pregnancy test. These services are not all comparable in how much they cost or how extensive the service or procedure is.

As the Washington Post notes, “Planned Parenthood could end the speculation–and Pinocchios–by providing a more transparent breakdown of its clients, referrals and sources of revenues.” It is the one with all of that data – data that likely flies in the face of Planned Parenthood’s bogus propaganda.

Except this time, instead of being dismissed as just another pro-life attack, Planned Parenthood has been exposed by one of its media elite allies.  This could be a major turning point in the fight for life.

It’s about time the mainstream media finally started doing its job, reporting the facts and cutting through the abortion distortion.