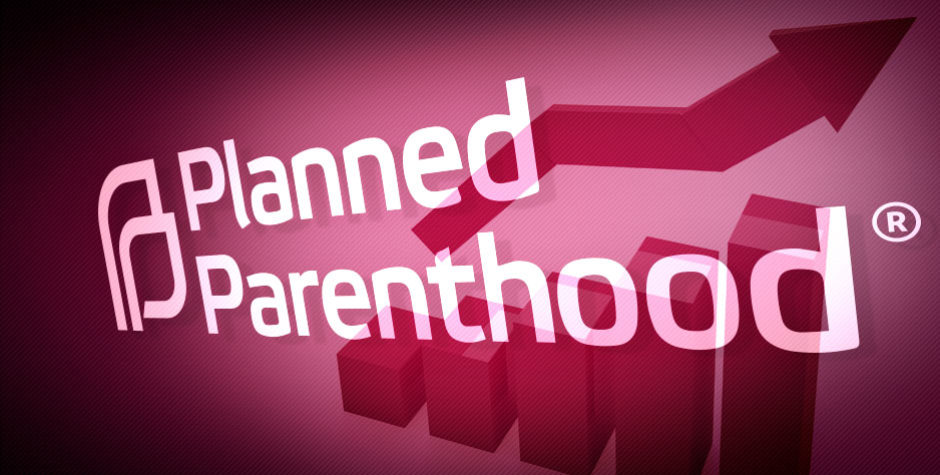 Planned Parenthood has just issued its 2017-2018 report, and once again it distorts facts and manipulates numbers in order to hide the truth behind its real agenda: profiting from the death of innocent babies.

Here are some fast facts from the latest annual report:

All told, while many of Planned Parenthood’s supposed other services were down, abortions, taxpayer dollars, and profits were way up.

Dr. Leana Wen has replaced Cecile Richards as president of Planned Parenthood, and the three words that sum up her vision for Planned Parenthood are “provide,” “protect,” and “expand.” This report demonstrates that those goals are primarily for one “service” – abortion.

Aside from its mission to destroy innocent babies in their mothers’ wombs, the ability of Planned Parenthood to use rhetoric and smoke screens to hide its true nature is most disturbing.

But Planned Parenthood was the opposite of kind when it threatened Senators and attacked Judge Kavanaugh at his confirmation hearings. It isn’t kindness that has driven Planned Parenthood to vehemently oppose state laws that require the humane disposition of the remains of aborted babies and prohibit abortions based on the unborn child’s race, sex, or potential disability. And it isn’t kindness that is behind Planned Parenthood’s jubilant celebration of a new bill in New York that will essentially legalize abortion up until the point of birth.

It is not kindness. It is a perfect example of calling “evil good, and good evil.”

Planned Parenthood’s leadership believes that its “vision is in line with what the American people want . . .” and that “protections for birth control coverage” are being “gutted.”

First of all, polling shows that “[m]ore than three in four Americans, including six in ten who identify as pro-choice, want significant restrictions on abortion.” In other words, a MAJORITY of Americans think that abortion should be restricted – significantly restricted. In stark contrast to the American people’s desire for restrictions on abortion, Planned Parenthood has announced its “multi-million dollar plan to protect and expand abortion access . . . .” This flies in the face of Planned Parenthood’s false assertion that its mission is in line with what the American people want.

One published report commented on this trend by stating that Planned Parenthood’s abortion services are “supplier induced,” meaning that the call for abortion on demand “may be motivated by financial gain for the service providers, by patients who are not fully informed of their options and thus delegate the decision to the supplier, and by the influence of provider values.”

The report, which studied Planned Parenthood and abortion trends from 1995-2014, further stated that Planned Parenthood “revenues from government reimbursement and grants increased 220% from $112 million to $554 million, reflecting a shift from low-revenue counseling and contraception services to much higher revenue abortions.”

Quite simply, Planned Parenthood is creating the demand for abortion, not the American people.

Planned Parenthood tries to hide this fact by claiming that abortion is only 3.4% of the services it provides. As we’ve explained before, Planned Parenthood is incredibly deceptive when it comes to reporting numbers.

In this year’s report, Planned Parenthood claims to have provided 9.7 million “services” to 2.4 million “patients.” Already we can see that averages out to a little over 4 “services” per “patient.” Then, using its highly inflated number, Planned Parenthood concludes that the 332,757 “abortion procedures” they performed last year only amounted to 3.4% of their services.

However, as we’ve previously explained:

Planned Parenthood included a small footnote in its latest report to explain the discrepancy in its numbers reporting – perhaps because even mainstream media like the Washington Post (as discussed below) doesn’t believe the numbers add up? The footnote reads: “A service is a discrete clinical interaction, such as the administration of a physical exam or STI test or the provision of a birth control method. In 2017, Planned Parenthood health centers saw 2.4 million patients, collectively delivering nearly 9.7 million services during 4 million clinical visits.”

In addition, the other “services” that Planned Parenthood claims to provide, such as prenatal services (9,055) and adoption referrals (2,831), account for a measly 0.1% of all services.

That’s why when the Washington Post factchecker did an actual analysis of Planned Parenthood’s 3% claim, they gave it three Pinocchios.

“Typically, this calculation is made by taking the number of abortions, multiplying them by the average cost of abortions advertised by Planned Parenthood clinics, and dividing the figure by the organization’s total non-government health services revenue [clinic income].

The main Planned Parenthood Web site says first-trimester abortions can cost up to $1,500. Some affiliate clinic Web sites provide a range of costs: a Western Pennsylvania clinic lists $390 to $1,090 for abortions, and first trimester abortion is priced at $515 in Arizona.”

It explains that while “advocates and opponents of abortion rights have calculated somewhere between 15 percent [of total revenue] and 37 percent [of clinic revenue]” comes from abortion, “[d]epending on which price you use, you can even get up to 55 percent.”

That’s 55% of Planned Parenthood’s clinic income coming from abortion.  [We]’ve previously calculated this at 51% of its clinic income.

Planned Parenthood is working overtime to further its agenda to provide a convenient narrative that helps it protect and expand its main source of income – abortion.

This is why our work here at the ACLJ is so important. We work to expose the true nature of Planned Parenthood by shining a light on its deceptive narrative, and by providing facts that truly inform the American people.

You can join us in our efforts now by signing our petition to defund Planned Parenthood.