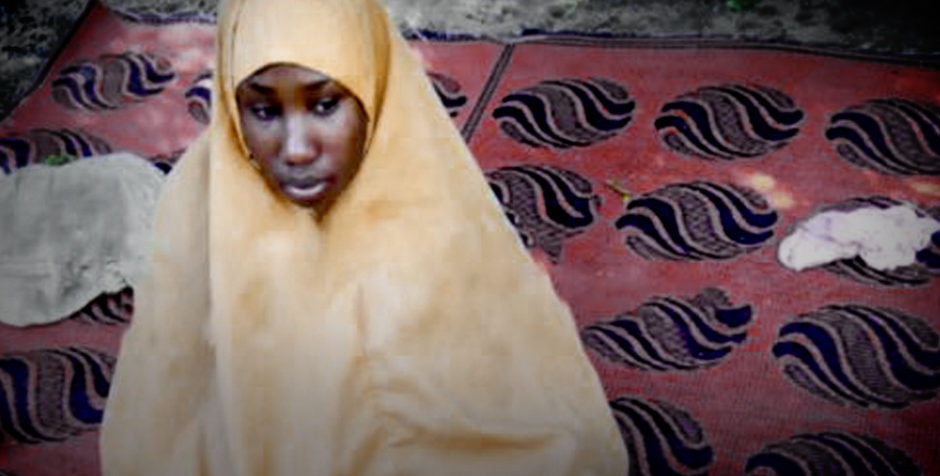 Christian children are in grave danger in Nigeria as jihadists are waging campaigns of killing and kidnapping in the African nation.

The ACLJ is taking direct action to stop the violence against Christians and protect Nigeria’s children.

We’ve told you about courageous Christian teen Leah Sharibu who was one of the 110 schoolgirls who were violently abducted by Boko Haram – the Islamist militia pledged to ISIS – earlier this year.

We recently delivered a critical written submission as well as an oral intervention to the U.N. Human Rights Council detailing the atrocities in Nigeria, and specifically of Boko Haram. We asked for swift intervention in Nigeria before the violence against Christians becomes a complete extermination.

Now we have just delivered a letter to the Nigerian Ambassador to the U.S. urging that the Nigerian government take swift action to secure Leah Sharibu’s freedom, and protect its Christian community – above all its children. Our letter states:

In February of 2018, Boko Haram insurgents abducted 110 students from a girls’ boarding school. Of those, five were killed while being held captive. Ultimately, 104 of the schoolgirls were released, but Boko Haram still holds 15-year-old Leah Sharibu prisoner because she refuses to bend to Boko Haram’s demands that she renounce her Christian faith and convert to Islam.

Now, there are reports that Boko Haram has issued an ultimatum by threatening that if their demands are not met they will kill Leah – this month. Leah’s father, Nathan Sharibu, stated, ‘The terrorist[s] threatened to kill Leah in October if they don’t get any response to their demands. Time is running out, that is why I am calling on the government to keep talking to them.’

Time is running out. It is imperative for the government of Nigeria to work quickly to bring Leah home safely. Action must be taken now before it is too late.

In addition to threatened to kill her, Boko Haram has also proclaimed it will make her a “slave for life,” further ratcheting up its targeted assault on this Christian teen for her faith.

We’ve told you that the death toll is rising to catastrophic proportions in Nigeria, as the nation’s leaders seem unable or unwilling to stop bloodthirsty Islamic radicals targeting Christians in the region.

The notorious Fulani Herdsmen recently slaughtered 17 innocent victims in one evening, including four young children and a grandmother. The victims were said to be members of a local Evangelical Christian church.

This same group has terrorized Christian villages wearing camouflage and brandishing AK-47s, burning down as many as 160 homes, and murdering 39 innocent Christians.

Leah Sharibu’s captors – Boko Haram – are responsible for the slaughter of countless innocent Christians as well. We told you how they posed as preachers to lure Christian believers to a church service where they were callously massacred.

As we stated in our letter to the Nigerian Ambassador to the U.S.:

It is estimated that since May 2011 Boko Haram has killed more than 37,500 people, displaced 2.4 million, and created 228,000 refugees. This massive humanitarian crisis needs to be addressed and those responsible need to be brought to justice.

Additionally, reports indicate that since 2013 Boko Haram has abducted approximately 1,000 children in northeast Nigeria. These attacks and kidnappings have been carried out when children are at school and should feel safe. However, it is estimated that Boko Haram has killed over 2,000 teachers and destroyed more than 1,400 schools. Boko Haram routinely attacks girls’ boarding schools in order to kidnap students.

These terrorists are pure evil and must be stopped. If decisive action is not taken immediately, the outlook for Christians in Nigeria is grim. Christians could soon be extinct in Nigeria.

We cannot allow that to happen. It’s going to take international pressure on the Nigerian government to take the necessary action to stop these vile terrorists.

Leah Sharibu must be brought home safely. Christians should be protected and not live under the constant shroud of violence, abduction, and death. Children must be protected.

We are directly engaging the Nigerian government and world leaders demanding action to free Leah.

Stand with Leah Sharibu before it’s too late. Sign our urgent petition demanding her release.