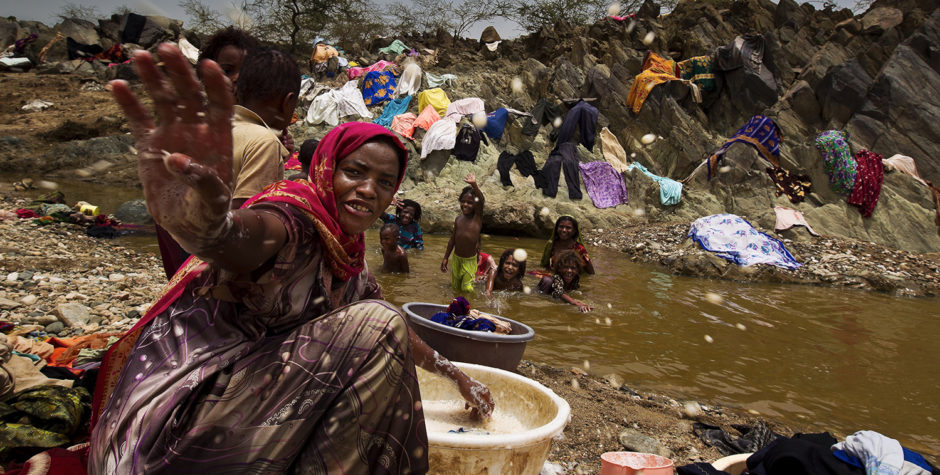 Christians Being Driven to Extinction in Nigeria

The death toll for Christians in Nigeria continues to rise to catastrophic proportions as the nation seems helpless or unwilling to stop bloodthirsty Islamic radicals targeting Christians in the region.

This time jihadists – identified as notorious Fulani Herdsmen – toting guns and machetes slaughtered 17 innocent victims in one evening, including four young children and a grandmother.

All of the victims are said to be members of a local Evangelical Christian church.

We’ve told you before how the vicious Fulani Herdsmen reportedly marauded through Christian villages wearing camouflage and brandishing AK-47s, and burned down as many as 160 homes, leaving a trail of at least 39 murdered Christians in their wake.

Nigerian President Muhammed Buhari condemned the massacre of Christians on Twitter, calling them “vile, evil and satanic” and agreeing that the attacks seemed “clearly calculated” against Christians.

But despite President Buhari’s words, it appears the government has done little to stem the violence against Christians. Local religious leaders have even called for the president to resign, accusing him of leniency on the terrorists.

Between growing jihadists militias targeting Christians for death and the local government’s inaction, Nigeria’s Christians will soon be on the endangered list.

We told you how another jihadist group Boko Haram – the vicious Nigerian jihadist army pledged to ISIS – orchestrated a deadly attack by disguising themselves as “preachers” and inviting Christian villagers to a service where they then massacred 45 congregants.

We shared with you the heart-wrenching story of courageous young Leah Sharibu who has been held captive for 8 months by Boko Haram because of her unshakable Christian faith.

Earlier this year, Boko Haram violently abducted 110 schoolgirls from their village. Of those, five girls were killed while captive before 104 were ultimately released. 15-year-old Leah Sharibu is still their prisoner because she refuses to bend to her captors’ demands that she renounce her Christian faith and convert to Islam.

Even despite her present living nightmare, an audio recording was released to the media in which she selflessly requested help for her family.

It’s both humbling and infuriating.

The violence against Africa’s Christians is spreading beyond the borders of Nigeria, and if no action is taken, will likely continue to sweep across the continent.

We just recently reported to you about a deadly bus attack in Kenya where the Al-Shabaab terrorists forced passengers to recite an Islamic oath and those who identified as Christian were mercilessly executed.

Africa’s Christians are being slaughtered.

We have a moral obligation to protect our brothers and sisters in Africa and around the world. If we don’t act now – if the world’s leaders don’t agree to act in unison  – the future looks very bleak for Christianity.

The ACLJ has gone directly to the United Nations delivering a critical written submission asking for intervention for Nigeria’s Christians and warning of the grim outlook if action isn’t taken.

As stated in our written submission:

Groups such as the Fulani Herdsman and Boko Haram pose a very real and present danger to Christians – not only in Nigeria, but neighbouring Chad as well. If we fail to act now, the situation within Nigeria will only worsen. More Christians will be killed and many more will become displaced as the violent attacks force them to leave their homes in order to find safety.

And now, sadly, our statement has proven true. This latest atrocity by the Fulani Herdsmen is not an isolated attack. And the violence in spreading beyond Nigeria.

We cannot let the terrorists win and drive Africa’s Christians to extinction.

Now more than ever, it is crucial that the international community step up and take decisive action to end this devastation. Nigeria’s Christians must be protected and allowed to live in peace. The vile jihadist militias must be shut down and brought to justice.

We need you in this fight. Together we must be their voice.