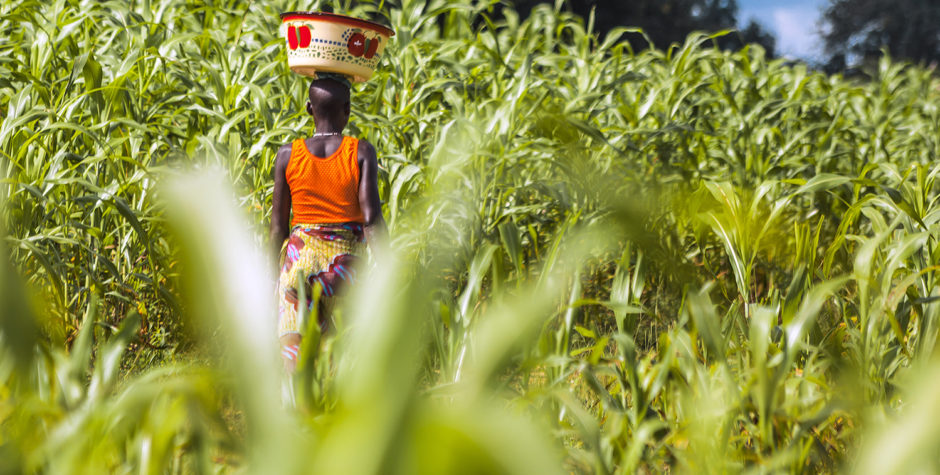 It takes immeasurable courage and unflinching faith to stand firm in the face of deadly monsters. A young Nigerian girl named Leah Sharibu possesses both.

Sharibu was one of 110 Nigerian girls kidnapped from their school earlier this year by the vile jihadist group Boko Haram – the militant West African radical Islamic army pledged to ISIS. Five of those innocent children have been reported dead, while 104 were recently set free.  Only one remains a captive of the bloodthirsty terrorist army.

One 14-year-old released by the fighters has told reporters that five of the girls had died. She did not provide other details and it was not immediately possible to independently verify her claim.

Another of the freed girls has said a Christian classmate remained captive.

That girl still held prisoner is Leah Sharibu. The Boko Haram terrorist army continues to hold her prisoner because she refuses to renounce her Christian faith. The girls who were freed say that Sharibu refused to wear a hijab or convert to Islam.

Both Christian and Muslim religious leaders in Africa have demanded Sharibu’s release. According to reports, one African Bishop stated that Christians should be “proud of the faith of this mere Christian girl who has thus dared Boko Haram terrorists, who are feared by even the entire Nigerian government and people.”

Indeed her courage and conviction in defiance of this murderous militia are to be admired, but no one should be held a prisoner for their Christian faith. As we’ve previously told you, Boko Haram is nothing less than an evil terrorist regime that has no compunction about murdering or enslaving innocent children:

Whether it’s executing 59 boys in their sleep and burning down their school, slaying 40 students attending an agricultural training college, kidnapping and enslaving 240 young girls, detonating car bombs and utilizing mob violence aimed at Christians, or using fake preachers to massacre congregants – these and countless other terrorist attacks and senseless sectarian violence have provided a consistent context of dehumanization and indiscriminate death waged upon those that are the most vulnerable.

Boko Haram has a craven history of using their helpless young victims as living bombs.

The numbers . . . are chilling. According to the UNICEF report, in 2017 alone,  “83 children have been used as ‘human bombs’; 55 were girls, most often under 15 years old; 27 were boys, and one was a baby strapped to a girl.” Young girls – as young as eight – are the most common victims, with one in every five Nigerian suicide bombers being a child.

The actions of this jihadist army are simply despicable. They are not freedom fighters, as they claim – they are merely vicious demons that the world’s leaders must take action to stop. As we’ve said before, they are “evil personified.”

There is only one word to describe this systematic, inhumane and diabolically disturbed extermination of innocent human life: “Evil.”

Boko Haram is the manifestation of evil, driven by a deadly adherence to radical Islamic jihad.

Yet knowing all this, Leah Sharibu personifies steadfast faith, clinging to her true hope in Jesus Christ.  She refuses to bend to their demands, even when it could mean her freedom.

The ACLJ stands with all those leaders demanding the release of Leah Sharibu. We also urge stronger action against this evil by the Nigerian government. Their citizens should not live in fear of being abducted, enslaved, or murdered by this savage jihadist militia for their religious beliefs. Above all, children must be protected, not victimized and used as weapons.

Stand with Leah. Demand her release. Be heard for the persecuted Church.