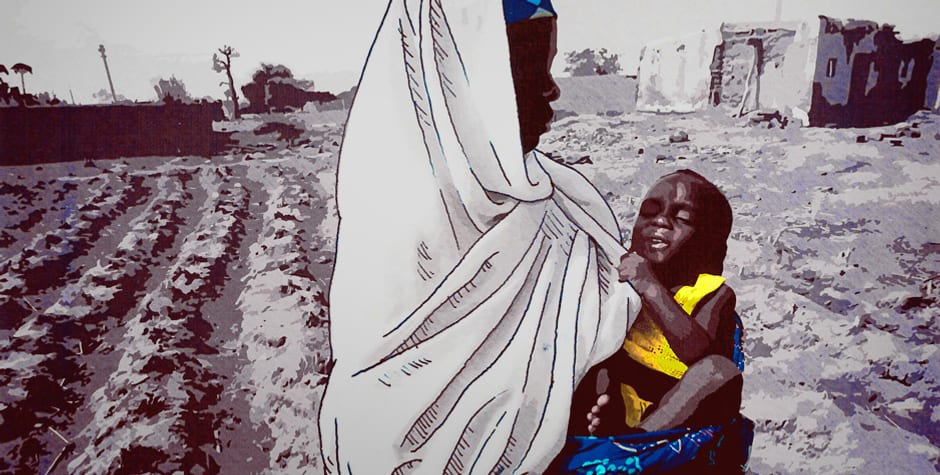 The ACLJ Urges the U.N. to Protect Nigeria’s Persecuted Christians Before it’s Too Late

Christians in Nigeria are living in danger every minute because of their faith.

The constant threat of abduction, torture, and murder by radical Muslim terrorist groups hangs over them daily.

The ACLJ has just taken action, demanding the worlds’ leaders intervene to end this nightmare for Nigeria’s Christians.

We’ve just delivered a critical written submission to the U.N. Human Rights Council, recounting the dire situation for Nigeria’s Christians and reminding them of their obligation to act.

The U.N. Charter calls on the U.N. to remove threats to peace, and the Genocide Convention calls on the U.N. to prevent acts of genocide not merely to respond to genocide. We have seen in Iraq and Syria what happens when the U.N. fails to take preventive measures when it is clear that mass atrocities are being carried out against a particular group of people. This is only the beginning. If meaningful action is not taken now, the problem in Nigeria will only worsen and Boko Haram will begin spreading to neighbouring countries. ISIS and ISIS affiliate groups, like Boko Haram, have shown their resiliency time and time again. When they are forced out of one area they flee in order to regroup and fight another day.

Boko Haram, the jihadist militia and Nigerian arm of ISIS, has been waging a campaign of horror and bloodshed against Christians across the region. We’ve told you how they disguised themselves as preachers to lure Christians to a “service” only to slaughter them.

We reported how they abducted 110 Nigerian schoolgirls, of which at least five are dead, and currently hold one captive for refusing to denounce her Christian faith.

And Boko Haram is not the only threat to Christians. Another group of vicious radical Islamists wearing camouflage and carrying AK-47s – described as “herdsmen” – is marauding through Christian villages, burning down homes, and leaving at least 39 murdered Christians in their wake.

These cruel, calculated attacks by extremist groups who are hunting down, tormenting, and slaughtering Christians must stop now.

Nigeria’s President Buhari has condemned these heinous acts, but the government seems unable to do anything to stop the violence. If we don’t act now, Christians in Nigeria and other neighboring regions could be decimated.

As stated in our submission:

If the current rate of slaughter continues within Nigeria, it is estimated that Christians will be completely eradicated within Nigeria by 2043. The Secretary of the National Christian Elders Forum, Bosun Emmanuel, stated, ‘Realistically speaking, Christianity is on the brink of extinction in Nigeria. The ascendency of Sharia ideology in Nigeria rings the death toll for the Nigerian Church’.

Now more than ever we need the international community to step up and end this devastation. These jihadist armies must be taken down and held accountable for their vicious atrocities so that Christians can live in peace.

We have a moral obligation to defend our Christian brothers and sisters in Nigeria.

Together we must be their voice.