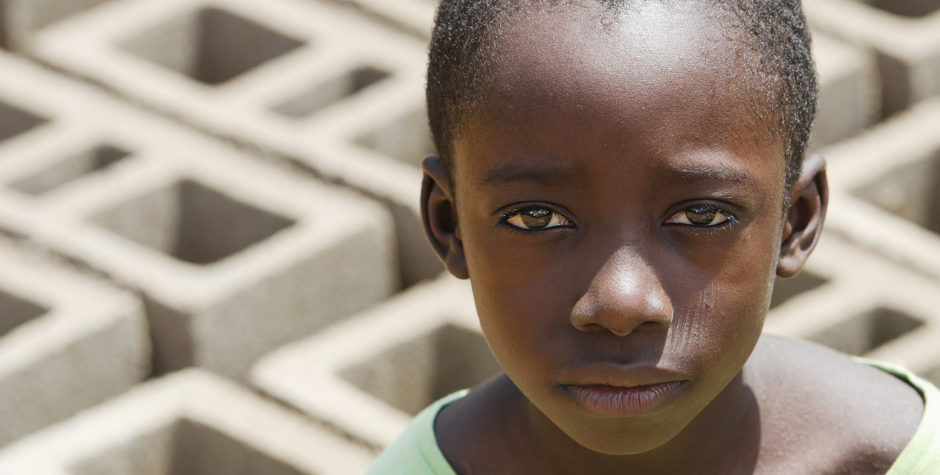 Demanding the U.N. Intervene and Protect Christians Living in Terror in Nigeria

The situation for Christians in Nigeria has become a nightmare – living in a state of constant terror of abduction, torture, and murder by radical Muslim terrorist groups.

We’ve told you about the barbaric atrocities committed by Boko Haram, the radical Islamic jihadist army and Nigerian arm of ISIS which literally slaughtered an estimated 2,000 innocent human beings in an indescribable killing spree.

Boko Haram destroyed the city of Baga, burning Christian churches and murdering thousands.  One survivor stated, “I escaped with my family in the car after seeing how Boko Haram was killing people . . . I saw bodies in the street. Children and women, some were crying for help.”

More recently we reported how Boko Haram stormed into a village and abducted 110 schoolgirls. While 104 were eventually released, we know at least 5 are dead. At last report, they were keeping one brave young girl named Leah Sharibu hostage because she is a Christian and refused to renounce her faith in her savior Jesus Christ.

We cannot stand by and let this violent injustice continue. We need the entire international community to be outraged. The world’s leaders have to stand up together and protect Christians and other religious minorities and bring these violent jihadist militias to justice.

Religious leaders in Nigeria, Christian and Muslim, have spoken out against Boko Haram, but the Nigerian government seems to be ill-equipped to fight this violence or to protect its people.

As we told you last month, we submitted a key legal submission at the U.N. Now we have just followed that up by presented a critical oral intervention at the U.N. Human Rights Council through our European office, the European Centre for Law and Justice (ECLJ), urging the world to intervene:

The ECLJ would like to thank the Special Rapporteur for his report on Niger and stress the humanitarian crisis Christians are experiencing in Nigeria because of terrorist groups like Boko Haram and the Fulani Herdsmen. It is estimated that the Boko Haram insurgency has resulted in the deaths of 100,000 people and has displaced approximately 2.1 million people. In addition to the attacks perpetrated by Boko Haram, we have also begun witnessing the growth of the Fulani Herdsmen. The Fulani Herdsmen have begun carrying out attacks against Christian farmers, destroying homes, churches, and even kidnapping Christian school girls in order to marry them to Muslim men.

Groups such as Boko Haram and the Fulani Herdsmen pose a growing and significant threat to Christians and others. These groups engage in the premeditated and systematic murder of Christians, they are growing in number and their attacks are increasing. These attacks have led to the forced displacement of many Nigerians living in Northern Nigeria and has resulted in a severe humanitarian crisis where the victims lack safety and basic provisions.

These attacks, if not stopped, will spread to neighboring countries. We have already seen attacks being carried out in neighboring Chad and Cameroon.

Pursuant to the Charter of the United Nations, the purpose of the U.N. is to “maintain international peace and security and to that end: to take effective collective measures for the prevention and removal of threats to the peace, and for the suppression of acts of aggression.”

This Council must swiftly mobilize in order to prevent these atrocities from escalating to the scale of those atrocities we have seen occur in both Iraq and Syria. We must take action now in order to stop the growing humanitarian crises and prevent more people from becoming displaced.

As we previously explained, our written submission to the U.N. Human Rights Council last month detailed the atrocities in Nigeria, and specifically of Boko Haram. We asked for swift intervention in Nigeria before the violence against Christians becomes a complete extermination. Our written submission also reminded them it is within their own charter to act.

Clearly, horrific acts of aggression are violating the peaceful lives of Christians in Nigeria. In order to prevent further loss of life, a massive humanitarian crisis, and to end increasing religiously motivated violence, we must act now. The U.N. Charter calls on the U.N. to remove threats to peace, and the Genocide Convention calls on the U.N. to prevent acts of genocide not merely to respond to genocide. We have seen in Iraq and Syria what happens when the U.N. fails to take preventive measures when it is clear that mass atrocities are being carried out against a particular group of people. This is the only the beginning. If meaningful action is not taken now the problem in Nigeria will worsen. ISIS and ISIS affiliate groups, like Boko Haram, have shown their resiliency.

We can only imagine the courage it takes for Leah Sharibu – the little schoolgirl being held prisoner in the grasp of Boko Haram – to remain steadfast in her faith. We owe it to her, and all the Christians who have been victimized by terror, to be just as committed to defending them and see terrorist armies like Boko Haram decimated.

It’s time for the members of the U.N. to recognize these tragic human rights violations happening continuously in Nigeria and to take action to stop them.

As we previously explained, our work at the U.N. – and especially the U.N. Human Rights Council – is now more important than ever. We may be these persecuted Christians’ only voice.

Stand with us and demand the world’s leaders protect Christians. Sign our petition today.