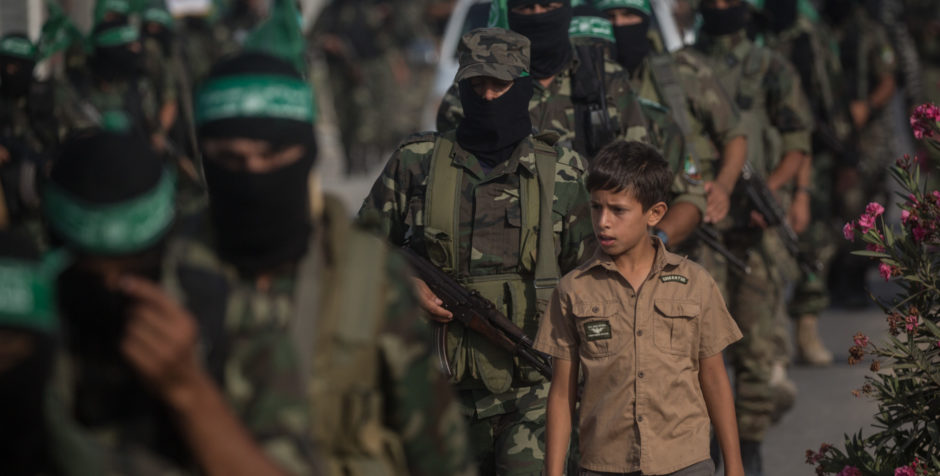 Did the U.N. Provide Weapons Facilities to Hamas?

Their anti-Israel rhetoric and actions are infuriating enough, but it appears the U.N. actually provided assistance to the violent terrorist group Hamas in their deadly attacks.

We’ve told you how the U.N. Human Rights Council (HRC) had the gall to shamefully condemn Israel for supposed “human rights violations.” We reported how the U.N. created a slush fund with as much as $65 MILLION DOLLARS to support the Palestinian Authority (PA) – an organization with known connections to Hamas – to wage an offensive lawfare campaign against Israel.

What is beyond infuriating is that the U.N. may have provided cover for Hamas to hide their deadly weapons and supplies – which is tantamount to having innocent blood on their hands. We previously told you that the U.N. may have acted as a co-conspirator in acts of deadly terror by Hamas. We also sent a letter to the U.N. Secretary General demanding an investigation.

It has been reported that Hamas has been using innocent men, women, and children as human shields in their campaigns of death and violence. In her remarks to the U.N. Security Council regarding the use of human shields, United States Ambassador to the U.N Nikki Haley addressed this possible U.N. assistance to Hamas.

“Hamas has exploited and endangered the very Palestinian people it claims to represent by locating rocket launchers near schools, apartment buildings, hotels, churches, and UN facilities . . . .

That means UN facilities were being used as a cover for Hamas’s military infrastructure.”

We know that Hamas has used children’s playgrounds as cover to fire rockets at Israeli civilians. So using U.N. facilities is no surprise, but it’s repugnant.

It is completely unacceptable for the U.N. to offer any assistance or safe haven to terrorists – and that’s exactly what turning a blind eye to terrorists targeting civilians is. No excuses. The very idea of the U.N. opening its infrastructure to Hamas, a blood-thirsty army who’s charter states “the time [Judgment Day] will not come until Muslims fight the Jews and kill them” is maddening.

The U.N. is ganging up to attack Israel on multiple fronts. There have even been clandestine, decidedly anti-Semitic, anti-Israel sessions at the HRC meant to do little else than demonize Israel.

And we’ve already told you about the absurd war crimes investigation being drummed up by the International Criminal Court (ICC) against Israel.  We are not going to sit back and allow this sham of an investigation take place without a fight. The ACLJ has taken on the ICC before and we have no fear of facing them again in defense of Israel.

We will not tolerate blatant attacks on our closest ally. Nor will we stand by if the U.N. is actually offering assistance to their sadistic enemies.

We’ve mobilized our offices around the world – including in Jerusalem – to hold the ICC accountable to the rule of law. We have filed critical legal briefs at the ICC to defend Israel’s interests against this unfounded investigation, and we’re preparing to file two more in just weeks.

We are also prepared to take further action if the U.N. has indeed wittingly allowed Hamas access to their facilities to wage their bloody attacks. Just days ago, we filed a new lawsuit over the cover-up of U.N. fraud in its unending anti-Israel campaigns.

The United States has already warned the U.N. that they will lose U.S. funding if they do not stand with American interests. It must be made perfectly clear that mandate includes protecting our friend Israel – not funding or assisting campaigns against them.