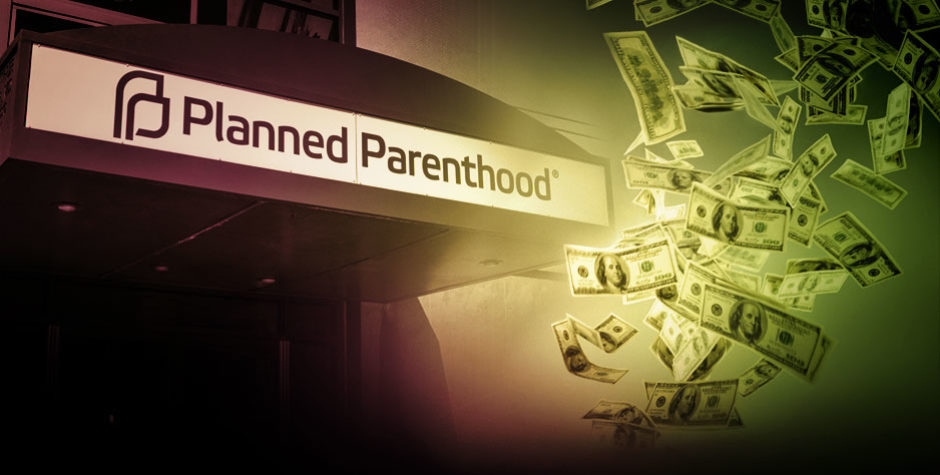 A huge step forward in the fight to defend innocent lives and defund Big Abortion would be to follow historical precedent and reinstate the pro-life policies of the Reagan Administration.

The ACLJ has joined over 85 pro-life groups across the country, sending a letter directly to the Secretary of Health and Human Services (HHS), demanding an end to tax dollar funding of abortion businesses, like Planned Parenthood, through Title X.

The Title X Family Planning Program (Public Law 91-572, or “Population Research and Voluntary Family Planning Programs”) is a federal grant program that provides low-income and uninsured individuals and families with comprehensive family planning and related preventive health services. What it shouldn’t include is taxpayer funded abortion propaganda and free subsidies for Planned Parenthood and the abortion industry.  But it does.

It’s time for that to end. As we have consistently explained:

[We have] an opportunity to implement the Reagan Rule in order to [stop] Planned Parenthood from receiving taxpayer money through Title X. The rule was challenged in federal court and upheld. Essentially, the 1988 regulation forbid any business receiving Title X funds “from engaging in counseling concerning, referrals for, and activities advocating abortion as a method of family planning, and require[d] such projects to maintain an objective integrity and independence from the prohibited abortion activities by the use of separate facilities, personnel, and accounting records.” This forces Planned Parenthood to choose whether they care more about providing non-abortion services or abortions – and history tells us they will side with abortions every single time.

It wouldn’t cut off all their funds – only Congress can do that – but it would be a major step forward in blocking a large chunk of Planned Parenthood’s taxpayer funding.

The letter we joined states:

“For far too long the Title X Family Planning Program has been integrated with abortion centers.  It is time to act swiftly to disentangle abortion centers from the Title X network.  Doing so would be consistent with the President’s pledge and subsequent actions to defund Planned Parenthood and reallocate funding to alternative providers.”

The letter recommends a reinstatement of Regan-era regulations to Title X, which prohibited any organization that promoted or performed abortions from receiving federal funds under Title X. These regulations would not decrease any funding to Title X – it would simply redirect to other facilities in need that do not provide or encourage abortion.

In his 1988 address to the 15th March for Life Rally, President Reagan stated his concerns about Title X guidelines allowing taxpayer funds to be misused by the abortion industry:

The law prohibits using title X money to encourage or promote abortion in any way. Yet under the current guidelines, title X programs must offer abortion counseling and referrals . . . . In practice, young women using their services have sometimes been led to believe that abortion is their best, if not their only option. As one young woman reported recently in a comment on our new regulations: "I was not given a complete picture [by the family planning clinic]. . . . The decision I made for abortion was no decision at all. It was a coercion."

In the 1990’s, the Clinton Administration tossed out the Reagan Rule. As we’ve shown you, Planned Parenthood and other abortion groups have since collected billions in taxpayer funding and killed millions of innocent babies. And now some 30 years later we are defending pro-life centers at the Supreme Court because they’re being forced to promote taxpayer funded abortion.

We’ve been fighting against Title X funding to Big Abortion for a long time. While Title X only provides a portion of Planned Parenthood’s funding – sources report about $50 - $60 million – losing it would certainly hit them hard. Add that to the recent $200 million dollar loss of an Obama Administration Teen Pregnancy Prevention Program grant we told you about.

That was money they used to teach teens about abortion, not abstinence. These proposed Title X changes would hamper their ability to target and indoctrinate young adults and teenagers – a great first step in toppling this empire built with blood-money. The more money we take away from Big Abortion, the closer we get to defeating them.

At the ACLJ, we have defended pro-life Crisis Pregnancy Centers who actually care about women’s health and desperately need and deserve funding. We have fought for decades to expose and defund Planned Parenthood. We've taken on more than half a dozen massive pro-life cases across the country, each of which could end up at the Supreme Court. It is time to fund a better healthcare alternative for our country and our families. It is time to defund Planned Parenthood.