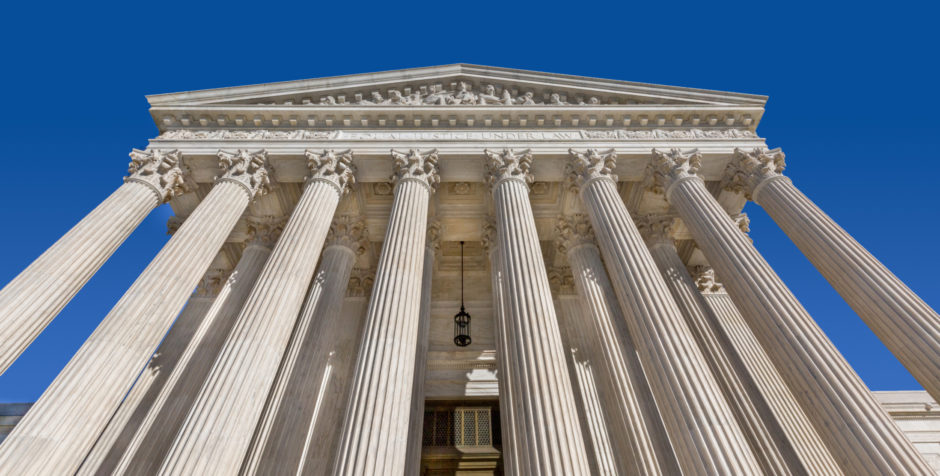 Yesterday, the Supreme Court ordered the National Abortion Federation (NAF) to respond to the petition for writ of certiorari the American Center for Law & Justice (ACLJ) recently filed on behalf of Troy Newman, a former board member of the Center for Medical Progress (CMP). The petition asks the Court to review the case involving CMP’s undercover investigation of the abortion industry.

After we filed the petition in early fall, NAF informed the Supreme Court that it was not going to file a written response to the petition unless ordered to do so. This is a tactic sometimes used to give the impression that a case is not that important. The Court, however, thought the case significant enough to warrant a written response and ordered one by December 27th.

The background of the case is as follows. In July 2015, CMP began releasing a series of videos, including both the full video footage of recorded conversations and excerpted “highlight” videos, of senior abortion providers discussing practices such as profiting from the sale of baby body parts and altering abortion methods to procure fetal specimens.

After the release of the first few videos, NAF (the self-described “professional association of abortion providers . . . includ[ing] . . . Planned Parenthood affiliates”) filed suit. A federal judge in San Francisco entered an injunction (or gag order) barring the publication of any recordings made, or confidential information learned, at two NAF conferences. A three-judge panel of the Ninth Circuit Court of Appeals upheld the injunction, although one judge dissented in part.

In light of the injunction, the defendants are forbidden from voluntarily disclosing to law enforcement agencies, other government bodies, and the general public any of the recordings or other information obtained at the NAF conferences. The injunction is the reason the “public version” of our Supreme Court petition includes redactions of the information contained in the enjoined materials. The Supreme Court, however, is able to consider all of the information involved in this case including that which law enforcement, among others, cannot now see.

The importance of this case prompted Attorneys General of twenty states to file a superb friend-of-the-court (amicus) brief in support of our certiorari petition. As the Attorneys General note, the Ninth Circuit decision enabling the gag order to stand “sets a precedent that hampers law enforcement’s ability to effectively receive information and investigate possible civil or criminal wrongdoing” and also “empowers would-be wrongdoers, especially those engaged in collusion, conspiracy, or other multi-party enterprises, to shroud their actions and hamper investigations.”

The Supreme Court’s order that NAF file a response to the petition comes at a critical time. As we recently reported, the FBI may be investigating Planned Parenthood and fetal tissue procurement companies to determine the extent to which they may have committed criminal and other illegal acts. The likely FBI investigation follows two, year-long investigations by the United States Senate and House of Representatives into the selling of fetal tissue. Those investigations were prompted by the release of the CMP videos. Committees from the Senate and House issued final reports last December and made multiple criminal and regulatory referrals to federal, state, and local entities for further investigation. The entities that received the criminal referrals included the FBI.

After NAF files its response to our petition, we will be able to file a reply brief. The Supreme Court is expected to consider whether to review the case sometime this winter.

We will continue to keep you posted on this important case, in addition to the ACLJ’s other pro-life work.