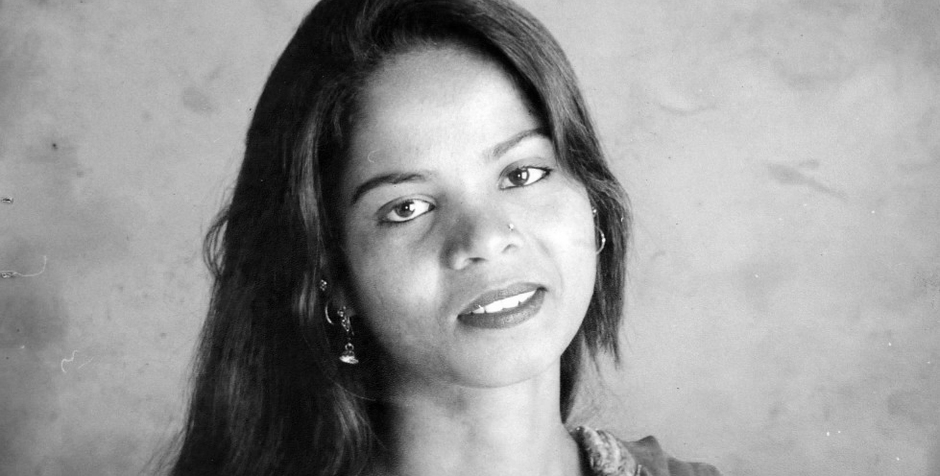 Supreme Court Offers Sign of Hope in the Appeal of Christian Mother Asia Bibi, Currently Sentenced to Execution by Hanging in Pakistan

Hope in the Appeal of Christian Mother Asia Bibi

Finally after things have looked so bleak for Asia Bibi, the Christian mother of five sentenced to death by hanging in Pakistan on absurd blasphemy charges, there has been a sign of hope.

Asia Bibi was convicted of blasphemy in 2010 for offering a Muslim coworker a glass of water, and has since languished on death row, separated from her heartbroken family, and waiting for news of her appeal.

According to new reports, the Chief Justice of Pakistan’s Supreme Court, Mian Saqib Nisar has now promised that the Court will take up Bibi’s appeal. The Chief Justice assured Bibi’s attorney that he will be presiding over the appeal in her case personally.

“Your appeal in Aasia Bibi [case] is going to be fixed soon as I myself will preside [over] the bench,” Chief Justice told Saiful Malook, the counsel for 51-year-old Bibi, on Saturday.

According to her attorney, the appeal is likely to be reviewed and a decision made possibly as soon as this summer.

Malook expressed the hope that the case might be listed for hearing in the next couple of weeks as the CJP [Chief Justice of Pakistan] had also assured him that all criminal appeals would be decided by July.

This is a significant development in her case. One year ago, we reported that “the Chief Justice of Pakistan has declined [Asia Bibi’s] request for an early hearing for the final judicial appeal of her death sentence.” Since that time, no legal progress had been made on her case. She was in legal limbo, sitting on death row in Pakistan because of her Christian faith, with no end in sight. Now there may be new hope.

We have mobilized our global offices, aggressively advocating before the U.N. to intervene for Asia in this clear human rights atrocity. We’ve sent multiple legal letters to Pakistan, demanding her immediate release. She has committed no crime – especially not one for which she should die and her children be made motherless. It’s an atrocity. She is on death row for her Christian faith.

We are hopeful that the Chief Justice will soon schedule the review of the case and Asia Bibi’s plight, and release her without delay.

While Pakistan claims to protect all religious minorities, it currently has a horrible track record for its treatment of Christians and other religious minorities. Violence against Christians in Pakistan just keeps escalating, and the government continues to look the other way. We recently told you about a Christian family of four who went in town to visit relatives for the Easter holiday and was gunned down a day later by jihadists on motorcycle.

Blood-thirsty mobs threaten the safety of entire towns full of peaceful Christians, driving them from their homes with threats of violent attacks and murder.  Multiple churches have been attacked and bombed. In one horrifying case, a Christian boy in eighth grade was dragged from his school and beaten to death by the local police.

But there have been small glimmers of hope. In the case of the murdered schoolboy, the court agreed with the prosecution that there was  “tangible, convincing, and cogent evidence” against the police officers involved. Seeing that the legal system wasn’t going to look the other way this time, the men agreed to pay a $30,000 restitution to the boy’s family.

Even in Asia’s case, we’ve seen small, but positive signs. Just recently we told you prison authorities allowed her to keep a crucifix given to her by the Pope, as a token of his prayers for her release.  It was the first time she was allowed to keep any religious symbol in her cell. We pray this decision by Pakistan’s Chief Justice results in our ultimate goal – that Asia is set free and allowed to return home to her family.

We are actively monitoring Asia’s case and vigorously advocating across the globe on her behalf. We will also continue to appeal to the world’s leaders to intercede with Pakistan and demand that they abide by their international agreements to protect religious minorities and bring violent agitators to justice.

But we need you. Your voice could make the difference. Sign our petition (below and) at BeHeardProject.com.