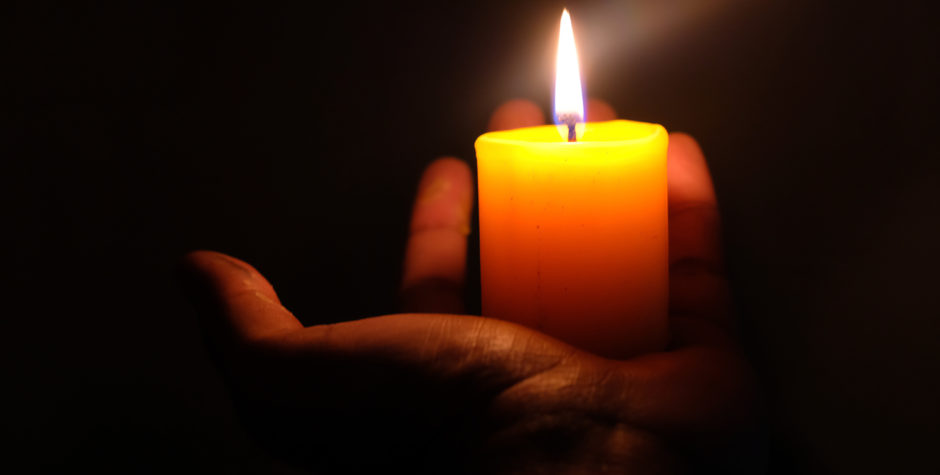 “Therefore, whoever takes the lowly position of this child is the greatest in the kingdom of heaven.” Matthew 18:4

For 8 months a young Christian girl has been held captive by Nigeria’s vicious Islamist army Boko Haram because she refuses to deny her faith in Jesus Christ.

While her desperate parents beg for help, it appears the Nigerian government has done little to secure her freedom.

We told you about brave young Leah Sharibu who was among the 110 schoolgirls who were violently abducted from their village by Boko Haram – the Nigerian jihadist group pledged to ISIS. Of those, five were killed while captive.

104 of the schoolgirls were ultimately released, but Boko Haram still holds 15-year-old Leah Sharibu prisoner because she will not bend to her captors’ demands that she renounce her Christian faith and convert to Islam. Even though it could mean her freedom, and even her life.

While cries for intervention and prayer for Sharibu have come from religious leaders – Christian and Muslim – all over the region, the Nigerian government has shown little action, or concern.

Leah Sharibu’s parents reportedly haven’t even been contacted by their government about their daughter.

"Unfortunately, since the abduction of our daughter, no government official in Nigeria has contacted us or even let us know the effort the government is making towards the release of my daughter," Nathan Sharibu, father of Leah Sharibu, told Morning Star News.

"However, Christians across the world have been supporting us and praying with us. It has not been easy bearing the pains of missing our daughter, but the Lord has been gracious through His unmerited grace to us."

Recently a 35 second recording reported to be Sharibu was released to the media. In it Leah asked for help to gain her release, but in an example of Christ’s love for His Church, made a point to ask for prayer for her family.

"I am calling on the government and people of goodwill to intervene to get me out of my current situation. I also plead to the members of the public to help my mother, my father, my younger brother, and relatives," the teen asks in the recording.

"Kindly help me out of my predicament. I am begging you to treat me with compassion, I am calling on the government, particularly the president, to pity me and get me out of this serious situation. Thank you."

It’s heartbreaking. The steadfast faith of the Sharibu family is a humbling example to us all.

As quoted in the book of Matthew, we should all be more like Leah Sharibu in the face of adversity. But most of us will never have to face the terror this 15-year-old girl has lived with – and stood up to – these past 8 months.

She needs action, before it’s too late. If the government of Nigeria is seemingly unable or unwilling to help this child, we will.

We just told you how we went to the U.N. through our affiliate – the European Centre for Law and Justice (ECLJ) – to deliver a critical oral intervention at the U.N. Human Rights Council on behalf of Christians living under the threat of violence and death from Boko Haram and other terrorist groups like the Fulani Herdsman.

In our oral intervention, we told of the dangers children, especially Christian children, face in Nigeria on a daily basis. We told of how these groups attack children at school, church and how they abducted those 110 girls right out of their school.

We specifically presented the distressing plight of courageous young Leah Sharibu, who was kidnapped and remains a hostage 8 months later simply because she will not turn her back on her Savior or her Christian faith.

We need international pressure on the Nigerian government to take stronger action to stomp the rampant atrocities being committed by these evil terrorists in their country. Leah Sharibu must be brought home safely immediately.

Nigeria’s Christians should not live under the constant shadow of abduction, enslavement, or murder by this savage jihadist militia. Above all, the children must be protected.

Stand with Leah Sharibu. Demand her release and urge protection for all of Nigeria’s Christians.