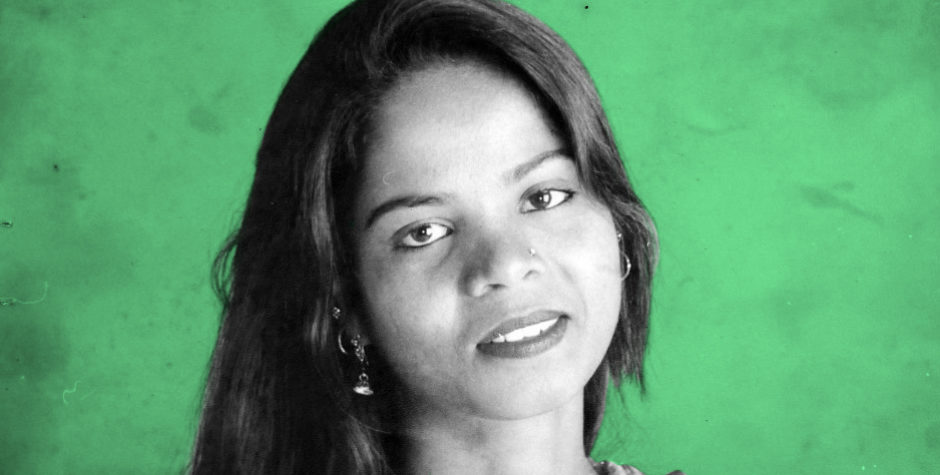 Today marks a huge victory for a Christian woman and for religious freedom, as after suffering a 10-year nightmare ordeal, Asia Bibi is finally, officially, safe and free.

According to reports from multiple news outlets, Asia Bibi’s attorney confirms that she is now out of Pakistan and safely in Canada.

Nine years ago, the Christian mother of five was sentenced to hang because she offered a Muslim co-worker a cup of water. As a Christian, she was considered unclean; and as a result of her selfless offer, she ended up being charged with baseless blasphemy charges. Today, because of countless people around the world demanding her freedom, the tireless work of her attorneys in Pakistan, a multipronged global legal advocacy campaign led by the ACLJ legal team, and the prayers and support of Christians worldwide, she can begin a new life with her family.

Even though her conviction and death sentenced were thrown out six months ago, Asia Bibi has been forced to remain in Pakistan under “protective custody” as extremists appealed the acquittal and called for her to hang for her Christian faith.

Asia Bibi was arrested in 2009 and convicted in 2010 under Pakistan’s archaic blasphemy laws for allegedly speaking disparagingly against the Prophet Muhammad – an accusation Asia fervently denies to this day. She was sentenced to execution by hanging.

Her only real “crime” was that she offered water to Muslim co-workers who believed Asia had made the water ceremonially unclean by drinking from the same cup. Days after this argument, a Muslim cleric lodged a complaint against Asia after a mob of violent Muslim extremists beat her and forced her to confess.

For more than four years, our team fought for Asia Bibi’s freedom, engaging in a multipronged legal advocacy campaign across the globe. We met directly with Asia Bibi’s attorney. We’ve worked through our office on the ground in Pakistan. We’ve presented Asia Bibi’s plight to the U.N. through multiple written and oral presentations, asking the global body to intervene for her freedom. We sent a legal letter directly to Pakistan, demanding her immediate release.

More than 800,000 people from more than 200 countries and territories worldwide signed our petition for her freedom.

Six months ago, our legal team in Pakistan was in the courtroom when Pakistan’s Supreme Court overturned Asia’s conviction and death sentence, saying she was free to go. Unfortunately, that was not where her plight ended. Angry mobs took to the streets, not only demanding her death, but threatening the lives of the Supreme Court justices who acquitted her.

Two politicians in Pakistan were assassinated for defending Bibi; and at least one of the killers, who was later executed for the crime, is now celebrated by Muslim extremists as a martyr.

We told you in January a review petition had been filed, urging the court to reconsider its decision and reinstate her conviction and sentence. Asia Bibi was forced to remain in Pakistan in “protective custody” for her safety:

After spending eight years on death row, the 54-year-old’s conviction was overturned last year by the Supreme Court. Despite being a “free woman” after the death sentence was thrown out, she has been in protective custody since then because of religious extremists' calls for her hanging.

She had been denied permission to leave the country for several months as the government waited for sentiments to cool.

Today her nightmare is over. It has been reported that Asia Bibi arrived safely in Canada and has been reunited with her children.

Asia Bibi, a Christian woman who spent eight years on death row in Pakistan for blasphemy before she was freed last year, has flown to Canada where she has reunited with her family, her lawyer has said.

This is why we fight. An innocent Christian mother’s life has been saved. Now she is safely with her children and they can start a new life, free from violent persecution.

And this reunion might never have happened without the tireless efforts of the ACLJ legal team and the more than 800,000 ACLJ supporters who joined in the fight, signing our petition demanding Asia Bibi’s life be spared and she be set free. Your support for the ACLJ and tireless prayers helped save an innocent Christian woman’s life, and that is something we should all celebrate.