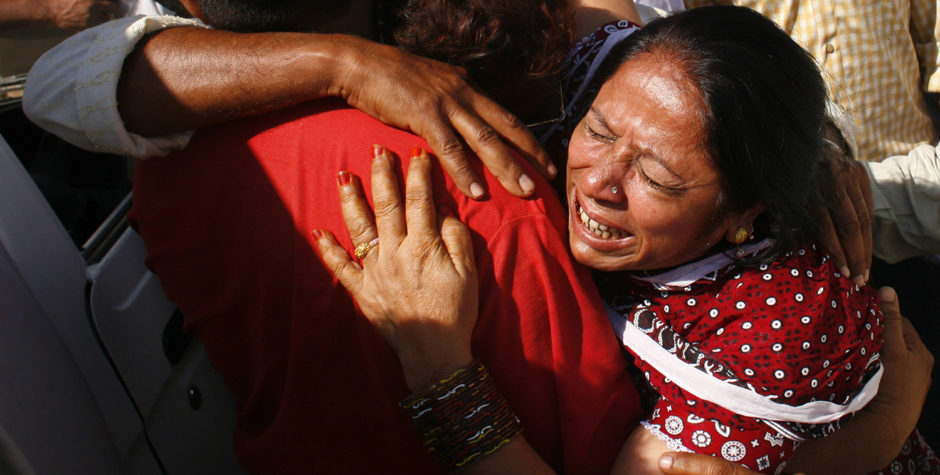 Christians in Pakistan face the worst persecution imaginable – terror, violence, abduction, and even death  – and the Pakistani government seems unwilling or unable to protect them.

We just made a critical oral intervention to the U.N. Human Rights Council to urge the international community to protect Pakistan’s persecuted Christians.

Christians like Asia Bibi, who we’ve told you faces execution by hanging for violating Pakistan’s barbaric blasphemy laws, face unending torment. Bibi was convicted for the “crime” of offering a Muslim co-worker a drink of water. It seems inconceivable to us, but an innocent Christian mother could hang for this archaic conviction.

Other Pakistani Christians are being terrorized, tortured, and killed because of their faith. We recently told you about a Christian family visiting relatives over the Easter holiday that was targeted and viciously gunned down by assailants on motorcycles. Only one young girl survived. And this was just after the second anniversary of the Easter Sunday when a jihadist suicide bomber massacred 18 Christians celebrating the holy day.

Bloodthirsty mobs are declaring martial law and spreading terror and violence and committing violent attacks on innocent Pakistani Christians. We told you about a group of Christians who were working on their church building when they were assaulted and savagely beaten by a pack of radicals with clubs. None of the attackers were arrested.

In a similar incident, another hostile mob hurled bricks at Christians, injuring several, for trying to hang a banner announcing Palm Sunday services at their church. At least in this case, three of the perpetrators were arrested.

It shouldn’t be surprising so few arrests are made in these violent anti-Christian flare ups. Christians in Pakistan are not even safe from the local authorities who should be protecting the people and upholding laws. We reported how an eighth grade school boy was dragged out of his school and beaten to death by six policemen because he was a Christian and had a minor schoolyard dust-up with a Muslim student.

For the most part Pakistan has ignored the cries of its Christian citizens. Violence and persecution have become the norm.

At the ACLJ, we have mobilized our office on the ground in Pakistan. We have successfully defended persecuted Christians in Pakistani courts. We are fighting to end Pakistan’s taxpayer-funded foreign aid until Christians there receive the same safety and protections as other faiths.

Only recently, we told you that we made a critical legal submission to the U.N. Human Rights Council in defense of Pakistani Christians. Now we’ve just made an impassioned oral presentation, urging the world’s leaders to intervene and demand that Pakistan protect its Christian community and repeal or amend its ambiguous and draconian blasphemy laws. You can read the text of our oral intervention below:

In particular, section 295-C of the Pakistani Penal Code (PPC) states: “Whoever by words, either spoken or written, or by visible representation or by any imputation, innuendo, or insinuation, directly or indirectly, defiles the sacred name of the Holy Prophet Muhammad (peace be upon him) shall be punished with death, or imprisonment for life, and shall also be liable to fine”.

Since the enactment of these laws, over one thousand cases of blasphemy have been registered, over fifty people have been extra-judicially killed by Muslim mobs or individuals, and at least forty people are currently on death row or serving life sentences. Hundreds more have served or are serving prison terms ranging from three to ten years.

One prominent case is that of Asia Bibi, a Christian mother of five who was convicted of blasphemy for offering her co-workers water from her cup. The coworkers told Asia that she had made the cup ceremonially unclean by drinking from it. They ordered her to convert to Islam, but Asia refused and expressed her faith in Jesus Christ. She was charged with blasphemy, convicted, and sentenced to death. She has been in prison for the last nine years, waiting for the Supreme Court of Pakistan to hear her appeal.

Therefore, we urge this Council to investigate cases of blasphemy, extrajudicial killings, and to require Pakistan to repeal or amend its blasphemy laws.