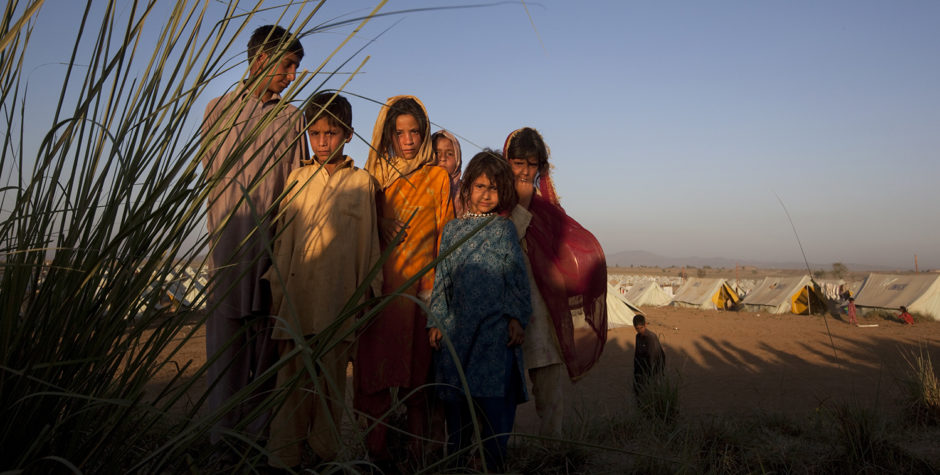 Pakistani Christians often face violent persecution, torture, police abuse, and even murder because of their faith.

We refuse to accept this and have taken action to defend these Christians.

We just filed a critical legal submission through our European affiliate, the European Centre for Law and Justice (ECLJ), at the U.N. Human Rights Council (HRC). We are urging the world's leaders to demand Pakistan stop turning a blind eye and act on its obligation to protect its endangered Christians.

Pakistan’s government, under the new leadership, will now not only have an opportunity, but also has the indispensable duty, to protect all Pakistani citizens, despite and even because of their religious beliefs. The ECLJ requests that the HRC urge the Pakistani government to address human rights issues, especially the minorities’ right to religious freedom, equal protection of law, and protection from religiously-motivated violence.

Christians in Pakistan are specifically targeted and terrorized, tortured, and killed because of their faith.

Violent radical mobs wage campaigns of terror and violence against innocent Christian families. We told you about a group of Christians working on their church who were assaulted and savagely beaten by radicals with clubs.

A Christian family visiting relatives over the Easter holiday was viciously gunned down by assailants on motorcycles. Only one young girl survived. Two years ago a suicide bomber massacred 18 Christians on Easter Sunday.

Not even children are safe. An eighth grade school boy was dragged from his school and murdered by policemen because he was a Christian.

We also highlighted the heartbreaking plight of Asia Bibi, the innocent Christian mother of five sentenced to hang in Pakistan.

Pakistan’s archaic blasphemy laws embolden these attacks and injustices, giving Islamic extremists the false belief that they have some divine right to harass and assault – even kill – Christians without consequence. If the government won’t intervene, the bloodshed will likely continue.

As our submission pointed out:

The HRC must also raise concerns regarding Pakistan’s infamous blasphemy laws with the government. As previously noted by the ECLJ and numerous other organisations, blasphemy laws are broad and easy to misuse. Blasphemy charges often result from personal vendettas. Since Pakistan enacted these laws in the 1980s, over one thousand cases have been registered and over forty people are on death row or serving life sentences. Over fifty people have been killed over blasphemy allegations in mob attacks or attacks by individuals. Additionally, hundreds of people accused of blasphemy are serving or have served prison terms ranging from three to ten years.

This living nightmare for Pakistan’s religious minorities must end.

Our submission insisted the international community stand up and put pressure on Pakistan to protect its Christian community as well as demanded it repeal or amend its ambiguous and oppressive blasphemy laws.

We will continue to aggressively defend Pakistan’s Christians at the U.N. and through our office on the ground in Pakistan, but we need YOU.