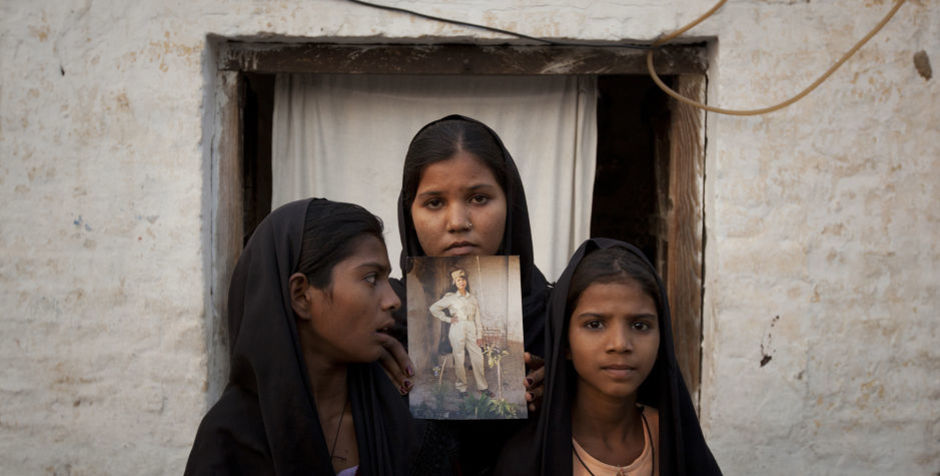 Emergency Advocacy Letter Delivered to Pakistan’s Ambassador to the U.S.

Asia Bibi, Pakistani Christian and mother of five, is on death row. Pakistan’s Supreme Court is set to hear the final appeal of her case in just two days – Thursday, October 13th. Today, we delivered an emergency letter in support of Asia to Pakistan’s Ambassador to the United States. Our letter requests that he do everything in his power to advocate for Asia’s freedom, and for “the protection of the rights and religious freedoms of all Pakistani citizens.”

Asia has been death row for her Christian faith for 2,164 days – nearly six years. She was accused and convicted of blaspheming the Prophet Muhammad’s name. Under Pakistani law, blasphemy is punishable by death, and Asia was sentenced to death by hanging. Her only “crime,” however, was publically affirming her faith in Jesus Christ.

Asia was arrested back in 2009, after an argument occurred between her and her co-workers. As we informed the Ambassador:

Asia, who was picking berries, took a break from her work to get a drink of water and offered some water to the other women working with her. Her co-workers informed Asia that they could not drink water from the hands of a Christian woman, because, by handling it, she had made the water haram. Asia’s co-workers then demanded that she convert to Islam to be cleansed of her impurity. Asia refused and instead publically affirmed her faith in Jesus Christ.

We’ve reported before how events then escalated, leading to Asia’s arrest five days later. Asia’s subsequent trial was full of errors, and in November 2010, Asia was sentenced to death. Asia appealed her conviction to the Lahore High Court, which – four years later, in October 2014 – upheld her conviction. Now, Pakistan’s Supreme Court is about to hear Asia’s final appeal.

Our letter to the Pakistani Ambassador discusses Asia’s case and addresses key aspects of Pakistani law, as well as its obligations under international law.

Pakistan is a party to the International Covenant on Civil and Political Rights (ICCPR). It also voted in favor of the Universal Declaration of Human Rights (UDHR), which states: “[e]veryone has the right to freedom of thought, conscience and religion; this right includes freedom to change his religion or belief, and freedom, either alone or in community with others and in public or private, to manifest his religion or belief in teaching, practice, worship and observance.”

Moreover, article 6 of the ICCPR limits the “sentence of death” to only “the most serious of crimes.” Neither the death penalty nor life imprisonment is by any standard proportional punishment to the “crime” of blasphemy.

While the Supreme Court hearing Asia’s appeal is a positive development in her case, it does not guarantee that Asia’s conviction will be overturned. By becoming a party to the ICCPR Pakistan has voluntarily undertaken the obligation to ensure that religious freedom is guaranteed to all its citizens. Pakistan needs to honor its international legal obligations and release Asia Bibi.

You can join with over 475,000 people from around the world who are also advocating for Asia’s freedom by signing our petition.

As we continue to aggressively advocate for this Christian mom, Asia Bibi, across the globe, our team on the ground in Pakistan will be attending the Supreme Court hearing. We will keep you updated as the fight for her freedom progresses. Please sign the petition and earnestly pray.