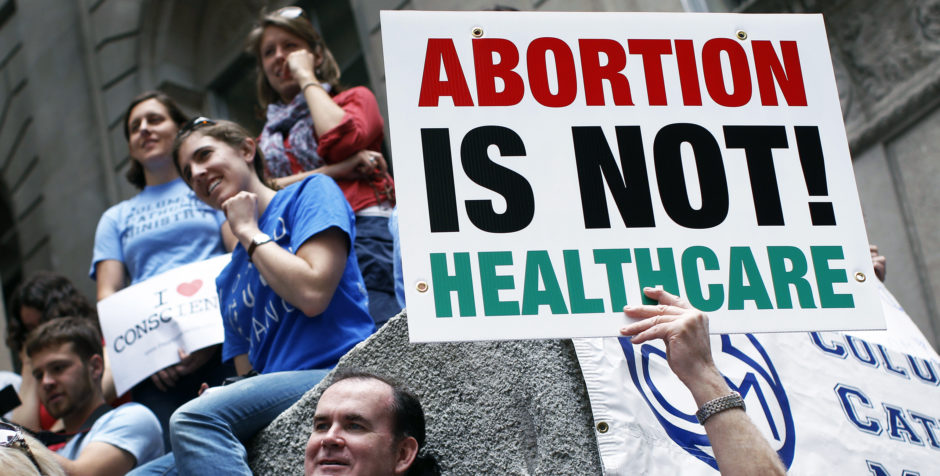 A Victory for Religious Liberty Over the Abortion-Pill HHS Mandate

A Victory Over the Abortion-Pill HHS Mandate

Today, the Trump Administration took definitive action in defense of religious liberty. The Departments of Health of Human Services (HHS), Labor, and the Treasury issued “interim final rules” that, if finalized, will reverse the unconstitutional and illegal HHS Mandate created by the Obama Administration over five years ago.

The interim final rule, which goes into effect today, effectively eviscerates the abortion-pill mandate and stands as a tremendous victory for religious liberty.

The rule-making does not just vindicate the rights of our clients — for whom we fought in federal court over the course of many years — it vindicates the rights of every employer (whether a business, a charity, or a political organization) to carry out their endeavors in accordance with their religious and moral principles. This is nothing short of a tremendous victory for conscience and religious freedom.

The abortion-pill mandate, you will recall, imposed on employers, under pain of ruinous financial penalties, a requirement that they pay for and provide certain drugs and services (including abortion-inducing drugs) through their health insurance plans, even if it went against their firmly held religious beliefs.  It was never voted on by Congress, but was concocted by bureaucrats under the direction of President Obama and then-HHS Secretary Kathleen Sebelius.

Not long after the abortion-pill mandate was finalized in early 2012, the groundswell of litigation commenced. The ACLJ filed the first lawsuit on behalf of a for-profit employer against the Mandate, O’Brien Industrial Holdings v. Sebelius, which was followed by ACLJ litigation in six other cases.  We also filed a certiorari petition with the Supreme Court on behalf of Frank and Phil Gilardi who own and operate Freshway Foods in Ohio.

Though the Supreme Court ruled in the Hobby Lobby decision that the Mandate violated the rights of objecting employers under the Religious Freedom Restoration Act (“RFRA”), the Obama Administration did not back down. Instead of granting employers like Hobby Lobby, the Little Sisters of the Poor, our clients, and other objecting employers a complete exemption from having to comply with the Mandate — something that, as we have always argued, was required by RFRA — the Administration came up with a so-called “accommodation.” It was a shell game that amounted to nothing more than accounting gimmicks and euphemisms – an alternative means to force these employers to violate their conscience.

It was that “accommodation” that became the subject of the Supreme Court’s Zubik decision last year, a case in which the ACLJ filed an important amicus brief. In that case, the Court did not specifically rule on its legality, but instructed the parties to try and work out their differences. The high Court did rule, however, that “the Government may not impose taxes or penalties on petitioners for failure to provide the relevant notice” while those cases remained pending.

Following these Supreme Court decisions, the ACLJ submitted comments to HHS urging new rule changes that would provide key conscience exemptions, arguing that no one should be forced to violate their faith. Now, those recommendations are being implemented.

After a year of discussions pursuant to the Supreme Court’s order (not to mention a presidential election and new Administration), the Departments of HHS, Labor, and Treasury have announced new rules that will ultimately resolve the current lawsuits and allow for religious and moral exemptions in the future.

The interim final rules specifically state that, “requiring certain objecting entities or individuals to choose between the Mandate, the accommodation, or penalties for noncompliance imposes a substantial burden on religious exercise under RFRA.”  Because of that burden, and because the Mandate neither serves a compelling governmental interest, nor is the least restrictive means of furthering any such interest, RFRA, according to the rules, requires a total exemption for those employers whose religious or moral beliefs will not allow them to comply.

In other words, for-profit businesses, like our clients, and non-profit entities, like the Little Sisters of the Poor, will no longer have to facilitate the use of objectionable drugs and services required by the abortion-pill mandate.  They will simply be able to do what they have always wished to do: operate and organize themselves pursuant to their religious beliefs.  (That is, after all, exactly what both RFRA and the First Amendment’s Free Exercise Clause require.)

There’s no other way to describe it: today’s administrative action is a tremendous victory for conscience and religious freedom.

Nonetheless, many will shout that today’s announcement will cause the sky to fall or turn back the clock on so-called “reproductive rights.”  They are wrong.  According to the news release issued by HHS, “the regulation leaves in place preventive services coverage guidelines where no religious or moral objection exists . . . .”

Even still, groups like Planned Parenthood, NOW, and the ACLU will not be happy, and it is likely that they will take their grievances to court.

Should they do so, the ACLJ will meet them every step of the way. We fought for years in court to guarantee religious liberty over this issue. We stand ready and willing to defend it for the fight to come.

This article was co-authored by ACLJ Executive Counsel CeCe Heil.