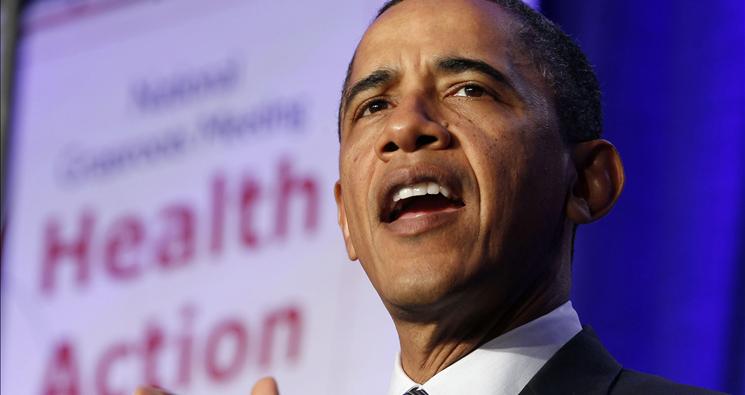 The Obama Administration has released its newest attempt to bestow upon a segment of the American populace a benevolent gift of religious freedom.

The HHS mandate provides that all employer health insurance plans cover abortion pills regardless of whether that life-ending drug coverage directly violates the deeply held religious beliefs of those forced to pay for it.

The latest HHS rule proposes a slight shift in the proposed “accommodation,” but it does nothing to change the danger of the government mandate. It’s the same unconstitutional mandate imposed on religious liberty.

The so-called accommodation provides that nonprofit religious organizations can be excluded from being forced to provide this coverage, but that their insurance company must pay for and provide insurance coverage for the employees at “no cost.”  So who pays for the abortion pills?

Here’s what part of the rule actually says:

With respect to payments for contraceptive services, the issuer may not impose any cost-sharing requirements (such as a copayment, coinsurance, or a deductible), or impose any premium, fee, or other charge, or any portion thereof, directly or indirectly, on the eligible organization, the group health plan, or plan participants or beneficiaries. The issuer must segregate premium revenue collected from the eligible organization from the monies used to provide payments for contraceptive services.

Here’s how HHS explains it, “The insurer then notifies enrollees in the health plan that it is providing them separate no-cost payments for contraceptive services for as long as they remain enrolled in the health plan.”

Where can the insurance company possibly get this money?  “No-cost payments”?  Have we entered the twilight zone or a world without logic?

Someone is paying for this, and the new accounting gimmicks HHS is attempting to set up are going to be almost impossible to enforce.  The reality is nothing changed.  And that’s just the way President Obama likes it.

It's the same pro-abortion accounting scheme that allows us to send half a billion dollars in taxpayer funds to the largest abortion provider in America and still not "violate" the law which prohibiting funding of abortion.

The so-called accommodation also does not cover for-profit businesses.  To the Obama Administration a businessman must leave his religion at the door, as if the First Amendment doesn’t apply to businessmen.  If the First Amendment doesn’t apply to businesses, then could someone please explain Freedom of the Press.  Though, with recent revelations of spying on the press and accusing journalists of being co-conspirators, maybe the Administration is just being consistent in this view.

The reality is that all Americans deserve to have their religious liberty protected, and the Constitution does just that.  The day before HHS issued its final rule, another federal appeals court stopped its application to another for-profit business, Hobby Lobby, tracking the arguments made in our amicus brief in that case.  In the ACLJ’s cases against the abortion-pill mandate, our clients are now 7-0.  These cases will continue, and this issue will eventually be decided by the Supreme Court.

Pushing aside all the accounting gimmicks and demagoguery of the Obama Administration, the truth is simple.  The HHS abortion-pill mandate violates the constitutional rights of millions of Americans, no matter how you spin it.