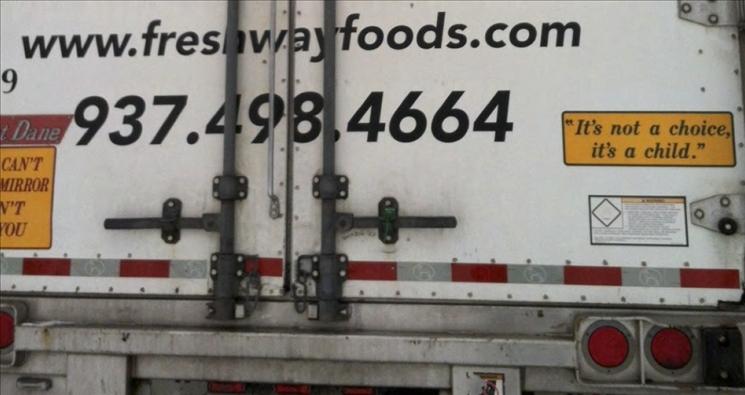 Taking the Abortion-Pill Mandate to the Supreme Court

Today, as announced here, the ACLJ has taken a challenge to the HHS Mandate directly to the United States Supreme Court.  Last Friday, the D.C. Circuit Court of Appeals, often referred to as the second most powerful court in the land, ruled in our Mandate case brought on behalf of Frank and Phil Gilardi and the two companies they own and control, Freshway Foods and Freshway Logistics.  Like our other clients for whom we have filed suit and obtained preliminary injunctive relief in six other cases, the Gilardis cannot in good conscience comply with what the Mandate requires of their companies: to pay for and provide in a health plan drugs and services to which they religiously object.

In last week’s opinion, the court of appeals could not have been clearer regarding the effect of the Mandate on the Gilardi brothers’ religious freedom: it “trammels the right of free exercise—a right that lies at the core of our constitutional liberties.”  In addressing whether the Mandate satisfied what is called “strict scrutiny,” defined by the Supreme Court as “the most demanding test known to constitutional law,” the court of appeals was equally clear: the Mandate does not serve a compelling governmental interest (the court called the government’s arguments on this score, “sketchy and abstract”) and it is not the least restrictive means of achieving the government’s alleged interests (the court called the government’s arguments here, flawed and “self-defeating”).

Based on these holdings, amounting to an unquestionable legal victory for business owners who want to manage their companies consistent with their religious beliefs, the court reversed the decision of the trial court that denied the Gilardis a preliminary injunction.

Though the court of appeals vindicated the religious rights of Frank and Phil Gilardi individually, it declined to our accept our argument that the Freshway Companies themselves have a right to challenge the Mandate on religious freedom grounds.  The court said it had “no basis for concluding a secular organization can exercise religion.”

We respectfully disagree.  While it is true that the Supreme Court has never explicitly held that a “secular” corporation has a right to operate under binding religious norms, it is equally true that the Supreme Court has never rejected that argument either.  Moreover, as explained in the petition, what the Court has held regarding the exercise of religion in the corporate form and in the commercial context amply supports the idea that, whether labeled as “secular” or “religious,” “for-profit” or “non-profit,” corporations have the right to hold religious principles and to act upon them.

In fact, the Supreme Court has made clear that all corporations -- no matter their mission, nature, or purpose -- are protected by the First Amendment when engaging in free speech activity.

To restrict religious freedoms only to “secular” corporations would mean that though such a corporation is free to speak on issues of religious concern, any decision to act on those concerns is wholly unprotected.  It would mean that though the Freshway Companies have a First Amendment right to display signs on their delivery trucks stating, “It’s not a choice, it’s a child,” they do not have a right to act upon this belief by excluding abortifacient drugs in their health plan.

Such a result would rank religious freedom secondary to free speech, even though the First Amendment provides for the free exercise of religion before naming the freedoms of speech, the press, assembly, and petition.

What’s interesting to note about the D.C. Circuit’s opinion is that though it refused to extend free exercise rights to what it called “secular” corporations, the court openly opined that the Supreme Court might eventually think differently -- perhaps in this very case.  Judge Janice Rogers Brown, writing for the court, stated that though the Supreme Court “has never seriously considered such a claim by a secular corporation or other organizational entity [this] is not to say it never will.”

Over two years ago, well before the onslaught of litigation against the Mandate, the ACLJ submitted formal comments to the Department of Health and Human Services on behalf of the Dominican Sisters of the Congregation of St. Cecilia of Nashville, Tennessee.  We told HHS that the Mandate imposed a stark choice upon the religious order: “Obey Caesar, or Obey Christ.”  In a country dedicated to religious liberty, that is a choice the government may not lawfully require any person or group to make.

Since filing O’Brien’s complaint in a Missouri federal court, the ACLJ has filed suit in other jurisdictions on behalf of other employers with one goal in mind: to secure, once and for all, the rights of businesses and their owners to practice their trade consistent with religious principles and beliefs.  So far, we have obtained preliminary relief against the Mandate in all our cases, and we still wait for decisions from the Seventh and Eighth Circuits in the O’Brien and Korte cases.

Today, after a year and half of litigating in the lower courts, representing thirty-two business owners and their corporations, we have reached the high court asking it to rule upon issues of the highest importance.  Whether the Court will grant our petition and agree to hear the merits of our case remains to be seen.  No matter, however, which Mandate challenge the Court ultimately chooses to consider (three others are currently pending), we will do our utmost to persuade the Supreme Court to rule in favor of the supreme freedom upon which this country was founded: the right to religious exercise.