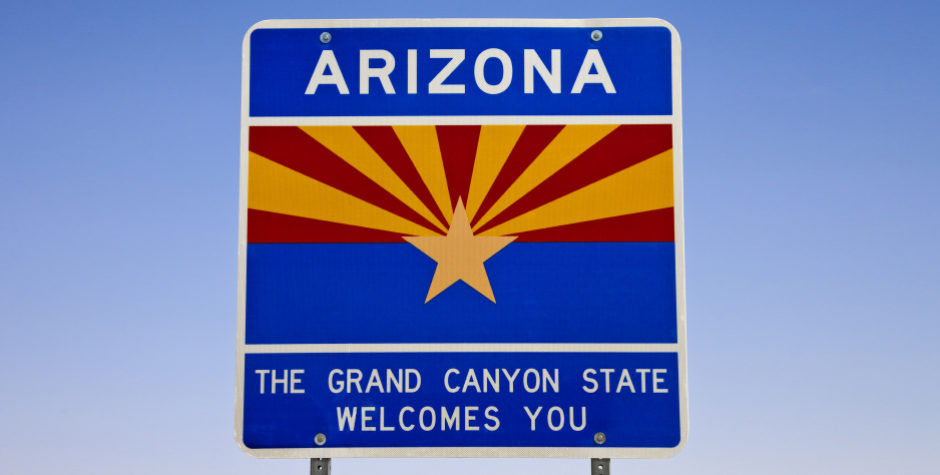 The ACLJ just scored a key victory in the 9th Circuit Court of Appeals in our ongoing defense of the interests our ally Israel against harmful antisemitic discrimination and economic terrorism.

We filed a critical amicus brief in a case when a lawyer sued the State of Arizona over what he erroneously called suppression of free speech due to his support for anti-Israel organizations and activities such as those by the Boycott, Divestment, and Sanction (BDS) movement.

As we have argued many times, the goal of BDS is clear and unambiguous: the elimination of the State of Israel.

The (BDS) movement operates as a coordinated, sophisticated effort to disrupt the economic and financial stability of the State of Israel, including by causing direct harm to the economic interests of persons conducting business in and with the State of Israel. BDS proponents claim responsibility for significant damage to Israeli business interests; and they use threats of withdrawal of financial support to coerce companies to cease or refuse to engage in business interests with or in the State of Israel, its nationals, and its residents, as well as with other persons who are Jewish or who do business with persons who are Jewish.

As we said in our filing, Arizona has chosen a policy to not enter into business relations with companies that participate in activity that directly undermines the State’s own commercial policies and interests.

Arizona-based attorney Mikkel Jordahl who is actively involved in organizations that share a common anti-Israel bias and agenda contracted with the State of Arizona for 12 years, providing legal advice and training to jail inmates.

Jordahl was well-aware of the state’s policy and in 2016 when his contract was up for renewal, he willingly signed an agreement, certifying that that his business was not acting in compliance with or adherence to calls for a boycott against Israel.

However Jordahl stated that he, in his personal capacity, would not necessarily refrain from the types of boycotts addressed in the Statute. The county accepted his certification even with his caveat, and Jordahl abided by the terms of the certification and kept any personal boycott participation separate from his firm. However a year later, he voluntarily chose to walk away from his deal with the state, and then with the help of the ACLU, filed a frivolous free speech lawsuit.

As stated in our brief:

In November 2017, Jordahl chose not to renew his contract with the State of Arizona, citing his objection to the Statute. Id., ¶¶ 38–41. On December 7, 2017, Jordahl, represented by the American Civil Liberties Union (ACLU), filed this lawsuit against the State of Arizona claiming that the Statute simultaneously chills and compels private speech in violation of the First Amendment.

We argued that the statute in no way “chilled” his right to free speech or to boycott anything in a personal manner, just as his agreement stated he could. It was his decision to walk away from the contract.

The Statute is a quintessential example of constitutional government speech whereby the State of Arizona has determined which agendas and policies it will and will not support when contracting with commercial partners. The government is not required to remain viewpoint-neutral in such circumstances but is instead permitted to take or not take a position of its own. In this case, the State of Arizona has merely chosen not to enter into business relations with companies that participate in activity that directly undermines the State’s own commercial policies and interests.

To the extent that private speech may be implicated here, the Statute has no unconstitutional chilling effect, nor does it unconstitutionally compel private speech. Because the State is acting here not as sovereign but instead in its capacity as a contractor, its substantial interests in ensuring the efficient and effective operation of government services greatly outweighs any private speech rights that may be implicated by the terms of the Statute. Furthermore, the Statute does not prohibit any private individual, acting in a personal capacity and according to a personal choice, from boycotting the State of Israel or engaging in related speech of his or her choosing, as Mr. Jordahl’s Complaint makes absolutely clear.

The 9th Circuit agreed, and ruled to “vacate the preliminary injunction and remand the case to the district court with instructions to dismiss the claims for declaratory and injunctive relief.”

Dangerous antisemitism is on the rise, including widespread discrimination and attacks against Jewish students and faculty on taxpayer-supported university campuses. Street violence and deadly attacks against Jews are happening with increasing frequency. Anti-Israel rhetoric of the kind spread by the BDS movement easily can and has led to violence against innocent people right here in America.

It is gratifying that the State of Arizona and the 9th Circuit has chosen not to reward or encourage this behavior.

At very least it is a step in the right direction.