Standing against the Anti-Israel BDS Movement at the U.N. | American Center for Law and Justice
Search  |  Logout  |  Login  |  Register 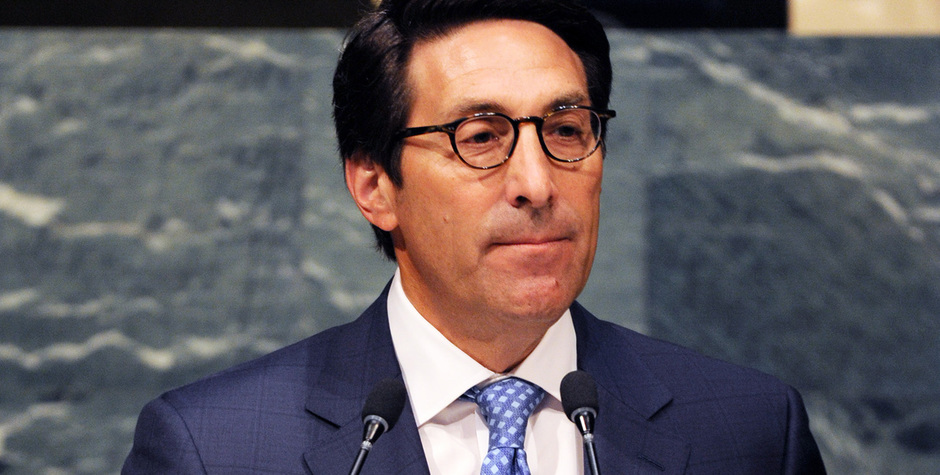 Standing against the Anti-Israel BDS Movement at the U.N.

Today at the United Nations in New York City, I’m presenting at Ambassadors Against BDS – International Summit at the U.N. We were asked to co-sponsor this global conference to share how we have fought and won against the anti-Israel Boycott, Divestment, and Sanctions (BDS) movement.

We fight against the BDS movement and other global threats to justice and security often.  Our European affiliate, the European Center for Law and Justice (ECLJ) is an NGO with special Consultative Status before the U.N. We opened our permanent office in Jerusalem in 2009 and have advocated on behalf of Israel’s interests at The Hague before the International Criminal Court.

Today, I will discuss how we’ve won and will continue to win against the BDS movement. Our strategy has four prongs:

In terms of educating the public about the true nature of BDS, and changing the conversation stemming from false BDS narratives, the ACLJ’s reach is unprecedented.

In the past year, ACLJ lawyers have briefed legislators from more than 30 states about BDS. And we are working with legislators and staff on Capitol Hill and in states including Kansas, New York, Ohio, Texas, Wisconsin and more to take anti-BDS laws to the next level.  ACLJ lawyers have developed new legislation that makes it illegal to engage in coordinated boycott activity against U.S. citizens and businesses to harm or pressure them because they do business with Israel or Jews. And our bill allows those who are injured by such coordinated boycott activities to go to court to pursue [treble] damages against those who cause them harm. We expect to see this approach signed into law in multiple states over the next 12 months.

The ACLJ is combatting BDS in the courts and in the media, on campuses and in boardrooms, and at every level of government:  local, state, federal and international.

The ACLJ has taken the lead nationally with the unique and more aggressive approach embodied in the ACLJ’s model PEACE of Israel Act. The ACLJ’s approach is to our knowledge the first proposed legislation to make unlawful (and create a private right of action for those injured by) certain BDS-related activities. The ACLJ is a member of the Federalism and International Relations Task Force of the American Legislative Exchange Council, a national organization of state legislators from all 50 states, where the ACLJ has presented information about BDS (and anti-BDS initiatives) to state legislators from all over the country and with whom the ACLJ is working on creating model legislation.

But beyond that, I will share with the U.N. what the ACLJ has already done to defeat the BDS movement time and time again, using existing legal structures to ensure that the civil and human rights of the Jewish and pro-Israel community are protected and enforced.

I will let the Ambassadors know the myriad of legal strategies we’ve used to defeat BDS initiatives perpetrated by the National Council of the American Sociological Association (ASA), the University of Chicago Loyola, the University of California Student-Workers Union (UAW 2865), City University of New York (CUNY), UCLA graduate students, and more.

Using comprehensive, innovative legal strategies utilizing demand letters, statutory and constitutional analysis, and many of these schools’ own non-discrimination and harassment policies and procedures. Every case we have taken up so far, we have won.

But we have many fights ahead of us, which is why we continue to partner with others and equip others to fight back against BDS as well.

And so our efforts are working. And in conjunction with out four-pronged approach we have also done some other things to prepare for the long road ahead.

The ACLJ has also partnered with other organizations in the launching and maintenance of EndBDS.com, a website that brings together partner organizations and pro bono lawyers throughout the pro-Israel community working to fight anti-Israel activity through united action. EndBDS is meant as a one-stop destination for those fighting the BDS Movement, and the extremism and anti-Semitism that often accompanies BDS, particularly on college campuses.

ACLJ attorneys have participated in conferences and delivered lectures across the country, and on behalf of various organizations, on BDS related matters.

They have assisted other organizations and individuals in reviewing legal aspects of anti-BDS articles, and have begun the process of gathering material for an anti-BDS book. Our law clerks have worked with various organizations, including the center for Israel Education, on the legal aspects of educational material.

In addition to all of the above, over the past year, the ACLJ has helped multiple Jewish students and professors who have been targeted by Palestinian/anti-Israel student organizations.

And so the message I want the ambassadors at the U.N. to leave with is a simple one: In order to defend individuals against unjustifiable discrimination, the ACLJ urges college administrators to reject false narratives of the supporters of the BDS movement.

To avoid the continued harassment, denigration, and marginalization of Israeli supporters, the ACLJ stresses the importance of colleges and universities denouncing anti-Semitism in all its forms and taking action against anti-Jewish discrimination on campus.

For the students, faculty, employees, or other members of any organization who are threatened and harassed, the ACLJ is fighting to protect their freedoms. And those who would continue to single out one nation and one people for discrimination and harassment are now officially on notice.

We will not give up on the fight to defend Israel from these warrantless attacks across the globe. We are winning, and today's event at the U.N. is a critical step forward in our ongoing efforts to expose and stop vicious anti-Israel attacks, no matter what form they take.