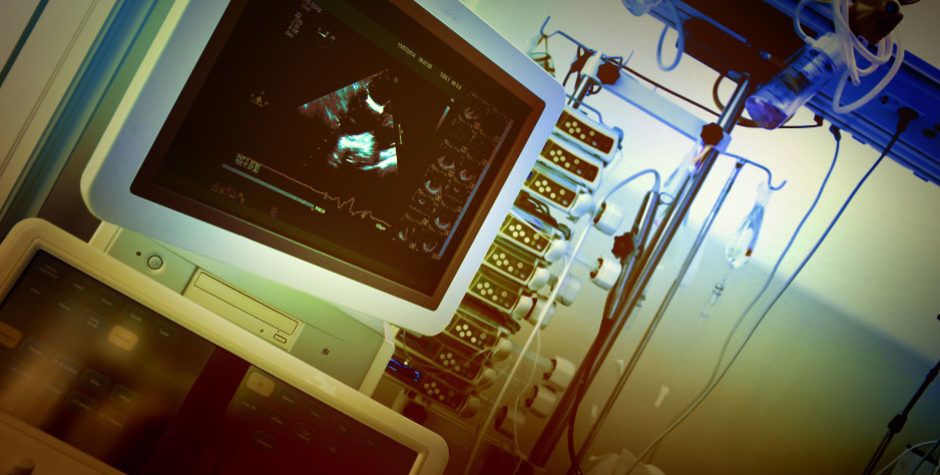 It’s almost impossible to fathom, but the state of New York just decided that your life does not begin until, and unless, you’re lucky enough to be born.

Incredibly, not only did Governor Cuomo sign possibly the most disgusting pro-abortion bill in the 46 years since Roe v. Wade, he also celebrated it by ordering One World Trade Center’s spire to be lit pink.  Upon doing so, one commentator put the action into perspective by stating: “Now it looks just like the needle that is used to supply the lethal injection to the living unborn child.”

Cuomo called the bill a “historic victory for New Yorkers and our progressive values.”  He was obviously referring to those New Yorkers who were lucky enough to be born, as more than half of all pregnancies in New York already end in abortion. And apparently, “progressive values” must mean valuing the right to kill an unborn baby over valuing the life of that baby.

After 13 years of trying to introduce a gut-wrenching piece of legislation called The Reproductive Health Act (RHA), Democratic lawmakers, now in control of both the Senate and assembly, were finally successful.  The RHA not only allows an unborn baby to be killed at any time for any reason, it decriminalizes any killing of an unborn baby through abortion or otherwise. It also gets rid of the legal protection afforded a baby who is born alive after an abortion.

And just in case you fall for the rhetoric that this law is somehow a win for women, this same law also gets rid of all the health and safety provisions previously in place, including requiring that an abortion procedure, after 12 weeks, be done by a physician, and removes any criminal liability if the abortion provider causes the death of the mother when performing a late-term abortion. You heard that right. Since abortion is now legal in NY up until the point of birth, there is no longer any criminal liability if an abortionist, who no longer needs to be a doctor, causes the death of the mother while performing a dangerous late-term abortion. So apparently, unborn babies, as well as their mothers, have no rights if they are killed by an abortionist in New York.

The actual bill begins by describing the legislative intent behind this law:

“The legislature finds that comprehensive reproductive health care, including contraception and abortion, is a fundamental component of a woman's health, privacy and equality. The New York Constitution and United States Constitution protect a woman's fundamental right to access safe, legal abortion, courts have repeatedly reaffirmed this right and further emphasized that states may not place undue burdens on women seeking to access such right.

Moreover, the legislature finds, as with other medical procedures, the safety of abortion is furthered by evidence-based practices developed and supported by medical professionals. Abortion is one of the safest medical procedures performed in the United States; the goal of medical regulation should be to improve the quality and availability of health care services.”

The problem is that the legislature’s “findings” are incorrect. The safest medical procedure performed? What about for the baby? As we have previously explained, this claim is simply false. Furthermore, abortion is simply a judicially fabricated right, not a fundamental right protected by the United States Constitution. It is the unjustified killing of an innocent, unborn baby.

Not only does the legislative intent section lack validity, the bill itself uses creative language to effectively eliminate any restriction on abortion. By removing the physician and hospital requirements and adding a clause for extenuating circumstances, abortions can now be performed at any point during the pregnancy, including up to birth.

"A health care practitioner licensed, certified, or authorized under title eight of the education law, acting within his or her lawful scope of practice, may perform an abortion when, according to the practitioner's reasonable and good faith professional judgment based on the facts of the patient's case: the patient is within twenty-four weeks from the commencement of pregnancy, or there is an absence of fetal viability, or the abortion is necessary to protect the patient's life or health.”

The word “health” in this instance is vague and open to interpretation and has been regularly used to justify any and all situations. By that rationale, an abortion provider can reasonably agree to perform an abortion on a woman in her 9th month of pregnancy because she realized having the baby and the change to her lifestyle might cause her emotional distress.

Of course, Planned Parenthood is thrilled with this law and immediately tweeted, “This. Is. Huge.”  It sure is. In its recently released annual report for 2017-2018, the abortion giant celebrated $244.8 million in profits. That’s an increase of 150% over the previous year. Just think of the increase in profits they will see now. Huge!

As we recently reported, Planned Parenthood’s other women’s health services, like cancer screenings and preventative treatments – which Planned Parenthood often points to when challenged – were actually down. As were adoption referrals, by 27%. It appears there’s not enough profit in adoption.

Despite its usual public misdirection, Planned Parenthood is in one business, and one alone: abortion. And now, in New York, they can perform them without restraint and with absolutely no liability.

Currently, a majority of states in our country allow for late-term abortion only in certain circumstances. But consider what could happen if every state added a loophole to circumvent any restrictions and allow for abortions at any point for any reason, up to birth.

We cannot let this go on.

We’ve assembled a legal team to fight back: 1) We are preparing to send records demands under New York’s Freedom of Information Law (FOIL) to expose exactly how involved Planned Parenthood and the abortion industry were in pushing this new law forward. 2) We’re looking for every possible way to challenge the law. 3) We’re mobilizing to ensure that this new law cannot be used to target pro-life doctors and nurses and force them to perform abortions.

Finally, we’re looking at other legal angles as other states look to pass similar laws.

We are in courtrooms across this country defending the rights of pro-life advocates and pro-life centers. We are about to file an amicus brief at the Supreme Court to defend Alabama’s right to ban the horrific practice of dismemberment abortion.

Think about that. New York can allow every abortion up until the moment of birth, but Alabama can’t stop gruesome dismemberment abortions. It’s horrific.

And we will continue our fight to defund Planned Parenthood and other abortion providers in order to save lives.

Abortion is not a fundamental right. A baby is a baby, from conception to birth, and has a right to life that should be legally protected.