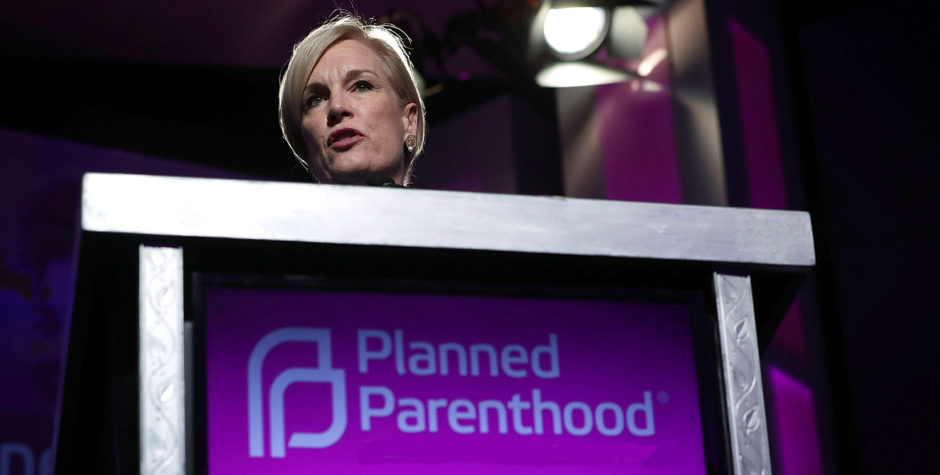 Just days after the 45th anniversary of Roe v. Wade and the court-ordered legalization of abortion, Cecile Richards, President of Planned Parenthood announced she would be retiring after twelve of arguably the most profitable and controversial years in the history of the abortion giant.

One thing is clear, under Ms. Richards’ leadership, Planned Parenthood grew into an abortion empire, performing over 320,000 abortions in the last year alone. Over the course of her 12-year tenure at Planned Parenthood, Ms. Richards presided over the slaughter of 3,542,823 unborn children. That’s more than twice the combined American casualties of World War 1, 2, and the Vietnam War.

It also reported nearly $100 Million in profits in her last year – a staggering 27% increase from the year before, and that comes on the heels of year after year of increased profits for the abortion business. That’s impressive profit for most companies, but it’s heartbreaking when its business is killing babies and selling their organs. While the way they make their money is repugnant enough, what’s disturbing is that their banner profits were boosted by over half a billion dollars in government funding – our tax dollars.

American taxpayers, whether they wanted to or not, made up the largest contribution to Planned Parenthood’s bottom line. And the result was over 320,000 abortions just last year – roughly the equivalent of 1 baby killed every minute & a half.

In the last six years, Planned Parenthood’s assets doubled from nearly $1 Billion to nearly $2 billion in assets through the second half of her tenure as CEO. That’s astounding growth – growth primarily funded by abortions and tax dollars.

Throughout her career, Ms. Richards and Planned Parenthood continually insisted that their rapid growth relied little on abortions. The company line has been that abortion only makes up 3% of their total business. We exposed that as a lie years ago. As we’ve detailed, Planned Parenthood hides behind accounting gimmicks to pad these numbers, artificially inflating the number of non-abortion “services” it provides. For example:

Remember too under Ms. Richards’ watch Planned Parenthood was exposed selling the body parts of aborted babies. The shocking undercover videos play like a modern horror movie. There’s the video of the senior director describing how they’ve perfected the art of keeping organs intact to sell later. Another features a senior abortionist freely discussing the ghoulish policy of pricing the organs so it didn’t look like they were making too much money. It’s premeditated, it’s for profit, and it’s pure evil.

Abortion remains Planned Parenthood’s number one business. Don’t be fooled by how poised and polished Ms. Richards comes off when she says otherwise. You have to be a good salesman to build a $2 Billion empire on killing and convince the government to pay for it.

Sadly, Ms. Richards’ parting attack on life is a direct assault on Christian doctors and nurses.  As Life News reports:

Cecile Richards is on her way out the door as the CEO of the Planned Parenthood abortion business. But before leaving she is offering one final shot at pro-life medical professionals.

Richards, in a fundraising email to a pro abortion members of Planned Parenthood, essentially says that Christians should be forced to perform abortions. She aggressively criticizes the new conscience protections President Donald Trump has put in place to protect the civil rights of Americans who are medical workers who do not want to be forced to perform or assist in abortions.

Ms. Richards’ legacy, like that of Planned Parenthood’s eugenicist founder Margaret Sanger, is that of an abortion mogul – a magnate of slaughter.

Now is our chance to change that.

The ACLJ remains dedicated to defending life in courts all across America, including against Planned Parenthood. We are directly involved in 2 landmark Supreme Court cases – the biggest pro-life cases in decades. One could devastate Big Abortion; the other could save countless babies.