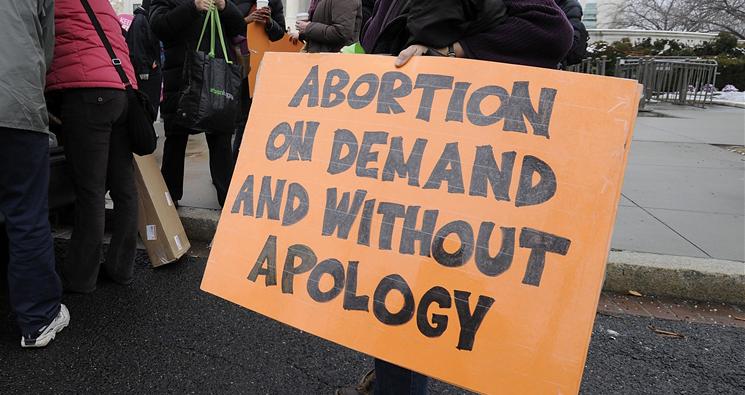 Over the weekend ACLJ Executive Director Jordan Sekulow and I wrote a column for the Washington Post on how the horrors of the Gosnell post-birth abortion trial is exposing the illogic of abortion.

In response, the overwhelming consensus of “pro-choice” readers (aside from the irony of claiming the Washington Post now has a pro-life bias) was that Gosnell’s trial is about “medical malpractice,” not abortion and murder.

Abortionist Kermit Gosnell is charged with capital murder for the horrific slaying of seven newborn infants in his abortion clinic.  That’s right; he is on trial for infanticide, yet the radical Left says this is merely a case of “malpractice.”

One radical leftist summed it up this way:  “The issue has nothing to do with abortion. It is malpractice as several comments have pointed out.”

That’s not pro-choice or even pro-abortion; that’s pro-infanticide.  To them the real travesty of the Gosnell case is that he botched the abortion such that the baby was born-alive.

This is the pro-abortion agenda.  Their mantra continues to be abortion, on demand, even after birth, and without apology.  It’s sick.

The horrors of the Gosnell trial and the “pro-choice” extremists’ response is exposing abortion for what it is.  As we explained in our column:

In what can only be described as a “house of horrors,” abortion provider Kermit Gosnell stands trial in Philadelphia, charged with the grotesque murder of at least seven infants, allegedly born alive after botched abortions only to be brutally killed moments later.

As this nearly month-long trial continues, it paints the stark and unmistakably abhorrent reality of abortion. While the national mainstream media has been all but silent about this trial, the headlines coming from local media coverage have been morbidly graphic. Babies born alive and then allegedly killed in truly barbaric ways.

The details emerging from this trial are too graphic for us to even put into words, yet our society allows this same unspeakable torture of another human being to occur just so long as the baby is still inside the womb.

The Gosnell trial in conjunction with a Planned Parenthood lobbyist’s recent admission that the abortion giant has no issue with this life-ending practice is lifting the veil of secrecy from an industry long shrouded from public scrutiny.

Continue reading and share this article that has pro-abortion radicals so riled up.