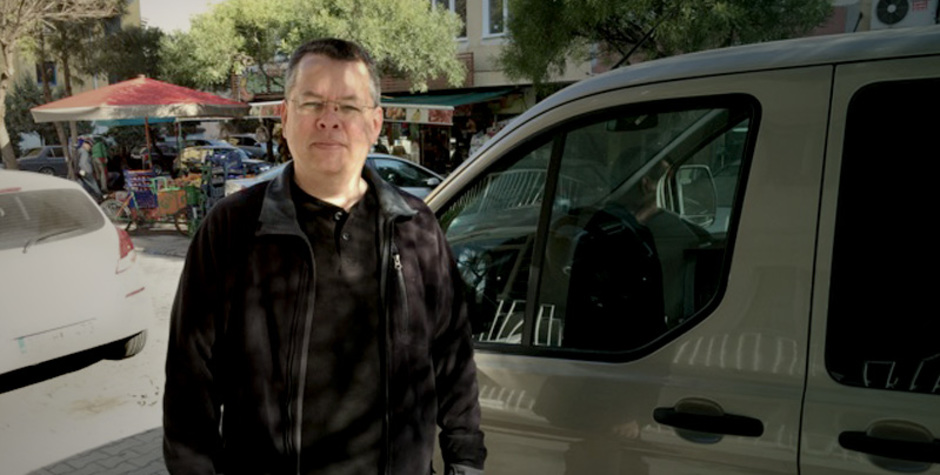 Today marks six months that American Pastor Andrew Brunson, a United States citizen from North Carolina, has been unjustly held in Turkey. Languishing in a prison cell built for eight, which at times holds as many as 22 prisoners, of which Pastor Andrew is always the only Christian, he wonders if he has been forgotten.  And just what crime has Pastor Andrew committed? He literally has no idea.

Under the current State of Emergency in Turkey, his file has been sealed and all visits from his attorney are recorded and all notes are copied. The only official written charge we have seen states, “membership in an armed terrorist organization,” a completely false charge against a peaceful pastor who has lived in Turkey for over 23 years without incident, raising his family there and humbly serving the people of Turkey.

Although his case remains sealed, that does not stop Turkish media outlets from spinning the truth. In a response to a recent article in Turkish media, Pastor Andrew’s Turkish attorney, Aysun Akşehirlioğlu, recently released a statement pointing to the utter lack of evidence provided after Pastor Andrew’s transfer to prison in December, stating, “During this five month period, they have not been able to set forth any concrete evidence showing that my client had membership or any other relationship with the organization cited. As is the fact that my client has had no relationship or communication with this organization.”

Akşehirlioğlu continues to file monthly appeals regarding Pastor Andrew’s detention, and they continue to be denied. In those documents, the language remains ambiguous at best. Still referring to the alleged crime as “membership in an armed terror organization” and noting that there is merely a “strong suspicion of the commission of the crime,” although admitting the “inability to have sufficiently gathered evidence,” even though they have had six months to do so.

An indication was given when U.S. Secretary of State Rex Tillerson raised Pastor Andrew’s case directly with President Erdoğan, during his recent visit to Turkey, that an indictment might be handed down soon. According to Akşehirlioğlu, once the indictment is approved, Pastor Andrew’s file will be unsealed and she will finally have access to the full charges and alleged evidence if any, something she has not been provided to date. A trial date would be set as well, which would normally be within 30 days.  However, given the current State of Emergency in Turkey, this timeline may or may not be followed.

Pastor Andrew’s plight has caught the attention of hundreds of thousands of people and has been raised directly by the U.S. Secretary of State, and yet he continues to remain unjustly imprisoned and facing trial. We cannot let up our efforts. We need to let Pastor Andrew know, now more than ever, that he has not been forgotten and that our efforts will continue until he is released back to the United States and reunited with his family, who have been unjustly denied their husband and father for far too long. We need to continue to press for Pastor Andrew’s immediate release. Please join our international efforts by signing and sharing our petition to Free Pastor Andrew.