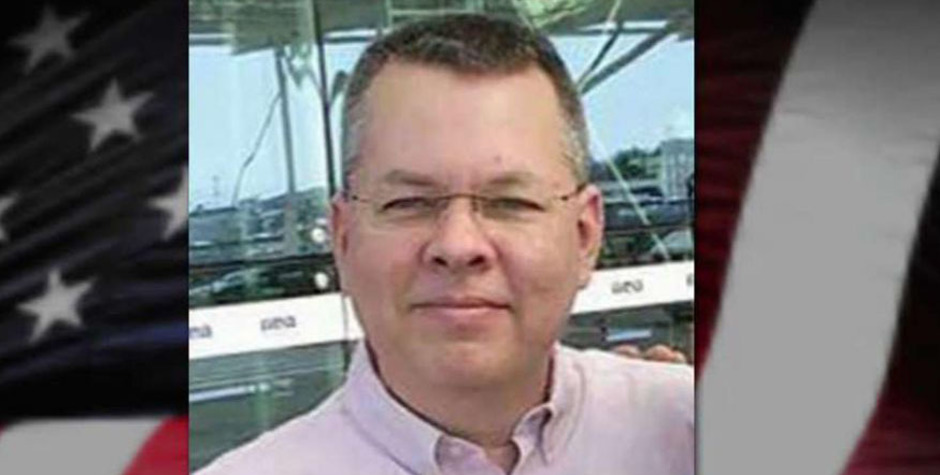 Pastor Andrew – a U.S. citizen – faces false charges in Turkey of “membership in an armed terrorist organization.” After peacefully serving the people of Turkey for more than 23 years without any issues from the Turkish government, this U.S. citizen now languishes in prison.

Pastor Andrew delivered the following statement today to U.S. embassy officials who were able to meet with him in the prison:

Will the Turkish government face no consequence for stubbornly continuing to hold an American citizen as a political prisoner?  Even though I have a long public track record as a church pastor, they falsely accuse me of being a member of an Islamist terrorist group. I have been imprisoned since October 7, 2016. During this time the Turkish government has produced no proof and has rebuffed numerous attempts by the American government to secure my return to the United States. In fact they are treating the US government with contempt and paying no price for it.

I plead with my government – with the Trump Administration – to fight for me.  I ask the State Department to impose sanctions. I appeal to President Trump:  please help me. Let the Turkish government know that you will not cooperate with them in any way until they release me. Please do not leave me here in prison.

We echo Pastor Andrew’s call. The U.S. government must take a more active role in fighting for Pastor Andrew’s release. He has done nothing wrong. He is a U.S. citizen wrongfully imprisoned in a foreign land because of his Christian faith. He deserves to be free.

Pastor Andrew should be immediately released and allowed to return to his wife and children in the U.S. who desperately miss him.

At the ACLJ, we continue to represent Pastor Andrew and are engaged in an aggressive legal advocacy campaign across the globe for his freedom.

Do not let him be forgotten.  Be Pastor Andrew’s voice.  Amplify his plea: “Please do not leave me here in prison.”

Join with over 233,000 others who have signed our petition for his freedom. Take action (below and) at BeHeardProject.com.