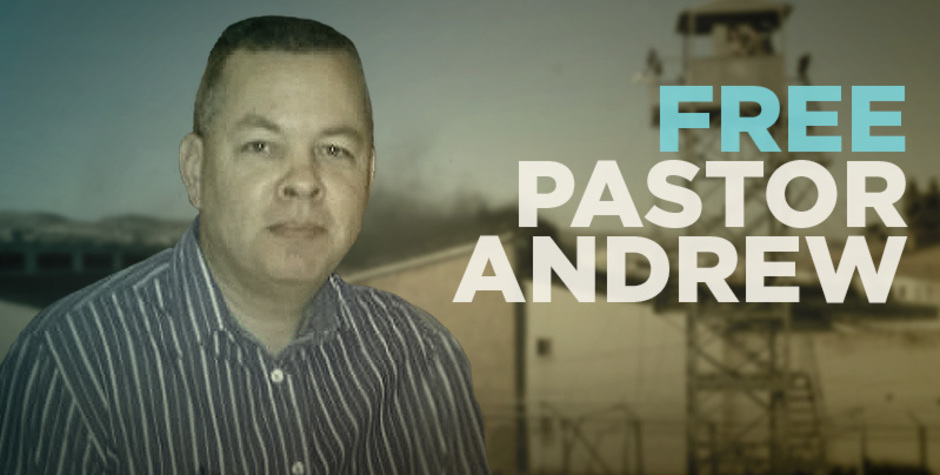 A Christian pastor in Turkey has been imprisoned for over 17 months. He is in great danger.

American Pastor Andrew Brunson – a U.S. citizen – has been falsely accused of membership in an armed terrorist organization and military espionage, yet no evidence has been presented. He has been a Christian pastor in Turkey for 23 years.

Turkey – our NATO ally – has begun increased crackdowns on Christians. If convicted, Pastor Andrew could now face the rest of his life in prison based on extremely serious – and false – charges.

The Turkish prosecutor just turned in an indictment to the court asking for a 35-year prison sentence. Pastor Andrew is 50, and that is essentially a life sentence for the innocent pastor.

At the ACLJ, we’re representing Pastor Andrew, mobilizing our international resources – including our offices in the region – demanding Pastor Andrew’s freedom. Take action with us before it’s too late.