Telling the Stories of Persecuted Christians in Iraq, Egypt, Iran, Bolivia, and Kazakhstan at the U.N. | American Center for Law and Justice
Search  |  Logout  |  Login  |  Register 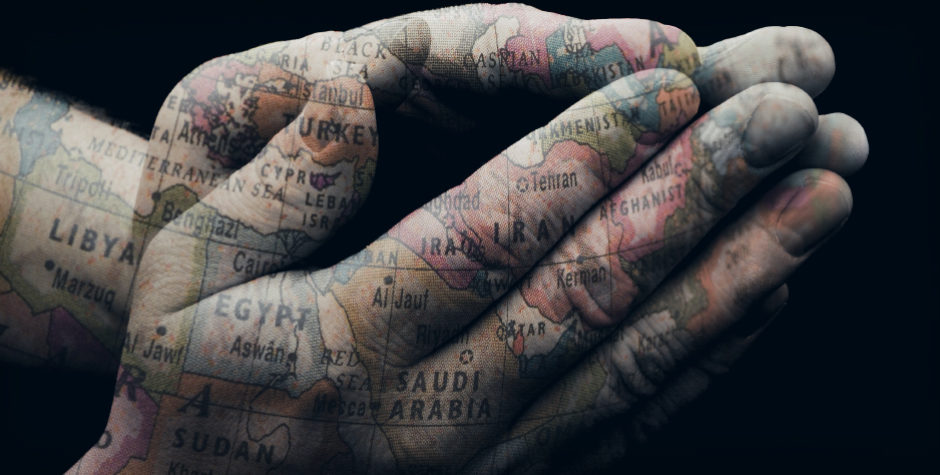 Telling the Stories of Persecuted Christians in Iraq, Egypt, Iran, Bolivia, and Kazakhstan at the U.N.

Telling the Stories of Persecuted Christians at the U.N.

Recently, through our international affiliate, the European Centre for Law and Justice (ECLJ), we submitted reports detailing religious persecution in Iraq, Egypt, Iran, Bolivia, and Kazakhstan as part of the United Nations Human Rights Council (HRC) Universal Periodic Review (UPR). As we have told you previously, the UPR is an important function of the HRC and its purpose is to remind U.N. Member States “of their responsibility to fully respect and implement all human rights and fundamental freedoms” through assessing the status of human rights in a particular Member State.

At each session, the UPR working group assesses the human rights of select Member States. Prior to these assessments, Non-Governmental Organizations (NGOs) – such as our affiliate the ECLJ – have the ability to file written reports on the particular Member States up for review. In our reports, we detail the persecution Christians face in any offending Member States, which will hopefully lead to meaningful change to allow for greater protection of religious freedom around the world.

We have long told you about the persecution and struggles that Christians and other religious minorities face in Iraq as a result of the genocide perpetrated by ISIS. In our report on Iraq, we detailed how these atrocities have resulted in a massive humanitarian crisis, and that if Christians and other religious minorities are to have a future in Iraq action must be taken now to provide them with the aid and assistance they so desperately need to rebuild their lives.

Within Egypt, Christians also face the threat of violence from Islamic extremists. Routinely, they are the target of Islamic extremists and it is all too common for these attacks to take place during major Christian religious holidays. In April of 2017, a coordinated bombing attack at two churches resulted in the deaths of 50 Christians.  Marian Abdel Malak, a 26-year old who lost three loved one in the attack stated: “If things stay like this and we don’t get our rights we definitely have no future . . . . We would be better off dead because we don’t have any place anywhere in the country – in schools, or in government departments. We don’t have any value.”

Christianity has long been a part of Egypt’s history, and is in fact the second largest religion within Egypt.  As we stressed in our report, “[i]n order for Egypt to ensure that that Christians have a place in the future Egypt, it needs to work now to guarantee their protection. Egypt needs to be reminded of its legal obligations, both nationally and internationally, to protect the rights and lives of its citizens.”

We also brought to the U.N.’s attention Christian Pastor Youcef Nadarkhani, who – as we have previously told you – has been the target of repeated arrests and abuse by the Iranian government because of his Christian faith. It is critical that Iran release Pastor Youcef immediately, put an end to its targeting of Christians and uphold religious freedom for all of its citizens.

Within Bolivia, religious organizations are required to provide the government with burdensome and detailed information regarding its members. In order to be lawfully registered, religious groups are required to fulfill fourteen requirements. These requirements include submitting notarized legal documents of their statutes and internal regulation, detailed information on all members, and a full list of members and identifying information such as photos, addresses, and ID card numbers.  Requiring such detailed information on its members is particularly concerning especially given recent efforts by the government to criminalize evangelization and treat is as terrorism.

In December of 2017, the Bolivian government authorized changes to their penal code to state that “whoever recruits, transports, deprives of freedom, or hosts people with the aim of recruiting them to take part in armed conflicts or religious or worship organisations will be penalized 5 to 12 years of imprisonment”. Even though this change to the penal code was eventually repealed as a result of public outcry, it is deeply concerning that this amendment was passed in the first place.

In order to allow for religious freedom in Bolivia, the government must allow for religious groups to freely operate without such burdensome and intrusive requirements. These requirements combined with recent efforts to equate evangelization with terrorism is deeply concerning and the government must work to ensure that all of its citizens are able to freely practice their religion.

Stand with us as we continue to fight for persecuted Christians all around the world. We will continue to hold accountable those countries that are persecuting Christians and infringing on their fundamental right to religious freedom.