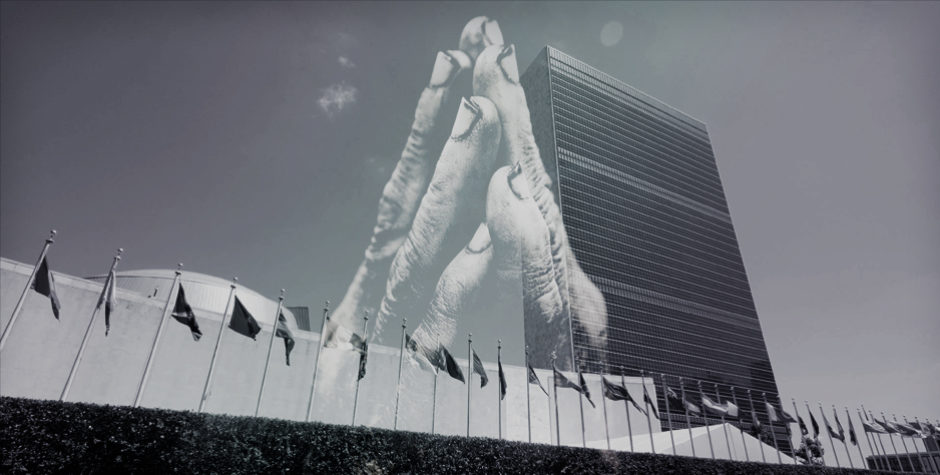 Recently, through our European affiliate the European Centre for Law and Justice (ECLJ), we filed critical submissions before the U.N. Human Rights Council defending Christians – the victims of grave atrocities in Iraq, Syria, and Nigeria. Christians in these regions are facing a severe humanitarian crisis, and live in fear for their lives as a result of radical Islamic extremists who are targeting Christians for simply living out their faith. It is critical that the U.N. act now to save their lives.

In our submission on Iraq and Syria, we detailed the atrocities that ISIS has carried out against Christians in those regions. The stories are heartbreaking.

In Iraq, the ISIS abuses include beheadings, burning victims alive in caskets, and other barbaric acts, such as ‘killings, rape, kidnapping, enslavement, theft . . . destruction of religious sites . . . sexual slavery, forced conversion, ransom demands, property seizures, and forced business closures’. Islamic State fighters destroyed Iraq’s oldest Christian monastery, St. Elijah’s. Father Paul Thabit Habib, a Catholic priest ‘who now lives in Kurdish-administered Irbil’, said that Iraq’s ‘Christian history was “being barbarically leveled”’. He added, “‘[W]e see it as an attempt to expel us from Iraq, eliminating and finishing our existence in this land’”. Such savagery has been punctuated by evidence that the Islamic State is burning Christians alive in locked caskets. These are the types of atrocities that need to collected and investigated by the Investigative Team.

We noted the work being done as a result of Security Council Resolution 2379 which established an investigative team to gather evidence of genocide, but highlighted the fact that there remains a great deal of work to be done in the interim to ensure that Christians remain safe and have access to the basic necessities they need.

The Investigative Team has now begun to collect and preserve evidence that will hopefully lead to this body declaring that ISIS has in fact committed genocide. This declaration of genocide is necessary because it opens up avenues of aid that are otherwise unavailable to the victims of the ISIS genocide and the U.N. can then take the steps necessary to fully halt the genocide and fulfil its responsibility to protect the victims.

Finally, we urged the U.N. to fulfil its obligations and protect Christians and facilitate the lasting resettlement of Christians in the region.

Therefore, the ECLJ and more than 754,000 individuals worldwide who have signed our petition urge the U.N. to declare these atrocities as acts of genocide and to assist those seeking to return home and facilitate the ultimate and lasting resettlement of the victims of ISIS’s atrocities, including those who survive the genocide.

In our submission on Nigeria, we described the harsh reality that Christians face every day because of Boko Haram and the Fulani herdsman.

It is estimated that since May of 2011 Boko Haram has killed more than 37,500 people, displaced 2.4 million, and created 228,000 refugees. Boko Haram has pledged allegiance to the Islamic State, and utilises its tactics of mass killings and kidnappings to instill fear and intimidate. They target Christians and anyone else whom they see as a threat to the establishment of an Islamic State.

It is critical that the U.N. act swiftly to put an end to these religiously motivated attacks against Christians in Nigeria and to ensure that more innocent lives are not lost. As we reminded the U.N., it is their duty to remove threats to peace and act to prevent genocide, not just respond to genocide.

Clearly, horrific acts of aggression are violating the peaceful lives of Christians in Nigeria. In order to prevent further loss of life, a massive humanitarian crisis, and to end increasing religiously motivated violence, we must act now. The U.N. Charter calls on the U.N. to remove threats to peace, and the Genocide Convention calls on the U.N. to prevent acts of genocide not merely to respond to genocide. We have seen in Iraq and Syria what happens when the U.N. fails to take preventive measures when it is clear that mass atrocities are being carried out against a particular group of people. This is the only the beginning, if meaningful action is not taken now the problem in Nigeria will worsen. Islamic State and Islamic State affiliate groups, like Boko Haram, have shown their resiliency time and time again. When they are forced out of one area they flee in order to regroup and fight another day.

We will continue to advocate for suffering Christians to ensure they get the relief and assistance they so desperately need. The humanitarian crisis in Iraq, Syria, and Nigeria is unfathomable and the international community must work now to put an end to it. We cannot sit idly by while more and more Christians are being killed because of their faith.

In the coming days, we are preparing to make oral interventions at the U.N. HRC on behalf of these persecuted Christians.