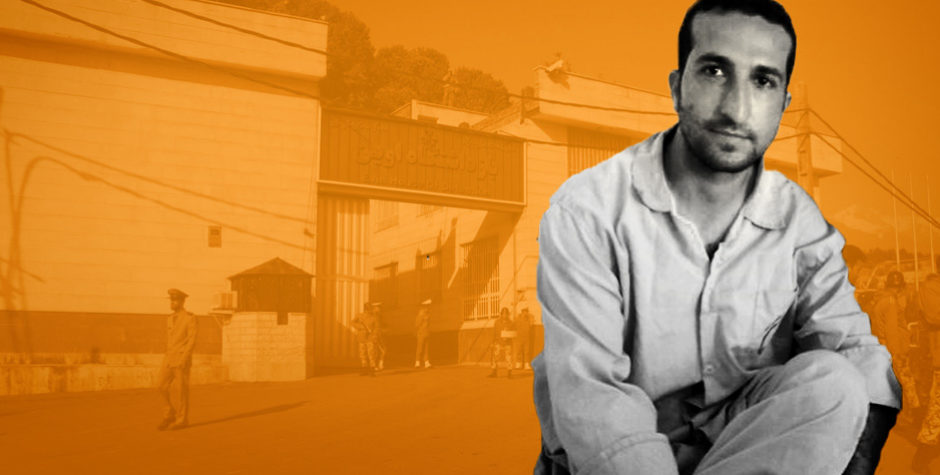 The situation for Pastor Youcef Nadarkhani has taken a dire turn.

After a brutal home raid where he was attacked and arrested, Pastor Youcef has been imprisoned again, far away from his family.

We recently told you how Iranian authorities in plain clothes violently beat Pastor Youcef in his home while his horrified family watched. It was reported the agents even tasered his teenage son with an electric baton.

Now sources are reporting Pastor Youcef has been sentenced to ten years in Iran’s remote Evin prison – often referred to as a “torture factory” – where Christians and opponents of the current corrupt Iranian regime are kept.

However, Pastor Youcef was also sentenced to two years of so-called "internal exile." All for the supposed crime of “promoting Zionist Christianity.”

The innocent pastor is now incarcerated in the prison’s windowless quarantine ward – notorious for overcrowding, unhygienic conditions, oppressive heat, and even insect infestations.

The inhospitable ward is normally reserved as an additional punishment. This forbidding modern-day dungeon will be Pastor Youcef’s home because he dared to live his Christian faith – unless we once again take action for him.

Six years ago the Iranian-born Pastor Youcef was sentenced to death for converting to Christianity.

The ACLJ took up his case, working tirelessly to bring international attention to Pastor Youcef’s unjust conviction. Ultimately through our diligent legal advocacy efforts and the prayers and support of ACLJ members, we were able to help secure Pastor Youcef’s freedom from death row, saving him from execution.

Two years ago, sources reported Iran’s Intelligence Ministry’s forces raided 10 house churches, including one where Pastor Youcef and others were attending a Christian church service. They were all later freed on bail.

The United States Commission on International Religious Freedom recently released an official statement echoing that this latest violent arrest and imprisonment is a heinous violation of Pastor Youcef’s religious liberty and demanded his freedom. Per their statement:

“We at USCIRF express our strong concern about the reports of Pastor Nadarkhani and his congregants’ arrest,” stated USCIRF chair Tenzin Dorjee.

“Pastor Nadarkhani and his fellow church members should be immediately and unconditionally released and be permitted by the Iranian government to peacefully exercise their right to freedom of religion or belief. We condemn both their lengthy prison sentences and this new miscarriage of justice.”

Iran’s actions violate multiple international human rights treaties they have agreed to in the past, as well as demonstrate a direct violation of its own constitution which claims to guarantee religious liberty for its citizens.

Pastor Youcef is an innocent man suffering in an abhorrent prison facility for preaching the Gospel of Jesus Christ. This atrocious religious persecution cannot be ignored.

Iran has demonstrated time and time again that it is a threat not only to Israel and to the United States, but to its own people. It is time for the rest of the world to step up and take action.

Iran will only listen when it feels the maximum pressure of the international community. This is a blatant miscarriage of justice. Pastor Youcef must be allowed to return to his family, and Iran’s violent persecution of Christians has to end.

We have fought for Pastor Youcef’s freedom before, and we are prepared to do so again on the international stage. He needs you too. Sign our petition demanding his freedom.