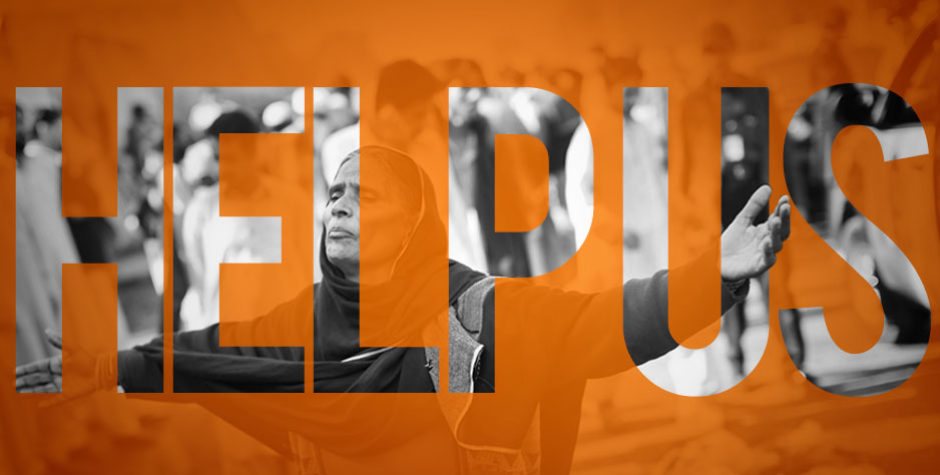 Demanding Help and Protection for Persecuted and Dying Christians in Pakistan at the U.N. Human Rights Council

Demanding Help at the U.N. for Christians in Pakistan

Pakistani Christians are terrorized, tortured, murdered – even sentenced to death – simply because of their faith. The Pakistani government seems unable or unwilling to protect its Christian citizens.

The Islamic Republic of Pakistan continues to violate the human rights of its religious minorities. Instances of mob violence; police torture; false accusations of blasphemy; rape, murder, and other forms of violence occur on a regular basis. Authorities in Pakistan have shown a continuous inability or unwillingness to protect its minorities from human rights abuses.

These aren't isolated incidents. Christians are being specifically targeted.

Recently we reported that a mob hurled bricks at Christians for hanging a Palm Sunday banner in front of their church. A Christian family was gunned down by assailants on motorcycle while riding in a rickshaw over the Easter holiday. ISIS, although weakened in Iraq and Syria, claimed responsibility for the brutal attack.

Churches have been bombed and Christian neighborhoods attacked. But the Pakistani government continues to turn a blind eye.

Christians can't even count on the local authorities to protect them. Last year, we told you how a gang of policemen savagely beat an eighth grade Christian boy to death after he had a schoolyard disagreement with a Muslim student.

We are aggressively fighting for persecuted Christians through our office on the ground in Pakistan.

We also continue to advocate for Asia Bibi, a Christian mother of five who we’ve told you has been sentenced to death under Pakistan’s blasphemy laws for offering a Muslim coworker a glass of water. Pakistan has allowed these easily misinterpreted laws to cause innocent people – particularly Christians like Asia Bibi, and other religious minorities – to suffer and even die. As we stated to the U.N.:

Pakistan’s blasphemy laws are infamous for their scope and brutality. The statute prohibiting derogatory speech against the Prophet Muhammad covers anything, words or gestures, that can be interpreted as blasphemous by a listener.

As a result, the blasphemy laws are easy to misuse, and charges often result because of personal vendettas between the parties. Since Pakistan enacted these laws in the 1980s, over one thousand cases have been registered and over forty people are on death row or serving life sentences. Over fifty people have been killed over blasphemy allegations and hundreds are serving or have served prison terms ranging from three to ten years.

One of the most egregious and internationally well-known blasphemy cases in recent memory involves Asia Bibi, a Christian mother of five who was charged with and convicted of blasphemy for offering her co-workers water from her cup. According to her co-workers, Asia made the cup ceremonially unclean by drinking from it. Her co-workers asked her to convert to Islam but Asia refused. That refusal was nearly eight years ago, yet Asia is hopeful as she awaits her appeal to be heard by the Supreme Court of Pakistan. While there have been examples of progress with Asia Bibi’s case in recent months, she remains on death row. Pakistani officials granted her the ability to keep a rosary from Pope Francis. More importantly, Chief Justice of Pakistan’s Supreme Court, Mian Saqib Nisar, told Asia’s attorney that a hearing would be scheduled soon. While this is a step forward, the Pakistani government has generally remained indifferent to Asia Bibi’s harsh and unjust situation and to others similarly situated within Pakistan’s borders.

While the situation for Asia Bibi seems bleak, we recently reported there has been a glimmer of hope. Her appeal could be heard very soon which makes it even more critical that we act immediately. We're demanding Asia Bibi be freed.

The submission we filed at the U.N. Human Rights Council asked for pressure to be placed on Pakistan to abide by the international agreements it has ratified to protect religious minorities.

The Pakistani government has the indispensable duty to protect its citizens, despite their religious beliefs. Pakistan is a party to a number of human rights treaties, including the International Covenant on Civil and Political Rights.9 In light of legal obligations under its own constitution10 and international agreements it has ratified, Pakistan is required to protect its religious minorities and their fundamental rights.