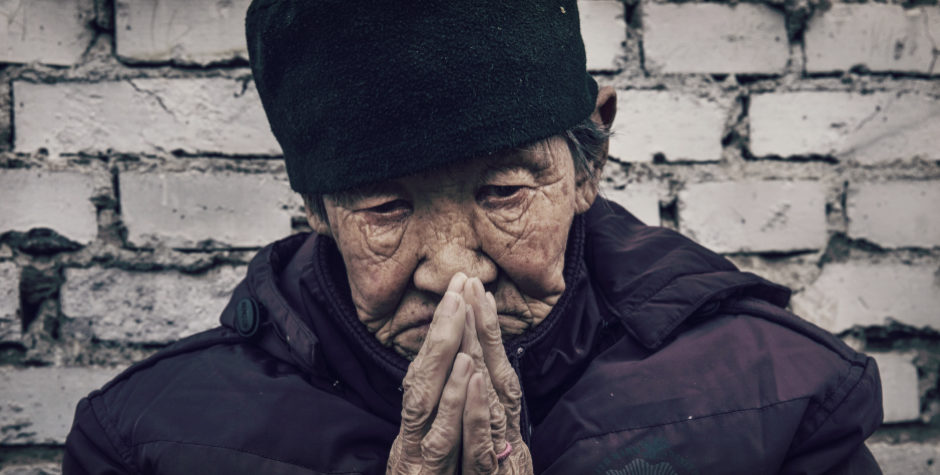 Recently, during the celebration of Mother’s Day, a number of house churches in different parts of China were raided and shut down by local authorities. The church leaders were taken away for interrogation, and now face potential criminal prosecution. Incidents like this are happening much more frequently since the 2018 Revised Regulations on Religious Affairs became effective, which explicitly authorize criminal prosecution against house churches, as the house churches are considered to be engaged in illegal religious activities.

Prior to 2018, most Christians facing criminal prosecution were tried under Article 300 of the Criminal Law, which defined their “crime” as “organizing evil cults and sects and using superstition to undermine law enforcement” and provided a maximum sentence of life imprisonment. For instance, 27 Christians in Yunnan Province, China, were tried and sentenced to imprisonments spanning 1.5 to 13 years under Article 300 in 2017.

It is easy to be convicted – all that is required is that the police identify the accused as following one of the 14 “evil cults and sects” listed by the Central Government Administrative Office and the Ministry of Public Security. Sadly, it is not uncommon for Protestant Christians and Catholics to be arrested and convicted, although neither group is listed as an “evil cult.”

Since 2018, an increasing number of Chinese Christians are facing criminal charges other than those in Article 300. Chinese authorities use crimes which are broadly defined and ambiguously worded. They are usually referred to as “pocket crimes,” as they can be applied to almost any activity deemed undesirable, even if it may not otherwise meet the standards of criminality.

Such crimes are particularly used to falsely charge Christians, crack down on churches, and silence the pastors for extended periods of time. Moreover, in order to successfully convict Christians under the “pocket crimes,” the rights of the accused are often unlawfully restricted and due process is disregarded. For example, accused Christians have been denied their right to attorneys. Some local authorities even offer “bribes” to give monetary awards to anyone who is willing to testify – even falsely – against the accused Christians.

The persecution of Early Rain Covenant Church (“Early Rain Church”) is the epitome of the recently intensified criminal prosecution against Chinese Christians. Early Rain Church is one of the largest urban, Christian house churches in China. On December 9, 2018, police raided and took away more than 80 leaders and members of the church. Currently, 28 of the church congregants are facing criminal charges.

The church’s Senior Pastor, Pastor Wang, and his wife have been charged with “inciting subversion of State power” which carries a potential jail term of 15 years. Anyone who China decides “incites others by spreading rumors or slanders or any other means to subvert the State power or overthrow the socialist regime” can be charged. For such a serious crime, there are no clear definitions stating what constitutes “incitement” and “subversion.” The definitions are subject to the government’s discretion. This pocket crime has mostly been used to silence dissidents, and it is now being used to silence Christian pastors.

The other 26 Christians from Early Rain Church were accused of “picking quarrels and provoking trouble” or “illegal business operations,” both of which carrying potential jail terms up to 5 years, or 10 years for multiple offenses. These two crimes are the most popular pocket crimes, and have been consistently used to prosecute anything from undesirable speech or advocacy, unpermitted business activities and marketing strategies, to petty vandalism, public temper tantrums, and physical assault. The crimes are prosecutors’ favorite because there are no specific definitions of what constitutes “quarrels,” “trouble,” “business operation,” or even any activity that is not explicitly authorized by the government. For instance, bringing unauthorized internationally published books into the church library may qualify as “illegal operation of business,” and disagreement with police is sufficient to receive a conviction under “picking quarrels and provoking trouble.”

On February 20, 2019, Pastor Li from Yuanyang Church in Henan Province, was accused of “disrupting public service,” another popular “pocket crime” against those who fail to comply with a government order. The charge is due to Pastor Li’s objection against raising the national flag in his Church and changing the tile of “Love God and Love Country, Glorify God and love People” to “Love Country and Love Religion.” On April 9, the local authorities issued an announcement to ask the public to provide clues and evidence of crimes to support the charges against Pastor Li. The announcement reflects, on the one hand, the lack of evidence to support the charges against Pastor Li, and on the other hand, the resolution of the local government to crack down on house churches and their pastors or leaders by means usually reserved to deal with crime syndicates.

In both cases mentioned above, the accused were not allowed visits with anyone in the detention center, including their attorneys.

There is no doubt that religious freedom in China has been deteriorating, with severe crackdown on churches, forced demolition of crosses in church buildings, arrests of pastors, missionaries, and congregants, harassment of believers, and promotion of so-called “Sinicization of Christianity” (Christianity conforming to the Chinese Communist regime). It is foreseeable that religious persecution will continue to intensify and that Christians will be subject to more pocket crime charges. We must pay close attention to this change in China, as well as to the conditions of those under detention due to their religious beliefs or practices.

Let us not forget Pastor Cao, a U.S. permanent resident from Greensboro, North Carolina – who has been wrongfully imprisoned in China for over two years solely for his humanitarian and missionary work for the indigenous Wa people of Northern Burma (Myanmar).

The ACLJ is committed to advocating for religious freedom on behalf of persecuted Christians in China.