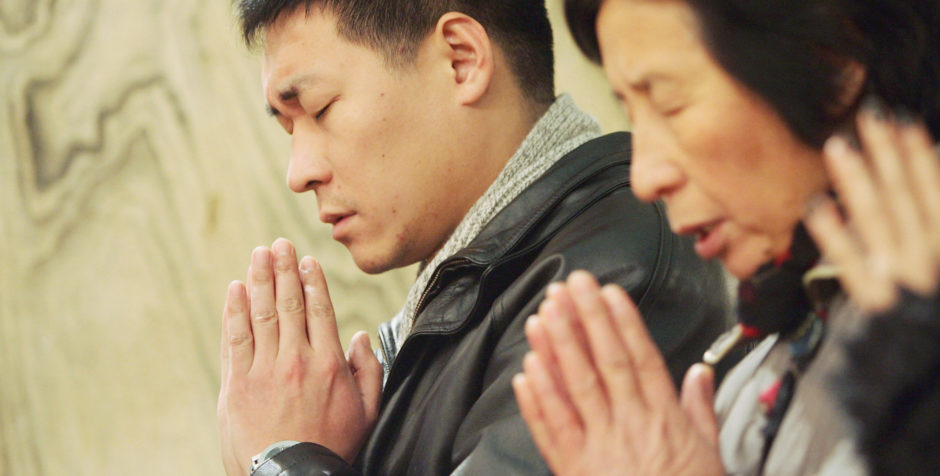 The Impact of New Law on Missionary Work in China

In January 2017, China’s new Administrative Law on Activities of Overseas Non-Governmental Organizations (“ONGOs”) went into effect, and it is impacting hundreds of international Christian groups that are sharing the gospel to the 1.6 billion people in China through medical, developmental, or educational work.

Thousands of Christian missionaries from the United States are working with ONGOs in China to provide the local Chinese with food, shelter, healthcare, education, etc., while also evangelizing. These ONGOs mostly work with Chinese house churches to spread the Gospel to the local communities. Despite the severe restrictions on evangelism in China, millions of Chinese have been led to Christ through the humanitarian works of these ONGOs. However, the ONGOs’ ability to continue to minister may change as the new law regulating ONGOs is enforced.

At the ACLJ, we have analyzed the main feature of the new law and its potential impact on Christian groups and house churches.

The portion of the new law that has most impacted Christian organizations working in China is the registration requirement for all ONGOs. Prior to 2017, there was no law specifically regulating the registration of ONGOs. Thus, of the 7,000 overseas ONGOs operating in China, very few were registered as for-profit businesses and most were not registered at all.

The main reason for such a low registration rate is the dual registration requirement. All ONGOs are required to first register under certain qualified government branches called Professional Supervisory Units (PSUs). Then the ONGOs must pass the screening process and register under the Public Security Bureau (PSB). Because of the low success rate for faith-based ONGO registration, it is imperative that such organizations understand both the purpose for the registration and the process.

The PSU requirement is the first hurdle for an ONGO’s registration. Most PSUs are government branches or state-controlled NGOs (widely known as “Governmental NGOs” (GONGO)). The officers of the PSU are reluctant to approval any ONGO especially those with which the PSU has had no prior relationship. They are worried about the political responsibilities tied to the supervision of ONGOs —the work of the ONGO will not necessarily benefit their political career, but may instead ruin it if the works intervene with the government’s authority, such as human rights related work. Thus, most ONGOs that were registered as for-profit entities, or those which are not registered at all, face difficulties in finding a supporting PSU.

The second registration requirement puts ONGOs under the direct control of the Public Security Bureau to prevent so called “western infiltration.” Some PSB officials described ONGOs as “sugar-coated bullets” and their policy is to ensure that the “sugar” –– the needed services and money –– are able to come into China while keeping out the “bullets” –– the ideologies that are incompatible with the Chinese communist regime.

This change will mostly affect the ONGOs that work in sensitive areas, such as human rights advocacy and religious related activities leading to evangelism. These sensitive groups frequently suffered harassment from the local authorities prior to the new law, and the new law now provides a legal basis to legitimize the harassment. What is worse, by not registering these ONGOs, the PSB is able to prevent any of them from future operations in China.

The Chinese Communist Party (CCP) is behind this new registration requirement, as it is an effort to prevent “western infiltration” which has been deemed as a serious threat to the CCP. On April 22, 2013, the CCP issued a document ––“Regarding the Current Ideologies Situation” (known as the NO. 9 document)–– that listed 7 “false ideologies and claims” and stated that the promotion of ONGOs is an attack on the Chinese Government, because they promote things such as the doctrines of Western constitutionalism and democracy, or the development of civil society. This document accused people who promote these ideologies of attempting to take away the CCP’s mass support, overthrow the CCP, and eventually realize a western political system in China.

How to Register and Operate Under the New Law:

In practice, there is still the potential for Christian groups to witness to the local Chinese citizens through medical, developmental, or educational programs. The following are two issues for ONGOs to consider when registering under the new law.

Choose to Register in a Province that Needs the Help.
Statistics published by the ONGO registration office show that most ONGOs register in Beijing, Shanghai, and Guangdong, as they are the most cosmopolitan places in China. Practically, however, the PSU in the Western, undeveloped part of China are generally more open to ONGOs that are doing humanitarian work. For instance, in Gansu Province, with a large Muslim population, one of the PSUs—the Gansu Provincial Educational Bureau, is more willing to work with ONGOs that support childhood education in rural areas.

Learn to Work with Local PSB—Know the People.
Networking and relationships (“Guangxi”) do matter in China. The text of the new law does not provide feasible guidelines for registration, and the requirements vary depending on the province. Thus, it is always helpful to talk to the officer at the local PSB to understand the specific procedures. In practice, most PSB officers are willing to spend time with ONGOs who are interested in registration, since it reflects on their work performance. The local officers may even be able to help ONGOs connect with a PSU if they believe the services that the ONGO provides will not involve “western infiltration.” It is also helpful to obtain information from the officer on whether the ONGO is compatible with the current Chinese communist regime before starting the long application process.

We will continue to analyze how the new law is being implemented in order to better inform ONGOs in China of local rules and regulations. In addition, we are in the process of preparing a Universal Periodic Review (UPR) report on China to the U.N. in order to address the rampant persecution of house churches and Christians.