ACLJ Highlights the Worsening Plight of Persecuted Christians in China at the U.N. | American Center for Law and Justice
Search  |  Logout  |  Login  |  Register 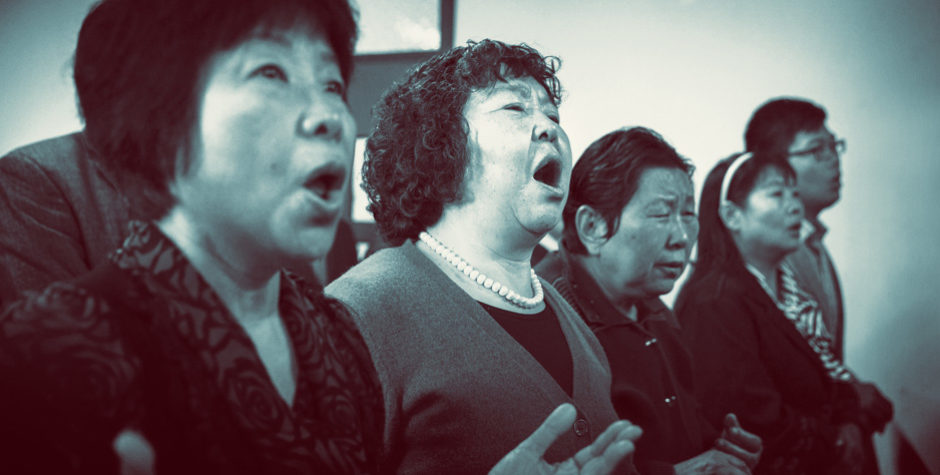 ACLJ Highlights the Worsening Plight of Persecuted Christians in China at the U.N.

ACLJ Highlights the Plight of Christians in China

On one afternoon in a small village near the border between China and Myanmar, Sister Ju, a devout Christian in her mid 30s, was forcefully taken away by police when she was peacefully sharing the gospel with local Chinese in a 200-square-foot home. After being detained for more than 400 days, she was sentenced to 13 years in prison. Ju’s experience is not unique. There are many Chinese Christians facing severe persecution merely because they believe in Jesus.

The International Religious Freedom Report produced by the U.S. State Department has designated China as one of the “Countries of Particular Concern” (CPC) since 1999, when the annual report was first issued.  For years, the ACLJ has been utilizing our international resources to fight to protect the persecuted Christians in China.

Recently, through our international affiliate with consultative status at the U.N., the European Centre for Law and Justice (ECLJ), we submitted to the U.N. Human Rights Council a Universal Periodic Review (UPR) regarding the intensified persecution Chinese Christians have been facing since President Xi took power.

As we’ve previously explained, the UPR is one of the ways that the ACLJ combats religious persecution in foreign nations through an accountability mechanism created by the U.N. Human Rights Council.

In our UPR report on China, we explained that in 2017 alone, our contacts in China received and collected information on roughly 600 incidents of persecution targeting Christians. A majority of the incidents occurred in the Henan Province, Yunnan Province, and Xinjiang Uygur Autonomous Region.

In China, there are two church systems that have been coexisting for years: one system is the government-held church consisting of the Protestant Three Self Patriotic Association and the Chinese Catholic Patriotic Association (a.k.a. “registered churches”), and the other is a compilation of unregistered house churches. The majority of Chinese Christians attend house churches instead of registered churches because they want to worship God freely without the government’s intervention on who can preach, how they can be baptized, or how to spend their donations.

The Chinese Communist Party (the “CCP”) views these non-registered house churches as a strong threat to its authority and tries to control and suspend their activities.

Sister Ju (mentioned above) is being prosecuted under Article 300 of the Criminal Law for “organizing evil cults and sects and using superstition to undermine law enforcement.” This article is regularly cited by the Chinese government to persecute religious people and their activities. The government provided a list of 14 “evil cults,” and followers of these evil cults are subject to the maximum sentence of life imprisonment according to Article 300. The government frequently carries out sweeping crackdowns of Christian house churches and Christians like Sister Ju in the name of “attacking evil cults,” despite the fact that Christianity does not fall under the evil cult list.

The revised Regulation on Religious Affairs that became effective on February 1, 2018 further provides the Chinese government the legal basis to persecute Christians. By requiring the registration of venues for any religious activity, this law empowers the local authorities to lawfully and freely intervene in any house church activities, to punish the people who attend such activities, and to shut down the unregistered venues.

For example, hundreds of house church venues in Xihua County, Hennan Province, were shut down by the local authorities within a week after this new law became effective. Local officials also went into individual’s residences to remove religious decorations containing crosses or Bible verses.

CCP also uses this new law to prevent young people from becoming Christians. This law prohibits minors under the age of 18 from attending any church activity. More and more registered churches are putting out signs that say “No Minors under 18” at their entrances. It’s become such a problem that local officials will visit schools and insist that students with Christian parents not follow their parents’ religious beliefs or attend Sunday worship. Moreover, the law prohibits religious activities in universities, and as a result, many campus ministries were forced to suspend their work.

The No. 1 Central Document of 2018, the annual guiding policy issued by the Chinese Central Government on February 4, 2018, required that the government “increase the force to crack down illegal religious activities, to prevent foreign infiltration, and to forbid anyone from using religion to intervene in public affairs.” As all house churches and their activities are considered illegal under the new law, the persecution against Chinese Christians will only intensify in 2018.

We are hopeful that by highlighting the worsening plight faced by Christians in China at the U.N. it will begin to put pressure on the Chinese government to pull back on this increasing crackdown. The ACLJ will continue to advocate for religious freedom on behalf of the persecuted Chinese Christians.