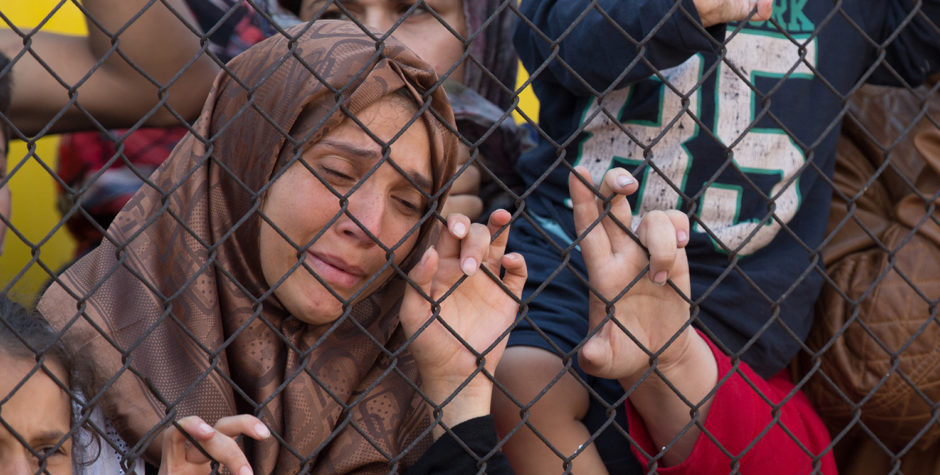 U.N. Letter on the Prevention of Genocide

In the strongest showing to date of progress being made to defend Christians facing genocide, the U.N. has responded to our recent letter, agreeing with our assessment regarding the growing body of evidence that the Islamic State (ISIS) is in fact committing genocide against religious minorities.

Nearly two months ago – as part of our ongoing effort to end the ISIS genocide against Christians – we sent a letter to Adama Dieng, the Special Adviser to the Secretary-General on the Prevention of Genocide. Yesterday, we received a response from His Excellency, Mr. Dieng. The letter began: “Many thanks to you . . . for your letter . . . in which you provided testimony of the gross abuses committed by [ISIS] against Christians . . . .”

This is a profound and unprecedented acknowledgment by the U.N. of not only the “testimony” we have been providing the U.N. but an acknowledgement of the unthinkable –and often ignored – plight faced by Christians.

As we have informed you before, the United Nations (U.N) has yet to declare that ISIS is committing genocide against Christians. Mr. Dieng’s unique role as “the Special Adviser is to serve ‘as a catalyst to raise awareness of the causes and dynamics of genocide, to alert relevant actors where there is a risk of genocide, and to advocate and mobilize for appropriate action.’” Thus, we urged Mr. Dieng “to take action, as [his] office would be a particularly influential and appropriate office to advance this cause and to discuss these matters with the [U.N.] Security Council” and to encourage the U.N. to recognize that ISIS is committing genocide.

Mr. Dieng’s response to our letter was both focused and encouraging. He wrote:

I share your passionate call for justice and accountability for the crimes committed by [ISIS]. Over the last three years, I have had the opportunity to meet with victims of [ISIS]’s brutality, including during a visit to Iraq in November 2015. I was horrified by the accounts they gave, which echo those included in your letter. . . .

I share with you the belief that, given that the acts committed by [ISIS] may constitute genocide, war crimes and crimes against humanity, they should be examined and prosecuted by independent and competent courts. . . . In the absence of accountability processes at the national level, the international community can explore the options that you set out in your letter, some of which can also be initiated by the Government of Iraq. I have personally shared these options with the Minister of Foreign Affairs of Iraq. . . .

[I]nformation gathered to date suggests that [ISIS] may have been committ[ing] the most serious international crimes. I will continue working to encourage those with the power to do so to ensure that proper accountability processes are put in place, and that potential evidence can be properly collected and preserved. No effort should be spared for such a just cause.

In our letter to Mr. Deing (our second letter to him on this growing issue in the past year), we extensively detailed the genocidal atrocities that ISIS is committing against Christians and other religious minorities in Syria, Iraq, and around the world. For instance:

In Syria, the Islamic State has beheaded and stoned men, women, and children for blasphemy, heresy, and apostasy. One Christian Syrian woman described “‘Christians being killed and tortured, and . . . children being beheaded in front of their parents’”. She spoke of “250 children [who] were put in the dough mixer, they were kneaded. The oldest one of them was four-years-old”.  At times, the Islamic State has also demanded that religious minorities pay a tax (called jizya), or flee—punishing by death those who fail to comply.

Among other things, our letter recommended that the U.N. Security Council take one of two actions to hold ISIS members accountable for their horrific acts of violence against Christians:

As you are aware, there are two actions that the Security Council in particular may take to create a penal tribunal with the necessary jurisdiction: (1) refer Islamic State members’ crimes of genocide to the International Criminal Court (ICC); or (2) create an ad hoc tribunal for prosecuting such crimes (as was done for the Former Yugoslavia and Rwanda). Importantly, both avenues require Security Council action.

The first available avenue, the ICC, would only have jurisdiction ifthe United Nations Security Council specifically makes the referral. The ICC does not automatically possess jurisdiction to try Islamic State members and the genocide committed in Iraq and Syria because Iraq and Syria are not signatories to the Rome statute and Islamic State members are not state actors. Accordingly, the Security Council must specifically refer such a matter to the ICC in order to vest the ICC with the requisite jurisdiction and the ability to prosecute.

Second, the Security Council could create an “ad hoc tribunal” to prosecute Islamic State members committing genocide. This mechanism was utilised by the Security Council “to prosecute international criminal violations during the 1994 genocide in Rwanda and [again to prosecute] the international criminal violations that occurred during the struggles in the former Yugoslavia in the early 1990s”. Unfortunately, the need for such a tribunal is present once again.

We are grateful to Mr. Dieng for having “personally shared these options” with key leaders in the fight against the ongoing genocide.

Mr. Dieng’s encouraging response and promise to use his position to engage the international community is yet another positive development in our efforts against the ISIS genocide. Last month, Great Britain’s Prime Minister sent a response to a letter we sent informing us that “[t]he Prime Minister has asked . . .  a Minister in the Foreign and Commonwealth Office . . . to look into this matter in further detail,” and “to reply to [the ACLJ] directly.” Earlier this month, Great Brittan’s Foreign Office did just that, expressing that it “share[s] []our anger at the human suffering of Christians” and promising to “work[] with our international partners to ensure that [ISIS] is held to account.”

Here at the ACLJ we are vigorously fighting for those defenseless victims of genocide. Just this week we made yet another oral intervention before the U.N. on behalf of ISIS’s victims. We will continue our efforts until ISIS is defeated and its victims are protected.

President Trump highlighted the importance of stopping ISIS earlier this week in his powerful speech before the United Nations (U.N.), “We will stop radical Islamic terrorism because we cannot allow it to tear up our nation, and indeed to tear up the entire world.” ISIS is indeed tearing up the world. Its genocidal attacks are increasing around the world. This is why it is imperative that we stop ISIS’s genocide and protect Christians and other religious minorities.

Sign our petition today, and join with us as we act now to end the genocide and protect the victims.