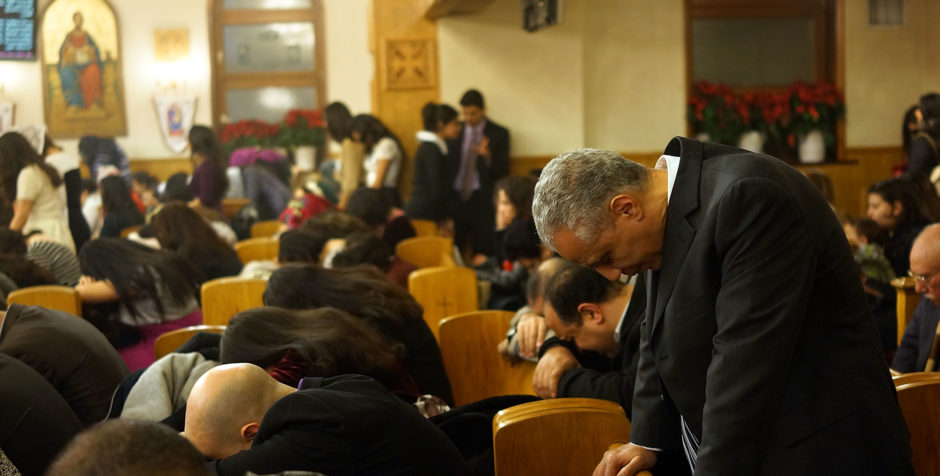 Admonishing the U.N. to Recognize ISIS-Led Genocide and Its Worldwide Spread

Boiled, beheaded, burned alive, raped, mutilated, deported en masse, kidnapped, enslaved, forced to convert to Islam, and ultimately punished by death – this is the plight of Christians across the Middle East, and alarmingly, ISIS’s atrocities are expanding globally. In response, we just filed our most expansive U.N. submission yet on the spread of genocide. In just weeks, we will make an oral intervention at the U.N., demanding it 1) recognize the genocide and 2) protect Christians.

Up to this point, Christians in Iraq and Syria have not been protected. Up to 87% of the Christian population of Iraq has been decimated, and two-thirds of Syria's Christians have been slaughtered or displaced. It is our Christian duty and legal obligation to defend them.

According to the United Nations (U.N.) Genocide Convention, “genocide” includes:

So then why won’t the U.N. recognize the ISIS torture and slaughter of Christians and other religious minorities? Why do they remain silent in the face of this obvious affront to humanity?

In response to this silence, we have filed our fourth formal legal submission to the U.N., pleading with them to recognize these abhorrent atrocities as genocide.

About eighteen months ago, we presented an oral intervention before the U.N., strongly urging the U.N. Human Rights Council to condemn the genocide against Christians and other religious minorities in Iraq and Syria occurring at the hands of the ISIS.

Three months ago, we submitted another formal written statement detailing some of the horrific atrocities taking place under ISIS persecution, and now in our fourth formal legal submission, we focus on the global expansion of ISIS genocide against Christians.

It is a fact – every day that the U.N. fails to recognize the crime of genocide, they in turn allow it to flourish and to spread. Thus, in our most recent submission to the U.N. Human Rights Council, we urgently admonished:

Despite our persistent efforts in drawing this Council’s attention to the issue, and the increasing evidence, this body has yet again remained silent while the Islamic State (“ISIS”) has continued and even spread its systematic and targeted acts of genocide against Christians and other religious minorities.

As [we have] submitted before, the actions of ISIS against Christians and other religious minorities in Iraq and Syria clearly embody the definition of genocide as enshrined in the Convention on the Prevention and Punishment of the Crime of Genocide . The ISIS campaign to destroy these religious minorities and decimate their homelands and cultures undoubtedly meets the definition of genocide, yet the world’s premier international body has thus far failed to recognise it as such. In failing to do so, these vulnerable groups remain unprotected and in peril.

Moreover, ISIS and its affiliates are spreading their attacks to regions of the world beyond Iraq and Syria. There have been recent attacks in the United Kingdom, France, and Belgium. ISIS has carried out attacks against Coptic Christians in Egypt. Even Southeast Asia is affected, as ISIS attempts to gain a foothold in the Philippines. It is imperative that the international community join together to stop this growing threat.

The U.N.’s willful blindness only exacerbates the spread of ISIS and puts the entire world more at risk to the Islamic State’s barbaric genocide. As we further highlighted in our submission:

For instance, in February 2015, ISIS “released a video of 21 Coptic Christians from Egypt being executed on a Libyan beach”. Also in 2015, the Islamic State executed at least 30 Ethiopian Christians in Libya.

In June 2016, “[e]ight suicide bombers launched two waves of attacks on the Christian town of Al Qaa in northeastern Lebanon”. . . According to reports, “nearly all experts believe it was carried out by ISIS fighters who infiltrated al-Qaa from nearby Syria”. As one expert explained, “Make no mistake, the[y] targeted [the] village for one reason: it is Christian”.

In July 2016, ISIS “soldiers” slit the throat of an 85 year old Catholic priest in a church near Normandy, France, during Mass. According to French officials, “[o]ne of the two suspects in the attack was known to anti-terror authorities after attempting a trip to Syria”.

In February 2017, ISIS released a video making reference to its December 2016 bombing of a Christian church in Egypt, and described Christians as its “favorite prey”. Just weeks later, ISIS claimed responsibility for the bombing of two churches on Palm Sunday in Egypt that killed 49 and injured more than one hundred people.

We once again warn the Human Rights Council in the strongest terms possible that:

As we continue to pressure the United Nations and reach out to individual member nations that have suffered at the hands of these genocidal jihadists, we need you to join with us and support our 7-point plan to stop the ISIS genocide of Christians. Stand with us by adding your name to the petition to end genocide and protect our fellow Christians.