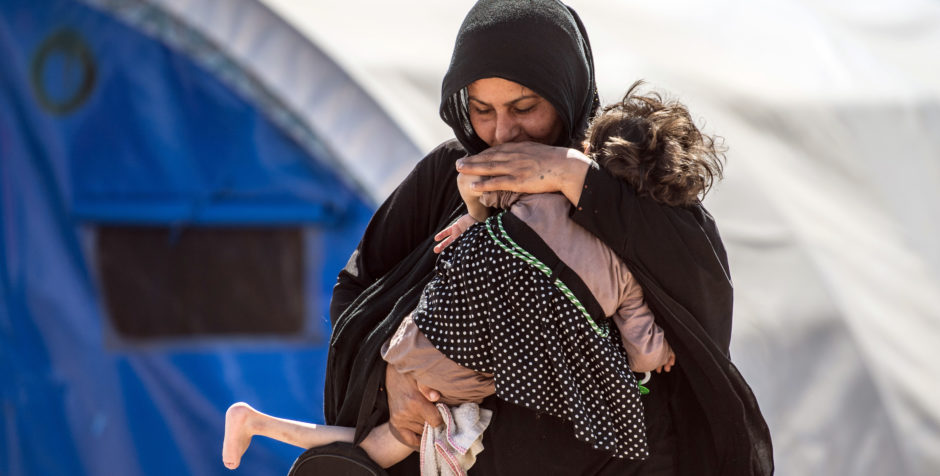 Systematic, savage, and stark – these words vividly describe the reign of terror dominating the expanding genocidal landscape of ISIS-infected regions.

It is eminently clear that ISIS is intentionally targeting Christian and other religious minority communities for extermination. The systematic persecution of these religious groups has forced eight Christian churches in the Iraqi capital of Baghdad to close their doors. Through harassment, hostility, and under the relentless hounding of their persecutors, Christians have fled in droves leaving these churches to shutter because of the massive drop in the Christian population. As International Christian Concern describes it, the most recent

exodus of Christians from Iraq is directly related to the 2014 rise of the Islamic State, which has killed and enslaved thousands of religious minorities and drove hundreds of thousands of people from their homes and villages in northern Iraq. The actions committed by the Islamic State against Christians, Yazidis and other religious minorities has been declared a "genocide" by former U.S. Sec. of State John Kerry and the European Parliament.

The savage nature of the perverse persecution of religious minorities is further pronounced by the ISIS practices of kidnapping and rape. One 14-year-old girl named Ekhlas, a religious minority, was kidnapped by ISIS. As a recent report detailed:

[S]he was raped every day for six months by a radical she described as a “beast.” He picked me out of 150 girls by drawing lots. He was so ugly, like a beast, with his long hair. He smelt so bad, I was so frightened I couldn't look at him.

In an interview with BBC, Ekhlas heartbreakingly asked, “How am I telling you this without crying? I tell you I ran out of tears.”

Kidnapping, rape, and indiscriminate mass slaughter have led to stark and hopeless conditions in these persecuted regions. For example, the nine-month long punishing Battle of Mosul increased the isolation of the young and helpless as thousands of children were left separated or displaced from their families. “Many are traumatized from the horrors they have endured.” These horrors include: “Families . . . split up as they fled street fighting, air strikes or Islamic State repression,” as well as the forced labor, sexual exploitation, and coerced violence of these seemingly hopeless children.

As Nadia Murad, a religious minority survivor and the United Nations Goodwill Ambassador for the Dignity of Survivors of Human Trafficking, laments:

We heard the sound of shots. At first, we believed people had come to help us, but when we looked out of the windows . . . we saw them killing the men . . . we cried to the U.N., Europe, Kurdistan and Iraq but nobody came to help us. Today, the village is surrounded by mass graves.

We must not allow the silent screams and tearless cries of Christians and other religious minorities go unanswered.

We are continuing to expand our largest legal advocacy campaign for Christians facing genocide. And we’re already getting responses.

Last week, we sent crucial legal letters to 12 world leaders – most of whom have experienced ISIS attacks within their borders – imploring them use their influence at the United Nations to “recognise and declare that the ongoing atrocities committed by the Islamic State and associated groups constitute genocide and that Christians are among those victimised.”

These entreaties did not go unheard. We have just received a response from the British Prime Minister’s office at 10 Downing Street expressing appreciation for our letter and informing us that “[t]he Prime Minister has asked . . .  a Minister in the Foreign and Commonwealth Office . . . to look into this matter in further detail,” and “to reply to [the ACLJ] directly.”

We want you to know that your voice is being heard in the matter of stopping the ongoing ISIS genocide and protecting Christians and other religious minorities. We look forward to the Minister’s reply and to working with the British government to press forward in our genocide campaign. We will keep you updated on our progress.

We will not allow dying Christians to be betrayed. We will not back down from our fight to change U.S. policy to protect Christians and other religious minorities from genocide.

As we continue pressuring the United Nations and reaching out to individual member nations that have suffered at the hands of these genocidal jihadists, and even as we continue keeping pressure on our State Department here at home, we need you to join with us and support our 7-point plan to stop the ISIS genocide of Christians. Stand up for our Christian brothers and sisters. We need your voice to be their voice. We need your support to be their support. Stand with us by adding your name to the petition to stop the genocide and protect our fellow Christians.