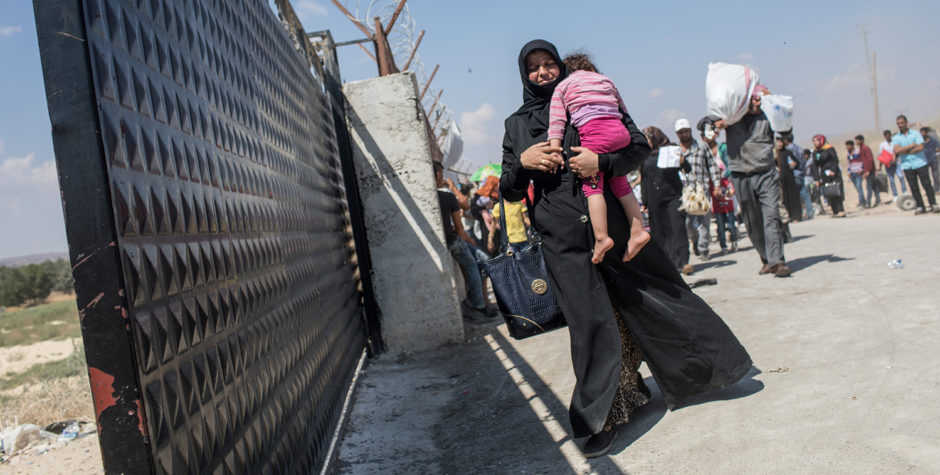 As part of our ongoing efforts to end the ISIS genocide against Christians, we delivered an oral intervention before the United Nations Human Rights Council through our affiliate, the European Centre for Law and Justice (ECLJ), again urging the U.N. to act.

In our intervention we told the story of 52 civilians who were killed in an ISIS attack, warned of the spread of ISIS and its affiliates, and asked the international community to come together to protect Christians and put an end to the genocide.

The ECLJ thanks the Commission for its new report on the Syrian Arab Republic.

In that report, you recall a terrible attack from ISIS troops on the 18th of May (§45) in Aqarib Al-Safiyah where 52 civilians were killed, including 7 women and 12 children, some shot at close range. Recognizing that the vast majority of victims belonged to the Ismaili minority, the Report states “Survivors recalled being verbally insulted by ISIS fighters on account of their religious beliefs”.

This horrific attack demonstrates that the killings ISIS is carrying out in Syria and beyond are religiously motivated. ISIS’s targeted killings of thousands of Christians and other religious minorities because of their religion are intentional crimes, as the quote shows. The ISIS campaign to destroy these religious minorities and decimate their homelands and culture is obviously genocidal, yet the Commission and the Human Rights Council have so far failed to recognise it as such. In failing to do so, these vulnerable groups remain unprotected and in peril.

Moreover, while ISIS and its affiliates may eventually be defeated in Syria, they are spreading their attacks to other regions of the world: Egypt, Spain, the United Kingdom, France, Belgium, . . . even Southeast Asia have been affected.

It is imperative that the international community join together to stop this growing threat because their genocide’s intentions won’t stop at the borders of Syria.

The UN must stand against the ongoing genocide by implementing appropriate penal tribunals, coordinating a more effective use of coalition military force, administering a more efficient delivery of aid, and providing meaningful in-region protection for victims such as the establishment of safe-zones. The Charter of the United Nations demands no less.

We must not allow the silent screams and tearless cries of Christians and other religious minorities to go unanswered.

Join us as we continue vigorously advocating to provide support and protection for Christians who are the victims of genocide. Sign our petition today, and help us stand against and end the ISIS genocide against Christians.