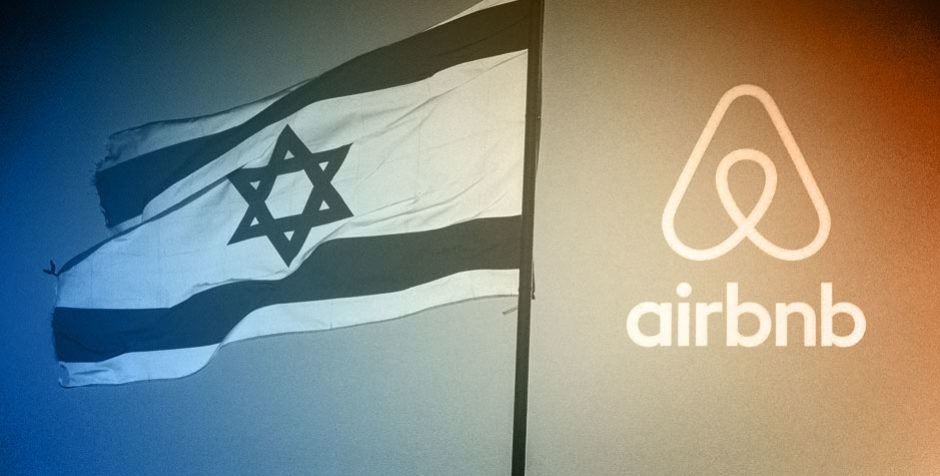 Airbnb Singles Out Jewish Homes for Delisting in Israel

As we’ve been informing you, the ACLJ has been at the forefront of fighting the antis-Semitic, terror-backed “BDS” (Boycott, Divestment, and Sanctions) movement. BDS seeks to hurt Israel economically and politically. We’ve educated federal and state legislators and helped pass important, cutting edge anti-BDS legislation in many states. BDS is not just a form of economic terrorism, it’s a global campaign to dehumanize and demonize the Jewish state, and it has led directly to a terrible increase in antisemitic bigotry, hate, and violence around the world, including in the United States.

BDS on American college campuses is the main source of a new epidemic of antisemitic activity, and the ACLJ has been representing students and faculty around the country who have been targeted, often simply for being Jewish.

Earlier this year, ACLJ attorneys attended an international conference in Jerusalem hosted by the Government of Israel, with activists and lawyers from two dozen countries. When we were introduced to speak, Israeli officials declared that the success of the anti-BDS efforts at the state level in the U.S. were the single greatest success story in the global struggle against BDS and should serve as a model.

On November 19th, BDS took a step forward on a new battleground when the American company Airbnb announced it would participate in an overtly antisemitic BDS boycott. Claiming that its policy was that “companies should not do business here because they believe companies should not profit on lands where people have been displaced,” Airbnb announced it was no longer listing Jewish homes in Judea and Samaria (the historically correct name of what many today refer to as “the West Bank”).

We’ve already written about how the claim that Israel is an occupier is false. But even if Airbnb believed the claim, it’s impossible to ignore the fact that of the dozens of lands where people have actually been displaced and of the many disputed or undeniably occupied territories around the world, from Western Sahara to Cyprus to Tibet, this was the only place Airbnb decided to delist homes. Moreover, Airbnb only delisted Jewish homes – Arab homes in the same area continue to be listed. Remember, these are not Israeli government entities; Airbnb is delisting private houses and apartment rentals owned by Jews. What possible rationale can excuse this blatantly antisemitic policy?

Fortunately, thanks to the past few years of education and legislation, elected officials around the country have sprung into action. From the ACLJ’s good friend, South Carolina legislator Alan Clemmons, who has singlehandedly spearheaded multiple waves of state legislation fighting for Israel and against BDS and other forms of antisemitism, to newly elected Florida Governor Ron DeSantis, to friends in states including Ohio, Texas, and beyond, state officials have announced they will investigate what measures can be taken to combat these antisemitic actions. In many cases, this is a direct result of anti-BDS laws passed over the last few years.

In addition, the ACLJ has been contacted by individuals who want to proceed with legal action both in Israel and in the United States against Airbnb. We are reviewing the cases and advising lawyers now as to the best legal avenues available. We will keep you informed as those cases proceed.

The ACLJ continues to actively implement our legal and legislative plans here in the United States. We will continue to work with state legislators and officials to combat BDS and antisemitism, and we will fight on behalf of those who are being targeted by this blatant economic terrorism. We will continue the fight, and you can join us by signing our petition below.