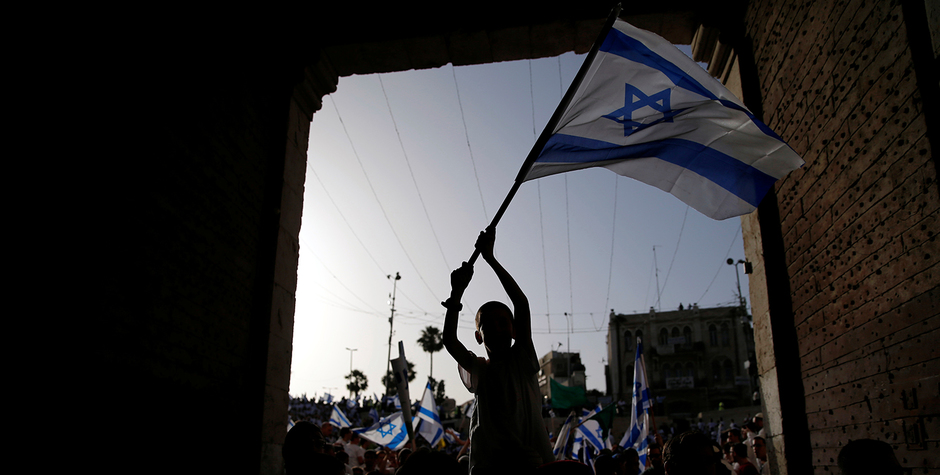 The ACLJ continues to lead the fight against the anti-Israel BDS (Boycott, Divestment, and Sanctions) movement – a movement that seeks to delegitimize the State of Israel through discriminatory and illegal tactics – in the courts, in the media, on campuses, in boardrooms, and at every level of government: international, federal, state and even local.

Recently that leadership was recognized by a national organization of state lawmakers as we also secured a major legislative victory on the local level.

ALEC – the American Legislative Exchange Council – is an organization of almost 2000 state legislator members representing all 50 states. State legislatures are becoming one of the key fronts in the battle against BDS, and the ACLJ is working with ALEC in order to educate their legislators about the threat of BDS, coordinate anti-BDS legislation nationally, and provide the unique resources only ACLJ can bring to assist states in fighting BDS.

At ALEC’s last national meeting, I along with ACLJ Senior Litigation Counsel Carly Gammill briefed legislators from more than 35 states on the BDS movement and on existing anti-BDS initiatives, including ACLJ’s unique multifaceted approach. ACLJ found strong support for Israel at ALEC and a deep desire to help. Now we are working with legislators and ALEC staff to create national model state legislation to be introduced by ALEC members in state capitals all across the country.

Recently, ALEC’s national chair – Senator Leah Vukmir of Wisconsin – published an article talking about the importance of fighting BDS in which she highlighted the ACLJ’s leadership role:

“Americans are overwhelmingly supportive of our ally Israel and every single state has economic and often many other ties with Israel, bringing home the benefits of Israel’s remarkable cutting-edge technologies in medicine, agriculture, water tech, energy, security and much, much more. But even for those who do not see standing with Israel as a state issue, BDS must be fought because it does not just attack the Jewish state. BDS is also the basis for a newly emboldened and vicious anti-Semitism here at home. . . .

“In state capitols around the U.S. and in Washington, DC, the American Center for Law and Justice (ACLJ), a member of the ALEC International Relations and Federalism Task Force, and its colleagues in many anti-BDS groups have been working with legislators to fight BDS. As America’s leading law firm dedicated to defending constitutional liberties, ACLJ is willing to go to court to protect Americans from BDS attacks. Recent examples of ACLJ work relating to public university systems can be found here (where the victim is not Jewish) and here (where there is evidence of a pervasive atmosphere of hostility toward Jewish students).

“Collectively, these efforts are chipping away at BDS, legally and publicly repudiating their propaganda. But there is much more to be done in terms of education and legislation. The situation on campus continues to deteriorate. States have an enormous role to play.”

We agree that the states have an enormous role to play and appreciate Senator Vukmir’s support for the work the ACLJ is doing. Together with the many ALEC legislators who are friends of Israel, we will continue to push for more anti-BDS laws.

At the local level, we are also seeing significant legislative progress.

On May 18th of this year, I stood shoulder to shoulder with Hempstead Town Supervisor Anthony Santino and his colleagues on the Hempstead Town Board at a press conference where they announced their intention to pass anti-BDS legislation.

The Town of Hempstead is not just any town: it is the biggest town in the United States. In fact, Hempstead’s population is bigger than that of 5 states.

Here at the ACLJ, we have worked with the Supervisor’s office and other friends on the Town Council.

Yesterday, June 21, Supervisor Santino and his colleagues made good on their commitment and, once again, the ACLJ played a role. Participating in the hearing at the request of the Town Board, I testified on behalf of the ACLJ in support of the legislation.

The ACLJ applauds the Town of Hempstead’s legislators and legal team for this victory against what Israeli Supreme Court Justice Hanan Meltzer has called the “political terrorism” of BDS. We will continue to work with them and with others around the country who are standing up to the anti-Israel, anti-Semitic aggression of BDS.

After last month’s monumental moment at the U.N. where ACLJ Chief Counsel Jay Sekulow presented the case for defeating BDS propaganda and invidious discrimination, we have been actively implementing our legal and legislative plan here in the United States.  We will continue the fight, and you can join us by signing our petition below.